We can do this better. Let’s find better alternatives to the problem of pet overpopulation. 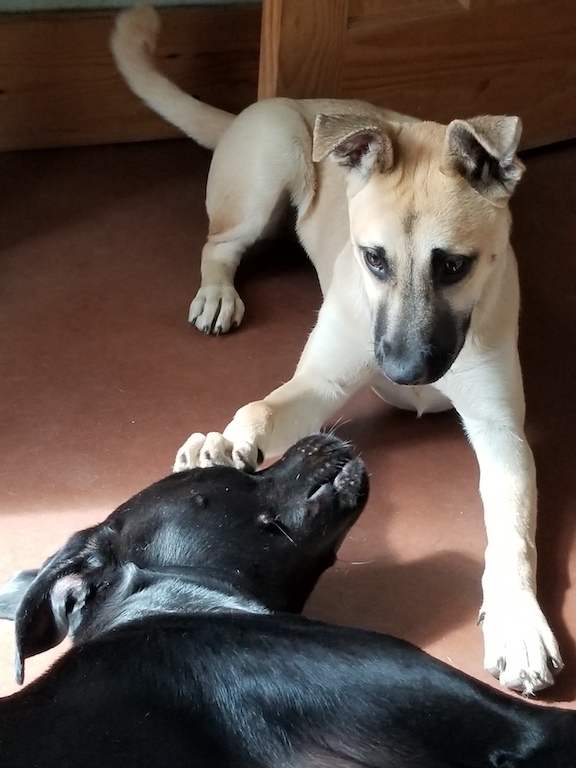 We can do this better.

One of my favorite Buddhist activists, Joanna Macy, once said that humans created the problems we are suffering from, and that humans can create the solutions.

I embrace this logic. I revere Buddhist philosophy for this proposition.

A loving, painfully and tragically innocent, helpless and fragile creature comes into our awareness, blesses our physical domain, and we respond to this gift of their presence by saying to them, Today, it’s your turn to die. The shelter worker cries as she opens the kennel door. The puppy in her arms nestles his muzzle in the crook of her elbow. He has no idea what waits. She is forced by contractual employment to place him into a gas chambers, flip on the switch and murder him or put a needle in his paw, and hug him as she send him back to the place from where they came.

It is a rejection of a gift of life from God (or some Deity) himself.

Is that the best we can do?

Perhaps shelter workers accept this premise. Perhaps, they rationalize that the animals they help send to their death are better for having had the accompaniment of a gentle, compassionate heart in their final moments.

It pains me to look into the eyes of my own rescue puppy and realize, she could have met the same fate as the others are, right now.

Since we’re calling upon some Divine intervention for the ills and afflictions unique to humanity, let me say this:

People created the shelter system to provider safe haven for homeless dogs and cats. The term “safe haven” being the most ironic of all—an animal in a shelter has a 50/50 chance of getting out of it alive.

The rescues are pulling thousands of animals from kill shelters by the month. I hesitate to ask, How long can they keep up?

Who created the system of euthanizing animals? Why is acceptable to ignore the animals in our midst, allow them to wander untended and intact, breeding new litters every two months? Rescues feel the urgency to go get them before they, too, are shoved into gas chambers.

This system, if we can call it that, is as broken as it is cruel. And it needs to end.

It’s so much more humane an alternative to what we are doing now.

On behalf of Smudges, the rescued four-legged one.