Why doesn’t my friend leave her abusive partner? 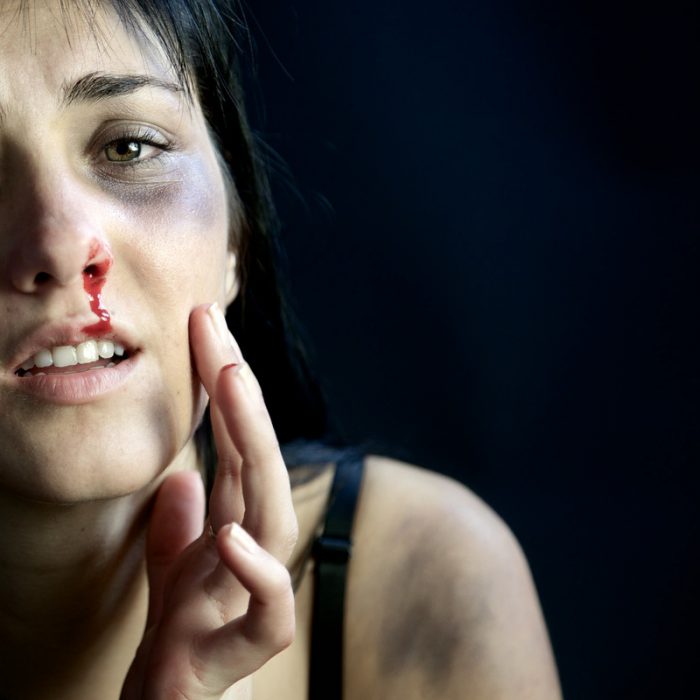 I’d been sitting in the cramped room that felt more like a closet, for about 20 minutes. The hustle and bustle of the hospital had quietened when she closed the door and all I could hear was the sound of my heart thumping and the mumbles of the social workers’ voice. She glanced at her watch and feigned interest in my answer but what she needed was to move me quickly through the overcrowded system.

She asked me again, “So tell me, why didn’t you just leave him?”

“I don’t know” was my go-to answer all those times he asked me why I upset him so much.

I wanted to shout at her, “Because nobody would understand!”, but instead, I just stared ahead searching my mind for a way to appease her.

And besides that, I thought, he told me what would happen if I said anything, so why would you ask a secret keeper to reveal  information? You wouldn’t ask a journalist to reveal their source would you? My shoulders shifted closer to my ears.

When a woman is knee-deep in an abusive relationship, her brain isn’t wired to look for solutions that will remove her from the situation because she’s too busy looking for ways to placate the abuser. If you ask her straight up, why not just leave?, she would automatically play out all the scenarios of what he said would happen to her if she did, along with anything else that branched out from that fear.

When his threat was “I’m going to come after you and I will find you”, that would be the trunk of the tree and hundreds of branches would grow from there. She would instantly imagine herself hiding with her children in a new place, him finding her and banging on the door, or lying in bed at night listening to every noise in the house and fearing that he would find his way in. She would imagine walking to work and looking behind her all the time or him showing up at the kids’ school and the teacher not realizing that they can’t go with him. She would know how he could charm the pants of any woman and she would spill the beans to where she was. And she might even imagine the brakes in her car being cut.

All of these images would fly through her mind in a few split seconds and her brain would so busy resonating to them, that it wouldn’t have the room to create new possibilities.

When the abuse was emotional, she would remember all the times he would say “If you leave me, nobody else will ever want you”, and she’d fall into thoughts of I’m too fat, my boobs are too small, I’m stupid, I’m not a good cook and no other man would want me and so I’m willing to change because I’m lucky that he does want me.

If you tell her that she’s worthy of better and that she didn’t deserve this treatment, she wouldn’t be able to hear because she’d be lost in preservation, not disruption. She would be holding it together not tearing it apart. She would be hanging all her hopes on the idea of him changing, not of giving up and moving on. Her mind wouldn’t be saying “I need to leave”, it would be endlessly repeating “how can I fix this and make it work?”

Because it’s not possible to hold two thoughts at the same time, she would be thinking of her first priority which was protecting herself and her children by keeping him happy so the abuse would stop, not on her need to move on. The mind talk that would hold the most power over her would be the one that denies her own power, the trickster that keeps her there by hoping he will change; that’s the devil that holds the power over her. That negative power combined with her belief that she’s not worthy, has a stronger hold can take her down faster and hold her tighter than any positive thought can.  Just like the power of the lion and the hope that the antelope has of fleeing, the lion usually wins. She’s the elephant tied down with a simple rope.

You might think it’s weakness of mind that keeps her stuck but it takes tremendous effort to be in a relationship like that. Every waking moment of the day she’s thinking, planning, scheming and doing everything possible to make him happy. There’s no time for her to sit and ponder life or consider leaving because as soon as she resonates to the word leave, her mind brings her back to what she’s been convinced will happen when she does, so it’s a vicious cycle.

But sometimes, there’s a crack that opens a possibility of escape. It’s just a tiny sliver of hope that slowly grows until such time that your friend can begin to consider leaving, or it may be that the threats shift towards her children and creates a surge of protective energy in her that can’t be ignored and that’s when you can approach her a little more strongly.

And then sometimes, it hurts her so physically that she ends up in the social workers’ office at the hospital.

I looked back up at the social worker and she was leaning into me with her notepad on the desk and I noticed a tear had slipped out of the corner of her eye. At that moment, I saw that we were kindred spirits but she had been able to make that move. I suddenly felt her compassion and knew that I had been projecting my own sense of unworthiness onto her by not believing she cared. It was then that I knew it would be ok to let down my guard a little and allow the long journey of healing to begin.

So if you’re faced with someone you love and know she’s in an abusive situation, treat her as you would any person that is addicted. Her addiction is to low self-worth and that can’t be treated by telling her she’s stupid to stay; she already knows that. What she needs to hear is that you will be there for her to support her and help her get to a safe place and that there are organizations out there that have the resources to help. Look for one in her area and have it ready for her when she asks.

As her friend, it’s hard for you, I get it, but it helps her more if you are educated with best practices and don’t jump to conclusions or give advice unless you have the experience or professional education to back you up. Just be her friend and let her know that although you don’t understand why she doesn’t leave, you do understand what friendship means and that you will be there to support her.

Here’s a few tips on the shelter in my area (http://haltonwomensplace.com/how-to-get-help/how-to-help-others/).