Yoga as a Gentle Art of Healing for People of All Ages. 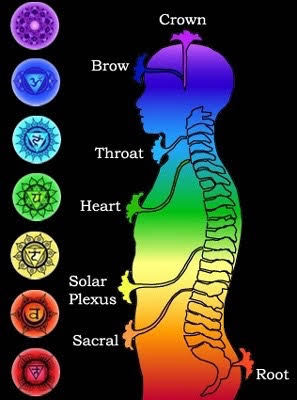 Yoga can be accessible to almost everyone. It need not be a performance art as it often is seen in North America. Yoga can be very helpful for the aging population including those with limited mobility and flexibility.

I had been Facebook friends with Yogacharini Maitreyi for some months after connecting through several magazine articles I had written. I thought she lived in India so I was surprised to get the news that she was organizing an “Arkaya Multidimensional Healing Retreat in Victoria.”  I was quite reluctant to attend the yoga healing retreat in March 2018 because I was 69 and although I had practiced yoga when I was 16-25 years old, it had been over 40 years since I had done yoga. Maitreyi assured me it was mostly breathing exercises and explained that there were chairs and many exercises would be done lying down, standing or walking.

Maitreyi started the workshop by explaining that her tradition of yoga was meant for gentle healing and to integrate the body, mind, spirit and our connection to the universe. Her introduction to yoga came from her grandfather and later from formal schooling in India. Some types of yoga in North America are more like performance arts but the yoga to be introduced in the workshop would be easy for everyone. It was based on a traditional yoga as practiced in India which she called Arkaya. The whole weekend was very gentle, healing and energizing and there was only one exercise that was too much for me. Maitreyi was a very down to earth and practical teacher who was easy to learn from. Live performances of special music took the workshop to a deep level of relaxation and meditation.

I do a bodywork energy healing called “Harmonic Resonance” or “Trager” in my day to day life and this workshop was also about cultivating energy for healing. Breathing exercises and the use of the hands to feel “prana” energy were taught. Much to my surprise there was a bit of partner yoga bodywork healing at the end of the first day. It was almost identical to the Trager work I had learned years earlier. Maitreyi pointed out that many healing arts use work that is derived from yoga.

Maitreyi did a demonstration on the last day which included measuring the activities of the chakras using a pendulum as a tool. Several people volunteered to lay down in front of Maitreyi as she held the pendulum over various chakras and commented on the action of the pendulum. I was one of the subjects, and although I have few physical problems I do suffer from an enlarged prostate gland. I take a prescription drug to help alleviate the symptoms which works by lowering the activity of the adrenal gland. Maitreyi measured all the chakras without seeing anything unusual. She held the pendulum over several organs and reported that I have issues with my adrenal gland. I was astonished that she detected this with the pendulum. At first I was totally skeptical of a pendulum approach but her analysis was right on target!

I found that everything presented in the healing workshop was easily accessible and my life has become more effortless and yet more productive since attending. Below are some of the key things I absorbed from the weekend class.

In the Arkaya system there are many paradigm shifts that happen. Effortless effort is used in learning to pace oneself. Exercises were offered to become aware of one’s own resonance with the universe as felt within the body and cultivated by mindful breathing. This subtle process enables ease and grace in yoga practice. It prevents the injuries that sometimes occur in more aggressive yoga practices.

Another paradigm shift offered in Arkaya is the focus is on awareness through breathing, then achievement happens automatically.

The Multidimensional focus on healing is a revolutionary approach. This approach includes the body, emotions, mind, prana, aura and our connection to the cosmos. Music was used in the workshop as a tool to open us to the expanded perspective on health. Body, emotions, mind, energy and cosmic self are integrated through Arkaya. A unique practice called the Jyothi Kriya, which integrates the different dimensions one exists in, clears and balances chakras, increases prana, builds and protects ones auric field.

A step by step approach to expand ones body’s capacity as well as mind is offered using authentic teachings with all the classical tools like jathi, conscious rhythmic movement, kriya- action for purification, vinyasa, mudra, mantra etc. are integrated in Arkaya yoga. Yoga is presented as a way of life, where food, lifestyle, emotional patterns and habits are reflected on and shifted for the better to enhance life.  The tag line for Arkaya is “Enhance life, Yoga is bonding without being bound.

It was an honour to meet Maitreyi and to work with the whole class as we expanded our self healing through the music, gentle breathing and movement based exercises.

Feedback from Attendees of the Workshop

“Life transforming weekend, lead by beautiful Yogacharini Maitreyi with an incredibly supportive community in a most peaceful venue.  Can’t wait for the next one!” – Eszter F.

2. “As soon as I showed up and met the teachers and all of the people attending I felt like I belonged with the group. I was really surprised with how much I learned about the benefits of practicing Yoga. I was even more surprised with the cleansing and healing techniques we were shown.

After the 1st day I felt super clear headed and was in a really good mood. This lasted 2-3 days and I’m looking forward to practicing Yoga on a regular basis so that I can feel that clear mentally all the time.

I have had severe shoulder pain for 8-10 years including surgery 3 years ago that didn’t improve things. After the healing work I received on day 1 my shoulder felt better than it has in many years and this has continued for 1.5 weeks following the retreat!
– Dan M.

Maitreyi along with Mr Paul James, a HR consultant in India runs Arkaya Foundation which focuses on Human empowerment. The foundation

a) Supports and empowers children living in the slums
b) Conducts free yoga sessions
c) Deals with women’s issues and sexual harassment  in offices and women empowerment. Speaks about invoking shakthis and teaches practices for cultivating expansive qualities

Yogacharini Maitreyi is a visionary who has cultivated evolutionaries around the world.  email: [email protected]

The Arkaya Teacher Training in Vancouver and India is a self awareness program that takes you into the subtler principles of classical Yoga, traditional Tantra, Healing and Ayurveda. There are community classes held once a week in Vancouver and Victoria as well.  Email [email protected]

Magazine Article about her work: