Valentine’s special:
It’s Never too Late to Fall in Love with your Life.
Get two ecobooks, gift one or both, & your second book is 50% off.
Shop now >>

Valentine’s special:
It’s Never too Late to Fall in Love with your Life.
Get two ecobooks, gift one or both, & your second book is 50% off.
Shop now >>

Jeff Brown is a breakthrough voice in the self-help/spirituality field, and the author of six inspiring books: Soulshaping: A Journey of Self-Creation, Ascending with Both Feet on the Ground, Love It Forward, An Uncommon Bond, Spiritual Graffiti, and Grounded Spirituality.

In his previous life, Jeff was a criminal lawyer and psychotherapist. Since pursuing his path as a writer, he has launched many initiatives, including founding Enrealment Press, and an online school, Soulshaping Institute. He is the producer and key journeyer of the award-winning spiritual documentary, “Karmageddon,” which also stars Ram Dass, Seane Corn, Deva Premal and Miten. He has written a series of inspirations for ABC’s Good Morning America and appeared on over 200 radio shows. He also authored the viral blog “Apologies to the Divine Feminine (from a warrior in transition).” A popular presence in social media, Jeff’s new terms and well-loved quotes became a phenomenon some years ago, and continue to be shared actively by seekers and growers worldwide.

In April, 2018, he was invited to Ottawa by Sophie Grégoire Trudeau—gender equality activist and the wife of Canadian Prime Minister Justin Trudeau—to film a conversation with her about emotional healing and inclusivity. Excerpts from that dialogue are viewable on Sophie’s Facebook and Instagram pages.

Jeff currently lives in Canada with his wife, poet Susan Frybort. At present, he is getting caught up on lost sleep after writing Grounded Spirituality, and preparing for the next stages of his creative journey and path of sacred activism. You can connect with his work at soulshaping.com, soulshapinginstitute.com, karmageddonthemovie.com, and enrealment.com.

God Projections—& Other Realizations from my Conversation with Ram Dass.

The Monkey Mind is Not the Source of our Anxiety: A New Manifesto for Grounded Spirit…

3 Essential Tools for Healing & an Empowered Sense of Self.

Why we “Godjectify” Bad Gurus & Allow them to Hurt Others.

Masterybation: Why Perfecting our Spirituality won’t bring us Enlightenment. {B…

Our Spiritual Teacher isn’t found in God or the Buddha, it’s Here. {Book …

The Gnarly Parallels between Nazism & the Spiritual Community. {Book Excerpt}

When your Relationship reaches a Crossroads: a Practice to Clear the Path. {Book Exce…

To the LGBTQ Community: The Apology we Should have Given you Long Ago.

How to Handle the Death of a Difficult Parent.

V-passiona Meditation: How Two Lovers Merged with the Divine. {Excerpt}

10 Ways to Bypass the Real.

What is an Awakening Man? 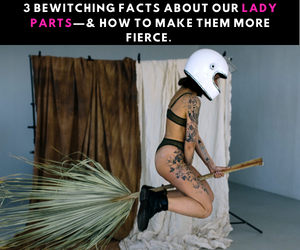 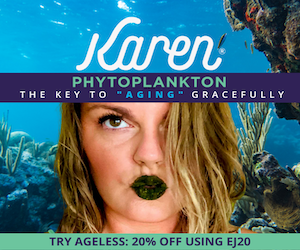