Rusty here, dropping another elephant journal review on you. This time, I attended the 27th annual Great American Beer Festival… or what is referred to as the GABF. It all went down in Denver on October 9th-11th, and I was lucky enough to get a ticket to this sold out event (courtesy Joe Pezzillo, longtime elephriend).

I’m not talking about a small local beer event, I’m talking about the beer festival of all beer festivals…Like, if you poured all the beer into one river you could probably swim it to Dublin and back (wouldn’t that be a delightful swim?). It’s where any serious brewery comes to try to score a coveted GABF medal. Here are the overwhelming stats: 46,000 people attend over 3 days, 432 breweries present, 2052 beers, and 225 medals to be awarded. It truly is an event of epic proportions. Over the course of 3 hours on a Saturday evening, I had the duty of taking a spin through the 2000+ brews and determining my favorite selections. What you are about to read was the result of much hard work and dedication… and I certainly remember every single beer I tasted… ha, especially those last 20 samples.  It’s a colossal hit list of favorites, but it was necessary to cover this incredible event.

Also, when it comes to buying beer in the USA, none of the major breweries are American-owned anymore and definitely not produced within several miles of your house. But considering all the best beer is from the ever-growing world of local microbreweries, buying local beer is the way to go! I also came across several breweries with organic brews and sustainable business practices. Beer that is fresher is better and buying local is always the most sustainable way to do business, so take note and visit your local brewery.

Here are my favorites… also known as the Elephant Hit-List:

NEW BELGIUM BREWING COMPANY: New Belgium…our supremely eco beer friends. They are the modern day example for running a green sustainable business, and Fortune 500 companies visit them just to learn about their state of the art sustainable facility. The beer is legendary… anyone who has ever visited Colorado knows the legend of Fat Tire. Beyond that, 1554 will change your idea of dark beers. I ‘d consider stockpiling it in case of an economic depression… it will get you through!  They also won a Gold medal for their Mothership Wit Organic Wheat Beer… yum. You must visit the brewery, they give the best tour in America!

GREAT LAKES BREWING COMPANY:  This Ohio-based brewery might be one of the best overall… they have won multiple GABF awards for almost all of their beers. The Dortmunder Gold is legendary, and it’s one of a few breweries that make a Dortmunder style. Another fave was the Rackhouse Ale… oak aged, 9.5% alcohol, with a smooth bourbon taste.

GREAT DANE PUB & BREWING CO: Wisconsin is known for it’s beer, and this gem is found in Madison. They had an aged Barleywine from 1999… 9 years old! The Devil’s Lake Red Lager is Delicious as well, try it if you’re ever in Wisconsin!

ROGUE ALES BREWERY: Rogue walked away with 3 medals at the GABF, which only adds to their impressive lineup. Also, they clearly list the exact ingredients on the backs of their bottles… no preservatives, additives, or fake stuff! The Oak Aged Imperial Red was a real treat; wish I lived in closer to Portland.

SIXPOINT CRAFT ALES: Mason’s Black Wheat was the most interesting Hefe I had at the convention… creative thinking from the Brooklyn brewers. Next time you’re in NYC, get some Sweet Action… an incredible golden balanced ale… sweet yet a little hoppy. And furthermore, try the HOP OBAMA if you live in NY, a brew that defies traditional styles like the Presidential-hopeful;  it’s as close of an endorsement a brewery will give!

BROOKLYN BREWERY: Another Brooklyn establishment… and apparently they love dark beers, because the Black Chocolate Stout was Imperially dark with lots of chocolate and some coffee flavors… pretty strong as well. It’ll put a zing in your step, which I definitely remember.

HOPWORKS URBAN BREWERY: The self-proclaimed only Eco-Pub in Portland, props to “HUB” for considering the green alternative at every step in the process. From composting to renewable energy, they are right on target. Especially when organic ingredients and eco-choices cost more, HUB is doing it and making some incredible brew! You must try the Organic IPA!

PIZZA PORT CARLSBAD: This SoCal based brewery is one of my national favorites. The imperials are out of this world, and they certainly cleaned up at the GABF with 5 medals. You gotta respect the  Night Rider Imperial Stout, and if you make it to the San Diego area try the Hop Suey Double IPA!

MOUNTAIN SUN BREWERY: Our local friends represented Boulder with Colorado’s finest and kindest. Home of one of the best IPA’s I have ever had… the FYIPA. It rivals anything… too bad they don’t sell it in six-packs. A visit to this brewery is highly recommended… don’t forget to try the Colorado Kind.

TERRAPIN BEER COMPANY: The Rye Pale Ale is paramount! The sweetness and body of the Rye, with the balance of 5 types of hops… this Athens, Georgia brew is the best all-around Pale Ale that I tried at the GABF. Also, they collaborated with local brewers LEFTHAND (Longmont, CO) to make Terra-Ryez’d, a double black lager brewed with Rye.

DOGFISH HEAD CRAFT BREWERY: I confess, I camped out at Dogfish Head for more than a couple beers. The 60 Min IPA is the smoothest all around IPA ever created by the hands of men. On top of that, the Randall III, a contraption that directly infuses fresh hops with every pour, was used to further enhance the brew. Check out the photo above. I started dancing jigs when I found Dogfish Head… they have to be one of the world’s best breweries.

AVERY BREWING COMPANY: This local Boulder, Colorado brewery is the champion of big beers. They are all about huge over the top monstrous creations, and the beers are so potent you can age them in your “beer cellar”…  which probably means your crawl space. They did win a silver medal for their experimental Fifteen Anniv. Ale, however, I think you’re better off going with the Reverend, the Kaiser, or the Czar. Oh, or the Collaboration Not Litigation Ale… these guys do not mess around and you better get your arse to the brewery in Boulder and experience it for yourself.

OSKAR BLUES BREWERY: The Gordon’s IPA, affectionately known as “The Gordo” to some, is one sticky and sweet brew. Double the strength, I think it is Oskar Blues finest offering. Also of note is Dale’s Pale Ale, which the New York Times rated the best Pale Ale in America.  A word of advice: if you’re drinking Gordon’s in it’s home state of Colorado, just blame it on the elevation!

BARLEY BROWN’S BREW PUB: This was one of the pleasant surprises of the the night… I wasn’t expecting much but the Turmoil Black IPA really set itself apart from the crowd. Think IPA meets stout… super sticky & resin-y piney hops… mixed with smooth mellow malts. In the Elephant Awards, Oregon has a winner here. 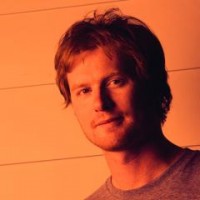