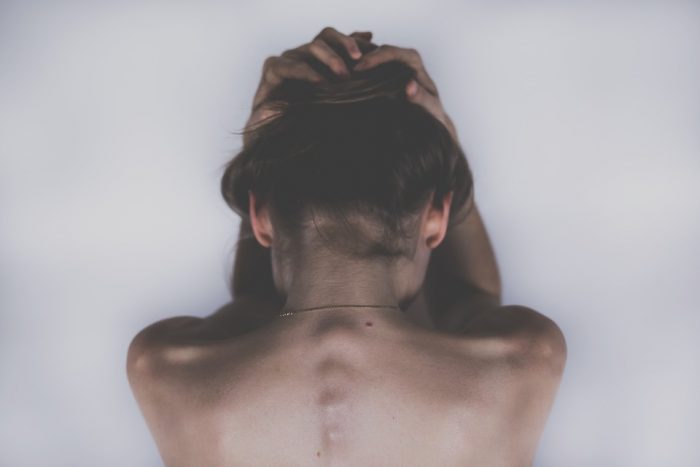 I spent a year and a half living up at Shambhala Mountain Center, and when I wanted a break I headed to a dark, smoky bar called the Red Feather Café [recently burned down—ed.].

The Café isn’t the only dive bar in western Larimer County, Colorado, but it is the only one with two pool tables, good service and great pub food. Half of the regulars are the local ranchers. The other half are fellow Buddhists from Shambhala Mountain. Almost any night of the week, I could find both ranchers and Buddhists shooting pool at one of the two tables or sitting at the bar, matching each other drink for drink.

The basic Buddhist teachings on alcohol consumption are quite clear. Alcohol, the Buddha taught more than 2,000 years ago, is a poison that clouds the inherent clarity of the mind. That timeless logic would explain why, if you visit a typical American Buddhist community or meditation center, you are likely to be entering an alcohol-free zone.

Yet there is no prohibition on frequenting the Café or even on drinking alcohol at Shambhala Mountain. While public consumption of hard liquor is verboten, wine and beer are regularly offered at private parties, public events and special dinners—places you see alcohol in regular American life. It wasn’t long before I started wondering: “Why wasn’t my Buddhist retreat center on the wagon?”

The answer, like most involving Buddhist practices, lies in the particular lineage of teachings represented at Shambhala Mountain. Acharya [senior teacher] Bill McKeever, Shambhala Mountain’s resident teacher a few years back, explained how drinking alcohol in certain contexts is considered one of the many advanced practices offered in Shambhala’s Tibetan Vajrayana tradition.

It is called “mindful drinking.”

Here’s the basic idea: once a meditator has developed basic Buddhist discipline (known as Hinayana training) and adopted the intention to dedicate his or her life to benefit others (the Mahayana view) the practitioner is ready to incorporate Vajrayana teachings, in which the simple prohibitions outlined in traditional Buddhist sutras are re-evaluated. When a meditator reaches this point, which usually takes a number of years, a dangerous substance like alcohol is viewed—within a context of strong discipline and clear intention—not as a conventional escape, but instead as a tool for loosening the subtle clinging of ego.

“Imagine you are enjoying a picnic in a beautiful spot with your lover,” McKeever told me. “You want for nothing in this situation.” If you choose to drink at this moment, theoretically, you have no reason to overdo it. You’ll drink just enough to relax, to appreciate your situation and, as McKeever puts it, “to help your ego go to sleep.”

That is why for centuries, in the Kagyü lineage monasteries scattered across the high plains of Tibet, monks incorporated alcohol into their esoteric Vajrayana practices. When one of those Vajrayana lamas, Chögyam Trungpa Rinpoche, fled Tibet during the Chinese invasion of the country, he brought his teachings—including those on the use of alcohol—to the West.

Every other summer, more than 100 people gather at Shambhala Mountain to become full-fledged Vajrayana practitioners. In the 70s and 80s—long before the Dalai Lama visited Central Park—Chögyam Trungpa taught Buddhism in North America, establishing hundreds of meditation centers, including this rustic retreat in the Rockies. For many people, Vajrayana Seminary is the culminating event after years of study and practice. The students meet every morning in a large white tent in the center of campus, and spend their days mixing meditation, lectures and study groups. At some point, they are given a lesson in mindful drinking.

As a relatively new student who has not yet attended Vajrayana seminary, I’ve never experienced this lesson, but I’ve been told that it is much different than a night at the bar. Imagine people seated in a meditation position with cups of sake in front of them.

McKeever recalled the lessons Trungpa Rinpoche offered him decades ago: “He had us take three sips and then look at the effect on our mind. ‘Have you relaxed?’ he’d ask. ‘Is your mind extending into space? If so, stop there.’”

The goal of drinking mindfully is to bring full awareness to every sip.

Once instructed in this setting, Vajrayana students begin incorporating the practice into regular ritual feasts, which are not unlike Jewish Passover seders, where alcohol is served. “If you’re really paying attention to alcohol’s effect on your mind, those feasts can be illuminating,” one Vajrayana student told me. “Literally, everything is brighter.”The practice acknowledges an intuitive truth: a little alcohol can be a useful thing.

The problem out in the real world is that it can be hard to know where the line between utility and abuse lies. It turns out that, despite their mindful drinking lessons, it’s hard for Buddhists, too. “When the formal feasts work, they can be great. But sometimes people drink too much and it can be a disaster,”said John Ohm, a resident at Shambhala Mountain, a Vajrayana practitioner and a recovering alcoholic.

That’s in a formal setting. The issue gets even muddier in plain old social contexts. Few Buddhists claim to be practicing “mindful drinking” when I see them out at the Café. The community is remarkably tolerant of drunkenness—it’s about as prevalent up there as it was when I lived in New York. When a visitor or a new arrival inevitably questions the drinking, it is common for an old hand to justify excessive behavior by explaining that Shambhala Mountain is a “Vajrayana practice community.”

Chögyam Trungpa was by all accounts a prolific drinker. McKeever said that Trungpa implored his students to follow his teachings, not his personal embodiment of them. It was a distinction that many students missed. “We just didn’t get it,” he told me. “Because we’re Buddhists we think we’re special. But drunkenness is drunkenness.”

Ohm pointed out that mindful drinking should be seen as one valid tool within a vast tradition—and a dangerous one for people with an alcohol problem. “Alcohol is suicide for some people,” he said. “‘Mindful drinking’ can be such an easy excuse.”

Vajrayana practitioners need only remember the context of the mindful drinking lesson in order to use it correctly. Ohm recalls a comment made by a fellow recovering alcoholic Buddhist: “When I get to the point where I can walk through fire or fly through the air, then I’m ready to try drinking again.”

Without the formal Vajrayana lessons, most of us are left to get the gist on our own. But the heart of this teaching, like so many of the Buddhist instructions, is easily accessible for any individual willing to maintain an open, honest perspective.

Before I left Shambhala Mountain, I turned a few visits to the Café into my own mindful drinking laboratory. On the nights when I ordered one or two beers, I noticed that I felt relaxed and open. If I picked up a pool cue, I could even hang in a game with the ranchers. Then there were nights when I ordered that third or fourth beer. When that happened, my mood vacillated.

And my pool game? Don’t ask.

Mindful drinking at its finest:

The above is conservatively adapted from the original, which first appeared on beliefnet.com.

Ted Rose is the director of Business Development for Renewable Choice, a clean energy company. His audio commentaries have appeared on NPR’s All Things Considered. For more: ted_rose@mindspring.com�