Was Chogyam Trungpa Rinpoche an alcoholic? Dispelling myths with openness. 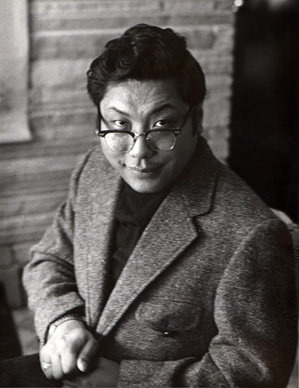 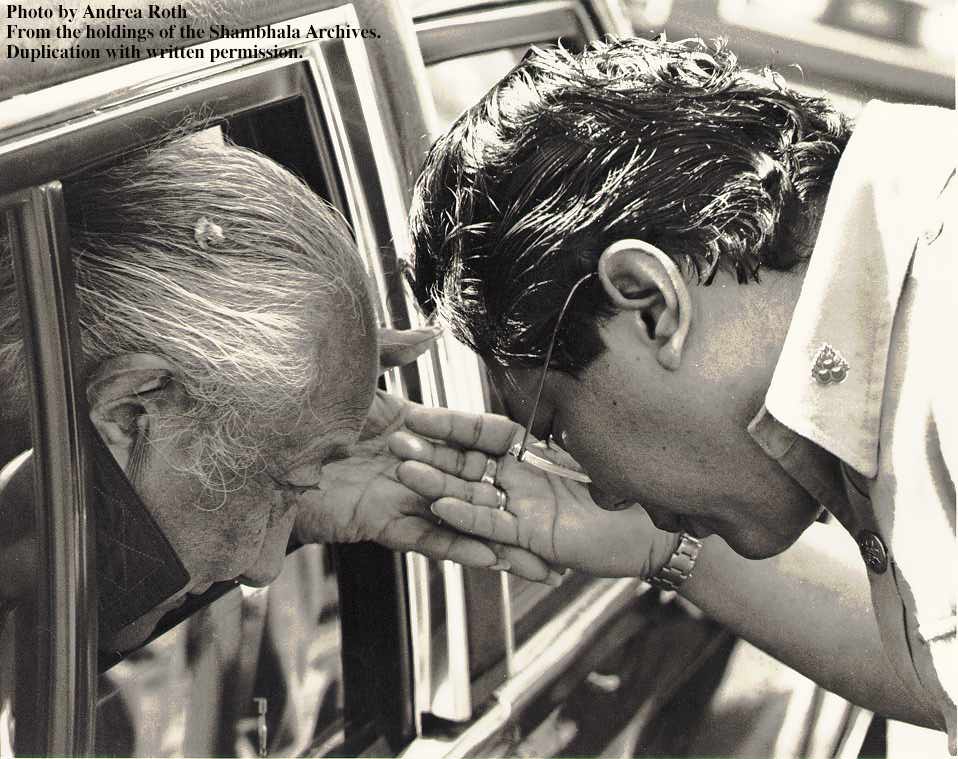 Was Chogyam Trungpa Rinpoche an alcoholic?

Did he sleep with some of his students? Was he chauffeured around in a Mercedes?

And, do bears shit in the woods?

The other day I was talking with a newer student of Buddhism, who was falling in love with Chogyam Trungpa—the late Tibetan Buddhist guru largely credited with transmitting esoteric Buddhism into terms immediately accessible to the modern West; the founder of Shambhala and Naropa and a wild and crazy rock star of a guru, particularly in his ever-growing posthumous legend.

The young student, my friend, was making her way through his extensive teachings in books, video, audio. As she cut my hair, she said, “you know, it’s too bad, most people can’t get past his lifestyle—sleeping with all his students, drinking all the time.” He was was chauffeured in a Mercedes, if you want to add anything to the list.

And I wound up my old inner ear recording of what I thought about all that, which I’ve said a thousand times, and answered her.

Basically, here’s the deal. Chogyam Trungpa didn’t sleep with all his students, of course—not even many of them. Many of the students he did sleep with were married, but this was the 70s when key parties and wife swapping were far less foreign to fun-lovin’ party animals than they are now. This was the height of the sexual liberation: post-feminism, pre-AIDS.

Trungpa Rinpoche was, like an rock star or leader, incredibly charismatic and attractive to his students. There was, however, then, little sense of power-play. Example: he asked my mom, once, who was lovely and tall and fit, if she’d like to sleep with him. She thought it over, and demurred: I think it’d get too complicated, I’d rather stay just teacher-student. They continued to be as close as close can be, she became a senior teacher and leader in his tradition, and she gets all googly-eyed to this day when you ask her about Trungpa Rinpoche.

Another point to remember: Trungpa was half-paralyzed. He couldn’t walk without assistance. Spending time in bed with Trungpa Rinpoche, one of his consorts once told a crowd (back in the day, his community was very open about all this) was like having a picnic, for the most part. You were just hanging out. It was all very sweet and quiet and meaningful.

Most importantly, however, and I think this also applies to Beat poet and Trungpa student Allen Ginsberg’s sleeping habits, which were occasionally far more out there—Trungpa Rinpoche was wide open. There was no secretive powerplay behind-the-curtain hypocrisy, secrecy or bullshiite going on. He was who he was.

As for alcohol…yes. He drank a little, much of the time. Every lecture I saw him give, there was a glass of sake. It’s true, everyone drank (and smoked) a lot more commonly back then—it was less of an event, like “Let’s go out for a drink,” than it was something you did while you did other things.

In this case, however, I do think he was susceptible to alcohol. His early administrative and entrepreneurial energy and brilliance changed, along with the color of his skin, after say 1981 or 2 or 3 or certainly by 1984. I remember old students of his regaling me with profound spiritual narratives about how they didn’t serve him the whole beer, and he knew it…some of his handlers and attendants certainly fell into the role of enablers, and he died of liver failure I’ve been told. It gives me great sadness to think that he could be with us, still only 69 years old or so, right now, instead of passing away in 1987. That said, he often told his students he wouldn’t be around for long, and that we were a non-theistic tradition, and that they’d better learn to run and direct things without him—one of the most profound lessons of all, and one my Shambhala community still struggles (often successfully) with.

As for the Mercedes, the man was a king in the Buddhist tradition. I’d be happy to drive him around myself, today, everyday. He couldn’t drive himself, due to his being partially paralyzed.

So, I hope that provides context and does away with some confusion on the whole WAS TRUNGPA A CULT FIGURE question. Now, as that young student has done, forget all the entertaining questions and get back to basics: pick up one of his books, right now…and you’ll recall how open, how knowledgeable and energetic and well-studied he was…he was no cultish dilettante. He was perhaps the greatest American Buddhist teacher we’ve run across, a man who galvanized hundreds and thousands of strong personalities with big dreams, and families with simple dreams, and young students with neurosis and sadness…and he told them all the same thing: