Is Quentin Tarantino an Inglourious Basterd?

What is the point of this movie!?

I take one step out of the theatre with the experience of being bludgeoned in the head with a Louisville Slugger. Such an affect can only be produced by a master shock artist like Quentin Tarantino, this time around the trauma results from his latest Inglourious Basterds. It’s taken close to a week for me to write this review, you could say I’ve been processing. Now, after having the chance to review the events of the film in my mind including reliving the experience of seeing someone repeatedly stabbed in the head with a ten-inch military issue bayonet it may be possible to offer some thoughts on the movie. Spoiler alert: this blog will tell aspects of the movie that you will not want to know if you plan to see it.

This movie has some of the best moments of face to face stand-off between characters ever. We’re talking OK Corral to the max, but remarkably enough they often don’t involve physical violence. Basterds is punctuated by violence not filled with it. The movie consists of long periods of dialogue and confrontation demonstrated not through physical assault but through cinematic tension. Tarantino’s characters combat one another with every ounce of their being; their words, expressions, and gestures all contain the constant threat of a tremendous explosion, which is held in until the last possible second. But is his directorial skill overshadowed by his need for gore?

While Tarantino may, technically speaking, be an excellent director, I am reluctant to say he has any sense of purpose behind the work he produces except perhaps to make his audience gasp and/or gag. Analyzing his use of violence is not meant to apologize for his gross display but is rather to make my own gross display of playing the movie critic, so here goes. Is Tarantino little more than a director of horror movies? Probably. Can violence serve as artistic expression? Undoubtedly, and Tarantino makes graphic violence so defining a part of his movies that one must either consider his films popcorn, and therefore worthless, or acknowledge that he has made violent death an aesthetic element of his work.

As a film Bastards demonstrates that with enough violence one can be numbed to the “cause” of any person or group of people (i.e. a platoon of Jewish soldiers fighting a Nazi war machine). In this sense it takes away the mystique of movies like The Dirty Dozen and The Great Escape, by showing that war is nothing but of series of brutal vendettas. There is no redeeming quality to be seen in the Bastards because in the end we know next to nothing about the cadre, except that they love killin’ natzis. They are in fact as a unit the golem alluded to in the film, a mythic creature of Kabbalistic origin, without soul, or any self-fulfilling purpose.

By far the most fascinating thing about Bastards was the opportunity to watch the spectacle at the end of the movie. A theatre full of Nazis is burning down, Hitler is shot in the face with a sub-machine gun, and the Bastards have their revenge. So what was the response of our own theatre audience? Often when there is some outrageous scene of violence in a full house one will hear laughter, either from anxiousness or exuberance. However, so unsettling is the sight of two men executing a crowd of hundreds of people while a dead woman’s haunting laughter pipes through the scene, so through and brutal is that scene of revenge, that everyone in the theatre was silent. Not a whisper of disgust, not a single laugh, but a pervasive and tangible silence as though every person was trying to sink into their seat and hide. Many of us feeling satisfaction at the Nazis getting their just deserts or recognizing that violence brings violence back upon itself and such a cycle will never end. 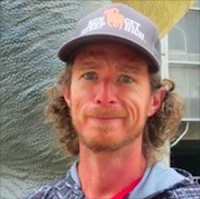