How to work with Regret or Guilt. ~ Waylon H. Lewis 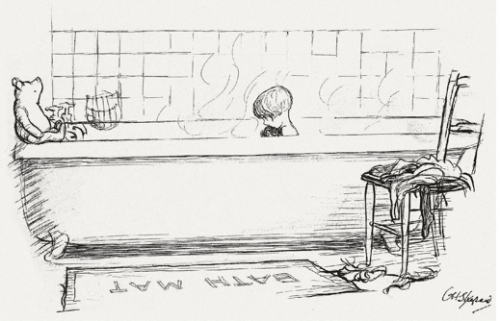 The scariest question of ’em all.

A friend of mine, lovely, stylish, smart, educated…hasn’t had a serious relationship since she was 20. She and I got to talking awhile back, at some dinner party or bar, and she talked about how it was nearly impossible for her to silence that insistent “What’s wrong with me?”

I shrugged and grimaced. Seemed hard to make her feel better without sounding patronizing. Yet, fact is, she’s amazing. So I tried being frank.

“Yah, 10 years is a looong time. But look, you’re wonderful, attractive, smart…the only thing wrong with you is that you think something is wrong with you…that you don’t have enough of what they call lungta in Buddhism or head and shoulders in Winston Churchill-speak.”

Growing up, my mom would tell me how Chögyam Trungpa Rinpoche, my parents’ Buddhist teacher (at least until they divorced, and my Old Man became a Jew for Jesus, briefly) would say that regret was great. Looking backward was invaluable. It helps you see problems, and then go forward in a new way.

But then he said,

I’m newly single, since right before Halloween, and have gone on some dates. Dating is exciting, full of insecurity and fun, both. Being single is like opening the windows in the winter and feeling the fresh, too cold air. It’s nice…and it’s not.

Asking boys or girls out is full of what Buddhists call hope and fear, two sides of the same coin called samsara (cyclical habitual suffering). I find I’m often less myself, asking a girl out, than in just about any other area of my life. It’s interesting practice—and thank god for my meditation practice, or I’d take it all pretty seriously and try and figure it out.

Now, I’ll try and be discreet, here, since my ex-girl and others may read this, and I don’t want to speak out of school. But suffice it to say that I’m 35, and because I killed elephant magazine and have taken the last year to rebuild it online, I’m farrrrr from ready to settle down and have a family. I can’t even pay my {you name it}. So, while I build elephantjournal.com and our Walk the Talk Show up, for the next few years, I’ll likely be single, a merry workaholic, traveling a bit to green and yoga conferences and such.

That all sounds nice, but fact is life for a bachelor is sometimes lonely. You eat cold (organic) nachos at home with your warm (rescue) dog, four nights a week. If one had more money, one would go out more, travel more, but as it is you have a good, solid, reasonably fun and thoroughly fortunate life, and Boulder is a helluva lottery ticket of a town to get stuck in for the past 7.5 years as I’ve built, destroyed, and am rebuilding the elephant media community. Live in Boulder? Got a bike? You’re all set to enjoy life.

This week, I asked a girl out who, while too young for me was mature, together, fun.

(Boulder is full of college and grad school ladies, but most 25-30 year olds are more career oriented, and therefore live out in them there big cities…Denver, LA, SF, NYC etc. Then, there’s a ton of 30-40 year olds, but most of them have families or are ready to have them. This may sound impolitic as a generalization, which thank god that’s all it is, but it’s also a universally accepted fact among my brothers).

After a series of texts, she said, sorry sucker, not interested. It was something of a surprise, but I shrugged it off. Still, a voice came out of the soup of my otherwise pragmatic mind…

“What am I doing wrong? Am I out of shape? Too speedy? Not charming or confident enough? Not as cool as that guy over there with that woman…” Etcetera. Fill in your own doubts. Fact is, we allll have our shortcomings. And yes, we need to work on some of them (and some, we just need to breathe in, and out, and accept ourselves as we are).

I broke it down for a girl-friend today over lunch at Salt like this:

“Folks think I’m a ladies’ man. I wish. I ask out some girls over the course of two months, say 70% have boyfriends. Most of the good ones do. The other 30%, maybe you go out, but at most one or two will turn out to be a good fit, socially, character-wise (ie, you like each other, are comfortable, have fun, relaxed). That’s if you’re lucky.”

If you’re not lucky, and lately the Vegas of my Love Life has been sweeping the table, you’re alone.

Alone is basically good. It’s square one. Home base. Loneliness is our first and last true friend. We’re not talking a hard, brittle, self-pitying or proud sort of loneliness. The kind of loneliness my Buddhist tradition teaches me to befriend is raw, red, open, awkward, sweet, cheerful, and in love with life.

So: Happy New Year’s! I’ll be going stag, in my killer new vintage thrift-bought tux. Bought it for $21, tailoring cost $35, that’s a deal.

Loneliness & what to do about it.