Boulder liberals don’t have it all right?

History and culture lessons were always incorporated into my Spanish courses in high school and college. And since Latin American history is dotted with military coups, golpe de estados were frequently part of the discussion.
I should preface this by saying that I am a New Vista High School graduate. Those of you in Boulder probably know what this means and for the rest of you, I will just say that the school is usually associated with words like alternative, liberal, classic Boulder. After graduation I moved to Eugene to attend the University of Oregon, an arguably more liberal town and almost equally liberal school.

So, when I arrived in Chile last July I was farmiliar with the history of the country’s 1973 military coup that overthrew Salvador Allende’s government and ushered in Augusto Pinochet’s 16-year dictatorship, as well as a very liberally slanted opinion of which sides were right and wrong during the conflict.

I assumed that his supporters were the minority; the few power hungry citizens, fueled by greed and backed by the CIA, working to overthrow a national hero.

And in some ways this was true. Allende’s politics were greatly at odd with US interests and numerous investigations have confirmed the United States government was actively involved in the overthrow of Allende. And, his policies in the short time he was permitted to lead, were definitely more favorable for the poor than the rich.

Still, after five months and countless conversations with Chileans about the coup and the years that preceded it, my perspective has certainly changed. I learned quickly that the picture that was painted by my high school teachers and college professors, none of which were Chilean and most not even from Latin America, of Allende’s politics and the state of the nation under his rule was, at best, incomplete.  And more importantly, that Pinochet’s supporters were not all the intolerant, greedy, and oppressive upper-class citizens that they were portrayed as by my educators.

My friends and I were advised by our abroad programs directors that the coup is still a sensitive subject for Chileans and that we should be cautious in discussing it with our host families and friends.

Pinochet was only voted out of office in 1989. Many of the people who left or were exiled during the coup and the years that followed still live overseas. New information comes out daily about what really went on during his regime, and the many of the cases of those who died or disappeared under his rule are still unresolved. And most importantly, Pinochet died before facing trial, leaving behind a fractured country that never got the resolution it needed to find unity and move on as a nation.

After discussing abortion, gay rights, sex education, drugs, religion, and any other potentially controversial subject with my host mother I was not shy about asking her opinion of Pinochet. Her values were liberal on all the above categories-atheist, pro-choice, etc. So, I assumed that her opinion of Pinochet would be as equally left.

But, while she acknowledged the murders, disappearances, torture, and other human rights violation suffered under his rule, she told me that she and her family were politically conservative and supported Pinochet in his rise to power. And, after talking with other Americans living with host families, this seemed like a common opinion among this specific demographic in Chile.

Granted, most of these families were, at the point when Pinochet took power, in the upper class minority in Chile and had the most to lose economically from Allende’s Marxist ideals on more equal distribution of wealth and land and his attempts to nationalize Chile’s most profitable industry: copper.

Nonetheless, Allende’s short presidency had economic consequences that they too felt the effects of.
By the summer of 1971 Allende made copper mines, previously managed by outside firms, state run. This lead to a Cuba-like reaction from the U. S. government and Nixon encouraged a boycott of international loans to Chile. And internal conflict within the worker’s groups appointed to run the newly nationalized companies halted production.

Attempts at agrarian reform angered landowners and farmers and led to a massive food shortage by 1972, which Allende responded to by government price controls on everyday goods. Without economic support from the rest of the world, Chile’s lack of production growth, and growing discontent and protest from the upper and middle classes, the Chilean economy began to crumble under increased debt and inflation.

The nation was ripe for a military coup, which Pinochet brought it on September 11th, 1973.

Bombing of La Moneda presidential palace in Santiago, Chile during the coup

The years that followed may have brought more economic stability for Chileans, but at a cost of many freedoms and basic rights- especially for those who opposed the new regime.  And, one of Pinochet’s most powerful tools to maintain control was by censoring the media.

Information was so limited within Chile that many citizens knew less about what was happening in their own country than foreigners did. So, support for Pinochet continued through much of his dictatorship until the late 1980’s when the blanket of fear that stifled discussion and opposition within the country began to lift.

It’s not excusable for Chileans, or anyone, to ignore their history. And it certainly won’t bring unity to the nation if supporters of Allende or Pinochet choose to remain ignorant to, or deny what happened in their country under his rule. But, understanding more of the environment in the nation before the coup and the stifling of information that came afterwards put the situation of my family and friends in Chile into perspective, and made their conservative politics seem more reasonable.

It’s been easy for me to oppose conservatism and advocate for social change when I lived most of my life in Boulder- one of the nation’s wealthiest cities and arguably the best place to life in the country. It was easy for me to adopt my previous opinion of Pinochet supporters. It was easy to tell myself that if put into a similar situation I would gladly surrender my privilege because my lifestyle and my family’s wealth have never been threatened.

It’s not uncommon for people to judge a situation without ever having to face it personally. And it’s not necessarily wrong to do so. We will always form opinions about countries we’ve never been to and of people’s lives we’ll never lead. But, we should also not be surprised when we find out that we were wrong. And, most importantly, we should never block ourselves from being proven so. 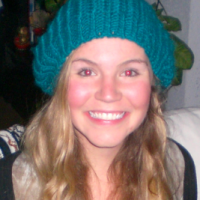