The Eight Limbs of yoga 2.0. Ahimsa: Pacifism, or the Resistance of Oppression?

by Matthew Remski with Scott Petrie

This post is number two of 33 on the subject of “Eight Limbs in the 2.0 Age”. #1 gives an outline of our general inspiration and approach (– check out the comment-thread as well to get a sense of how we invite and facilitate interaction on the levels of form, content, and tone).

Here we navigate some delicate theoretical dimensions of ahimsa, currently translated as “non-violence” within modern yoga. We’ll follow this blog next week with a more colourful and personal account of this rich landscape. Our thoughts are by no means complete: our goal is to provoke continual enrichment and revision through discussion.

Is the principle of non-violence vibrantly clear to us in modern yoga culture? Does it appreciate the difference between the internal attitude of pacifism, which serves a metaphysical ideal, and the externalizing promise of resisting oppression, even through violent means, to serve the causes of justice and equality? Do we as modern yogis hold pacifist ideals? Can this obstruct our embodiment, and perpetuate distrustful attitudes towards the flesh? Can this excuse us from difficult decisions?

As always, language complicates the issue.  The popular translation of ahimsa as “non-violence” blurs the distinction between pacifism and embodied action by implying that violence per se is our problem, and not the intention to oppress others that motivates systematic violence.

Violence is often seen from a metaphysical stance – as a catastrophic virus that must be rewired or deleted through spiritual practice. But open eyes show us that violence exists on all levels of relational being. We eat and are eaten. The body itself violently disposes of parasites. We have no qualms about the tiger pulling the zebra to the dust in an ecstasy of hunger, blood, and surrender. We do not criticize (anymore, at least) the woman who maims her would-be rapist in a surge of rage and indignation. We indeed have moral and emotional room for far more vitality and assertion than “non-violence” would suggest. In our hearts, most of us may actually value violence, even if we can’t quite define its uses or limits, because we are looking at our world in much different terms than the ascetic framework of pacifism contains.

Our 2.0 age demands a complex awareness of all of the effects of our actions and non-actions, both upon those plants and beings we know, and upon those we have never seen nor will ever know. No generation in history has been more aware of interconnectivity, and therefore more primed for empathy. Most people in the world can’t buy a pair of shoes without contemplating even for a moment where they were made, and whether by children or economic slaves. It is upon the loom of this globalized socio-economic network that older visions of ahimsa must now be stretched.

To the extent that the Yoga Sutras are inspired by the transcendent ethics of the Jains (the yamas are directly transposed from the Mahavratas), the ahimsa of the 1.0 era is posed not as non-violence for the sake of empowering others, but rather as “non-contact” for the sake of personal karmic withdrawal and purification. The Jains and the early yogis didn’t refrain from harming others so that they could build conscious community, but so that they could escape the stickiness of karmic bondage. This ascetic version of ahimsa might be better translated as “non-involvement”. The reduction to social and logical absurdity of this stance would be: “If I keep myself from hurting you for long enough, I might just be able to leave this sorry planet and never see you again.”

This may ring empty for those of us who want to stay, and who feel there is much work to be enjoyed.

A 2.0 attitude would shine a questioning light on every corner of non-involvement in modern yoga practice.  It might also help to develop the awareness that non-contact is an impossible ideal in a world so deeply interconnected and interdependent. Wherever an impossible ideal lurks, it may be concealing a hierarchical model of reality that will never satisfy the heart, and may separate people into those who think they are living it, and those who know they cannot. Holding an impossible ideal may also reflect a yearning for the perennial and illusive goal within our shared developmental psychology: to re-establish contact with the perfect parent.

As modern yogis living in paradoxical world of disembodiment and institutionalized physical oppression, we need to define more clearly what the energy and intention of both personal and communal violence actually is.  This is very difficult, but we can begin with this: violence that seeks to assert human rights and redress oppression can be yogic, while violence that seeks to deprive human rights is always pathological.

If we can agree this far, we can posit that defending ourselves vigourously, with our bodies, against verbal, physical, and ecological abuse is never an act of oppressive violence.  It is an act of self-assertion.  It does not seek to establish permanent power over another through force and to deny that other’s uniqueness. It expresses the very real need to restore relationship and mutual self-existence between ourselves and our aggressor. Without that restored balance, we die inside, and leave the Other to his bitter solitude.

The Patanjalian categorizing of ahimsa as a yama (a restraint), may no longer be accurate. The etymology of yama suggests that its practice brings a kind of death to an aspect of one’s personality. The common meaning we retain today is that the yamas kill egoic selfishness. But if we restrain ourselves from justice, our selflessness is in question. In the face of multiple levels of actual and threatened violent oppression in the Majority World and our environment, ahimsa may be better positioned as a niyama (something to be unleashed). A promise to connect, and act.

If we train ourselves psychologically to restrain ourselves, rise above, overlook, withdraw from or otherwise lie down in the face of oppression, we may well be oppressing ourselves, as well as others. As a yama, ahimsa is an internalized threat against a certain behaviour. But any metaphysical ideal that would encourage a practitioner to not engage with potentially conflictual actions for the sake of personal karmic gain is psychologically crippling, and socially dysfunctional. Ahimsa taken to a dogmatic, pacificist, and self-directed ideal can actually constitute a deep form of dissociative cruelty.

If we reframe ahimsa as a niyama – a necessary observance, a vow we swear– we can begin to stretch its application into the realm of fighting oppression, which can indeed involve violent actions. Holding ahimsa as a denial of violent action is neither attainable nor honest with regard to human behaviour. Viewing ahimsa as a harmonizing of anti-oppressive intention for all actions, both violent and peaceful, transforms it from self-concern to self-and-other concern, and makes it a necessary and relevant tool for fighting oppression.

Through this reframing, the beauty of the battlefield that Krishna displays in the Bhagavad Gita becomes clearer: the yogi sees life and death feeding each other in a circle of evolutionary passions, and he vows to participate. His very body, like the world he surveys, contains both peace and violence. They oscillate in perpetually imperfect balance.

In her essay “Justice is a Woman with a Sword”, D.A. Clarke writes: “Non-violence is far more impressive when practised by those who could easily resort to force if they chose.” The modern yogi can ask herself: “Is violence in the name of non-oppression morally and psychologically accessible to me?” If it is not, has ahimsa stolen her relational power? Has ahimsa regressed her into an ascetic ideal of non-participation?

If her force is psychologically accessible, her warrior pose will not only exude ease and grace, but also a silent warning to all who see her that oppression will not be tolerated.

How do we practice non-dogmatic, anti-oppression ahimsa? There won’t be any rules – this much is clear. It all comes down to what we are willing to do in any given situation.

Here’s the wiki-bait: What would you do, as a yogi, to combat oppression? What violence might you engage in – towards re-establishing dignity, equality, and the elevation of self and other?

(Feel free to comment anonymously if it this is more comfortable. Self-exposure isn’t the point, although it can be declarative and motivational for some. For now, we’re just concerned with free-thinking.)

Matthew Remski is an author, yoga and ayurvedic therapist and educator, and co-founder of Yoga Community Toronto. With Scott Petrie he is co-creator of yoga 2.0, a project in writing (one book done, eight more in the sushumna-chute) and the embodiment of all things post-dogmatic.

yoga 2.0: shamanic echoes, is now available for kindle and other e-readers. 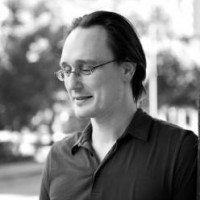