In celebration of the earth and my 20 years on it, my favorite places around the globe that highlight the beauty and importance of our environment…

April is my absolute favorite month. It represents springtime, includes my birthday, and features more exciting environmental initiatives than I am able to keep track of, many centered around Earth Day, on April 22.

Earth Day has passed and April is nearly over, but what better time to start writing for elephant journal than now?

I see Earth Month as a time to reflect upon, be thankful for, and take action to protect our natural surroundings. For the past forty-one years, the international community has come together to honor this precious resource that we all share! While that is truly terrific, such stewardship must extend beyond a specific event, beyond the day, beyond April. We have only one planet – and it is the privilege and responsibility of our collective populace to ensure it remains a thriving sustainable place for future generations.

And appreciation of our environment can begin with something as simple as getting outside!

Now, I may not seem like your typically outdoorsy girl, but let me tell you…I adore it. Bewildering rock formations, steep grassy slopes, violent crests of waves, mammoth blocks of ice; these are the sorts of images that come to mind when I think of nature in its pure form. The natural world is quite majestic.

So, in celebration of the earth and my twenty years on it, I would like to share twenty of my favorite places around the globe that highlight the beauty and importance of our environment.

And I would love to hear some of your favorites as well! Let’s share and celebrate the magnificence of nature worldwide…sound good?

Kakum, Ghana: A tropical rainforest, this area is teeming with local foliage and home to rare and endangered animals, including elephants, meerkats, and hundreds of species of butterflies. ‘Tis truly amazing to look down at this lush and rich ecosystem from the canopy!

Viñales, Cuba: Do you know what a ‘mogote’ is? Unique to this region, the incredible – and geomorphologically complex – landform is made from remnants of limestone and appears as dome-shaped hill with vast cavities. Note: pronounced mo-GO-tay.

Ronda, Spain: In Andalusia, the Guadalevín River has carved the remarkable El Tajo gorge, a canyon that is now over one hundred meters deep with exceptionally steep walls. Such a chasm is living proof of the startling power of nature!

Great Rift Valley, Kenya: Although this geographic split runs continuously from Syria to Mozambique, its heart lies in East Africa. Just north of Nairobi, its deepest and narrowest basin features lakes, volcanoes, and staggering views. A haven for birds and animals, it is also rich in fossils that tell about human evolution.

Patagonia, Argentina: Ice fields are wild fantastical places. I cannot think of any part of our environment where the effects of climate change and global warming are more apparent than amid this vulnerable terrain in the Southern hemisphere.

Luxor, Egypt: Imagine sand, rock, and stone making up an entire landscape as far as the eye can see. This may not sound awe-inspiring, but I guarantee that such a sight is precisely that. Hot arid waterless land covers hundreds of thousands of square kilometers, with only periodic oases that can sustain life.

Tortuguero, Costa Rica: Swamps, lagoons, beaches, and rainforest are but a sampling of the eleven distinct habitats in this vibrant tropical wetland. Its humid climate and great rainfall allow for vast biological diversity and the ability to support sensitive life forms, including sea turtles, crocodiles, sloths, toucans, and thousands of species of trees and plants.

Koh Ngai, Thailand: The coral reefs of the Andaman Sea are not to be missed! Off the west coast of Thailand, pristine turquoise waters surround this island, teeming with colorful coral and exceptional aquatic life – all of which is there for endless viewing, but not taking.

Eco-Age, UK: I thought it would be fun to toss in one place that, while not a purely natural setting, certainly celebrates the beauty and value of nature. The one-of-a-kind Eco shop is an escape from the hustle-bustle of London, a green hub that brings together sustainable and ethical creations from all around the globe under one roof.

Zanzibar, Tanzania: I have dreamed of Zanzibar since I was a tiny little girl. Tales of this mythical land filled my imagination, but in person, the island paradise exceeds even one’s most exotic dreams. It is everything a gorgeous wildlife-rich beach-filled archipelago can be, and more!

The Galilee, Israel: This picturesque region of Northern Israel is home to the Sea of Galilee or Kinneret, the largest freshwater lake in (and a main water supply for) the country, which sits in the same Great Rift Valley that extends north from Africa. A landscape as spectacular as this certainly deserves to be immortalized in photographs and on postcards time and time again.

Santorini, Greece: Although much of the volcanic island has collapsed into the giant central lagoon, Skaros remains attached to the mainland via a thin path. The uninhabited rock formation features breathtaking 360-degree views of the Aegean Sea and a unique vantage point of the most magnificent sunset on earth.

Umbria, Italy: The rolling greenery and grasses of the country’s small central region look too lush, to perfect to be real, rather seeming to belong only in an oil painting. But indeed, this natural splendor is ready to be witnessed in the flesh.

British Columbia, Canada: Up, down, left, right, front, back: ice. This is the vista from the massive ice fields of Western Canada, which extend into Alaska as well. Filled with notable peaks and mind-blowing crevasses, this is the home of – and source for – numerous glaciers.

Atlas Mountains, Morocco: Separating the northern Mediterranean and Atlantic coastlines from the Sahara Desert to the south, this extensive mountain range is home to a plethora of species that are more European, than African. The mountainous regions are fascinatingly diverse in topography, climate, formation, and resources.

La Colonia, Uruguay: Standing on a natural jetty out into Rio de La Plata, one feels as if at the edge of the world, not the banks of a river. A serene expanse of water lies ahead, fading into the distant and mysterious horizon.

Mekong River, Laos/Myanmar: One of the planet’s great rivers, vast amounts of water are carried along its course through six countries in Asia. Despite unpredictable rapids and waterfalls in some areas, just before entering the Golden Triangle and meeting Thailand, the Mekong is a delightfully tranquil border between the two countries of Laos and Myanmar. 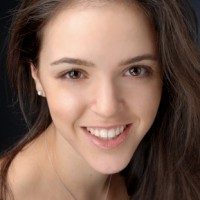 Erin Schrode is a young ecoRenaissance woman. As the “face of the new green generation,” the co-founder and spokeswoman of Teens Turning Green promotes global sustainabili… Read full bio