Yogis have mapped the entire cosmos into twelve “stages” of consciousness. As humans our journey towards wholeness, which is the prime directive of our lives, follows this twelve stage progression, relatively speaking. Stage 1 is basically unbridled hedonism where we act on impulse and get/consume what we want in the most immediate, uncensored way possible. Stage 2 is where we “wake-up” to feeling like we are out of control with our impulses so we exert control over our appetites. This stage often employs moral codes and laws that are characteristic to religions and societies.

Stage 3 is “radical self-acceptance.” We are completely at ease with our desires – including our “dark/shadow” impulses – of stage 1. We are so aware and accepting of these desires that they no longer compel us to automatically act on them. Sometimes we do, and sometimes we don’t. But at stage 3 indulgence or avoidance are conscious choices, not compulsions. And at stage 3, when we do refrain from diving into a particular desire it is not because we think it is wrong or bad and it is not because we are repressing/controlling some urge… that is stage 2 mentality and behavior. Rather, in stage 3 choosing to do, or not to do, is based upon what is appropriate for that person, in that particular time-space situation.

The stage 1-2 cha-cha-cha may be fun, exciting, dramatic, and riveting - but the "push me, pull me" pattern is one of intense suffering. Photo: Jax Dance Alliance

Stage 3 is called “radical” because it is a huge step from stages 1 and 2. Many people live life doing what my teacher, Dharmanidhi, calls the “stage 1-2 cha-cha-cha.” We dance back and forth between “letting our hair down” and blowing off some steam, and “getting our act together” and “getting back on track.” Many people do not ever achieve the TOTAL self-acceptance of stage 3, which is requisite to having total acceptance of others, and therefore unconditional love (which is no small feat!).

The multitudes that live at stages 1/2 go to their death beds filled with some degree of inner conflict, guilt, and shame for what they did or didn’t do, should have done, or should not have done. This is not a good way to die. It is useful to contemplate this scenario in order to inspire the motivation to do the work that it takes to experience the total, radical self-acceptance of stage 3.

I will reference Stephen Cope’s, “Yoga and the Quest for a True Self” for its ability to bridge the gap between yogic spirituality and modern psychology. He writes about self-acceptance and the polarities of life:

“The problem is that we human beings tend to choose for one side of the polarity and against the other side, artificially attempting to split life down the middle. We choose the mountaintop and eschew the valley. We cling desperately to pleasure and attempt to banish pain. We chase frantically after gain and run from loss. Or perhaps we do it the other way around, choosing the ‘dark side’ of the polarity – hate over love, fear over wish, dread over hope, loss over gain.”

“Whichever way we attempt to split the polarities of life, one thing is certain: we will suffer when we do. Life lived from one side of a polarity is extremely difficult. It takes an enormous amount of energy to continually push away the denied aspect of the polarity. For what we deny inexorably intrudes into the convenience of our life. Whatever aspect of reality we split off from awareness will continually be presented to us by life. And more often than not, it will come to us, as Jung said, as fate – an unwanted and feared intruder. The more energy we have used to suppress it, the more powerful will be its reemergence in our lives.”

“Most religion and spiritual systems attempt to work with the poles of opposites by suppressing one side, using the sledgehammer of willpower, morality, and ‘the law.’ Yogic philosophy and practice, however, offer a way of to work directly with the daily visceral experiences of opposites, harnessing the energy of ‘both ends of the stick’ for the creation of the fully alive human being.”

Much of the work of Energy of Mind: A Sauhu Therapy is designed to help people accept the energetic polarities of stages 1 and 2, in order to arrive at stage 3. When stage 3 is home base then psychology is finished – the complete path of yoga is truly a whole new stratosphere.

Personal suffering is finished at stage 3! That’s what I mean by radical. How many of us are done with suffering? This doesn’t mean there aren’t difficulties – they just aren’t ever experienced as problematic. Many people consider this experience of a totally integrated and healthy personality that no longer experiences personal suffering to be enlightenment. But, as radical a departure as this state of being is from the common experience, it is only stage 3 of 12 in the total human journey.

Beyond stage 3, if interested, one is then primed for the deeper work of authentic dharma traditions that are adept at guiding people all the way to stage 12. It is said in these traditions that the base starting off point of inner yogic alchemy practice must be stage 3. Without such a healthy and appropriately permeable sense of self it is not possible to succeed at the advanced work of inner yoga. Until then, albeit important, that which we call yoga is really preliminary work to help us achieve stage 3. The higher stages of work are concerned with dissolving one’s sense of individuality and experiencing oneself as the entire Universe. These are not allegorical, but very literal teachings and experiences.

The trishula represents the totality of human experience: Shiva, Shakti, Nara, and the unity that is beyond these three and simultaneously the same as well. Photo: Dave Kleinschmidt

It has become popular to say, “Before you can experience no-self, you must have a very strong sense of self.” The best systems of psycho-spiritual work are ones that are born from a view of this totality of human potentia, our ultimate standard. In these systems one can either work their personal “issues” as prerequisite to further inner work, or the system can stand for itself as complete – having stage 3 as a final goal, which, as mentioned, is nothing to scoff at.

If one is interested in making a full journey of the human experience, Sauhu and other systems like it can help that person build the kind of foundation that will more easily dovetail into a path that traverses the higher stages of human consciousness. The foundation of radical self-acceptance that I speak of can be the base of all non-dual spiritual traditions like Kashmir Shaivist Tantra, Dzogchen, Bon, some schools of Buddhist Tantra, some schools of Zen, orthodox Doaism, Stav , etc.

Stage 3 radical self-acceptance is an amazingly good result where life is a very beautiful, nourishing and wonderful experience. In fact, it is rare that people live from this place and those that do have definitely “got something going on.” Ultimately, it is wonderful to understand that “there is no goal”, the path is not linear, suffering is a projected illusion, etc. But, we should not get lost in spiritual ideals that are not yet practical for us and only serve as buffers to narcotize us from our actual situations. Relatively speaking it is worth all the hard work and “effortful surrender” required to reach the stage 3 plateau because life at stages 1 and 2 is rife with tremendous amounts of suffering.

Stage 3 is a humongous, “ahhhhh…” a radical shift from our normal experience of life as a struggle. 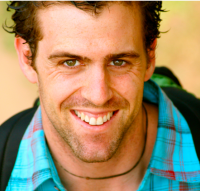