The Dirty Yoga “B” Word: Finding Balance In Business.

Yoga is for everyone.

Well, honestly, yoga is for everyone who can afford it.

Yoga studios are pricing themselves out of the range of the general population and yoga teachers are all about filling their classes to capacity or offering workshops in exotic locations.

Yoga in America has become just another business.

This is the not-so-new debate making its rounds through the yoga community right now. From inside the studio, to Facebook and Twitter, to teacher trainings the issue of yoga as a business has become a hot-button topic.

Most yoga teacher trainings incorporate at least some aspect of yoga as a business into their training. And yoga teacher trainees sit in class wide eyed and inspired to teach yoga to the masses and change the world.  Many of them believe they are there to serve a higher purpose and won’t need to charge for their classes.

Rather than continue with the yoga as business debate, I have a proposition. Let’s all climb down off our high horses and admit that yoga, like most everything else in life, is a service given in exchange for money.

In other words, yes, it is a business. I pay a fee to the community center to rent the room. Students pay me to lead the yoga class.  Uncle Sam expects me to pay him a share of my earnings in taxes.  By most definitions that is a business.

The question being asked though, is should yoga be treated as a business?  My answer is, why the hell not?

I spent less than $200 and just eight hours of my time to earn my group exercise instructor certification.  The basic requirements of the training were finding the top of the eight count, knowing the basic muscle groups and breaking down an L-step to the beat of the music. There was never any mention of business or the suggestion I should offer free aerobic classes to the community.

Later I spent thousands of dollars and years in yoga training and suddenly I’m a noble soul that should give away my time, energy and knowledge for free? Oh yes, I’m changing people’s lives. I’m part of a lineage that has been passed down from teacher to student for thousands of years.

Yes, that’s true. But my mentor teachers that teach me, as absolutely wonderful as they are, expected me to pay them for their time and knowledge. Nothing in life is free, baby.

But critics say yoga is too expensive. Not everyone can afford to take a group class in a downtown studio. Perhaps, but I can’t afford to go to a fancy New York hair salon and have my hair cut by a celebrity stylist.

Instead I go to my local stylist, a very skilled woman who does a great job and makes me feel better about myself when I leave her chair. It would never occur to me to ask her can she cut my hair for free since I’m short on money that month. That would be an insult to her skills and a hit to her business.

Many yoga teachers however, do feel a calling to extend the gift of yoga to those who can’t afford it. Recently yoga teacher Jess Lewis-Peltier (@holisticyogini) posted to Twitter asking other teachers opinions on offering free or donation based yoga classes. Lewis-Peltier pointed out that in tough economic times people will stop attending yoga classes.

But is attending yoga class a right or a privilege?

Carrie K (@veganyogini) pointed out that although donation-based classes are a good idea for those who truly can’t afford it, they run the risk of devaluing the practice as well as the time and training of the teacher.

“All things require an exchange of energy, and in our culture the way we do that is with money”, said Carrie.

I’ve tried to balance the act of service with the need to earn a living in my own teaching by offering free yoga in the park on Saturday mornings. I place a basket out in the grass, and if anyone feels led to they can leave a love offering. With gas at $4 per gallon, those donations make it easier to continue offering yoga to those who can’t afford full-priced classes.

Lewis-Peltier summed up the fee vs. donation based yoga teaching the best, “I think offering some for donation and some for a fixed charge is a good seva compromise.”

Yoga is such a part of mainstream culture now that you’ll most likely find yoga on the group exercise schedule at YMCA’s, fitness centers and gyms. Don’t discount the teacher as “just a gym yoga teacher.” If she has her RYT through Yoga Alliance, she completed her minimum 200 hours of instruction just like the teacher at the studio. I personally know YMCA yoga teachers who have travelled to India and are mentor teachers for Yoga Alliance certified yoga teacher training schools. So yes, there are damn good yoga teachers to be found in smaller, less expensive venues.

If a downtown fancy yoga studio is out of your budget, don’t give up on yoga.  Think outside the big studio box and explore other options. Odds are you’ll find a qualified, generous yoga teacher more than willing to lead a class not just for the money, but because she truly loves what she does.

Just please remember, she has a mortgage too. 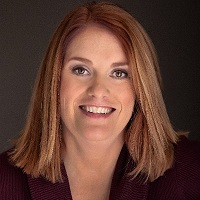