On February 1st, Yoga Journal kicked off a nationwide online “talent search contest” to find its next model.

To enter, applicants were asked to provide the following: their name, style (presumably referring to the type of yoga practiced), teacher, the number of years spent practicing, what they’re inspired by, and a photo “show[ing] off a pose you’ve mastered.”

Until April 15th, readers are able to cast votes for their favorite contestants.  Five finalists with the most votes will win Athleta gear, and one will be featured in the September 2011 issue of Yoga Journal.

The following index includes actual data submitted by applicants of the 2011 Yoga Journal Talent Search (YJTS), and various other Internet sources, where noted.

Percentage of respondents in a May 2006 Yoga Journal poll who answered that they “disagree with the concept of yoga competitions”: 92

Number of applicants who appear to be born without a surname: 375 (But seriously, one really was)

Greatest number of profiles created by a single person:  9

Minimum number of applicants who have already appeared in the pages of Yoga Journal: 3

Percentage of applicants who listed “the inner teacher,” “the Universe,” or “the present moment” as their teacher: 1

Position of New Age in the ranking of the world’s Top 10 religions:  0

Number of applicants who couldn’t or didn’t choose a teacher:  171

Number of registered yoga teachers in the US, according to Yoga Alliance’s directory: 25,566

Number of teachers cited by applicants who are either dead or a Hindu saint: 27

Number of applicants who listed “my students” as their teachers: 12

Number of students who would be confused by this role change the next time they walked in to take a class: At least 1

Number of applicants who cited “Guru in Rishikesh – not sure his name, the label wasn’t important” or “I forget her name – Grad School 2006” as their teachers:  2

Number of gurus in Rishikesh who might think labels are important:  Probably 1

Rank of “Shiva Rea,” “my dog” amongst those most frequently listed by applicants as their teacher:  1, 59

Number of times a specific posture was cited as an applicant’s style of yoga: 35

Number of times a fashion choice was listed as a style of yoga practiced:  5

Number of Recovering Yogi co-founders who prayed that peanut butter was not involved in any kind of “Naked Doga”:  3

Total number of poses demonstrated in Iyengar’s Light on Yoga: 602

Posture most frequently represented in applicant photos (from a sampling of 500):  King pigeon (including variations)

From the sampling of 500 photos, number of those containing crotch shots:  2

Number of words appearing in applicant profiles which are on RY’s list of Words We Loathe & Abhor : 16*

Number of times “food” or eating disorders are mentioned by contestants:  71

Percentage of applicants for whom yoga has had a positive effect on their life:  100 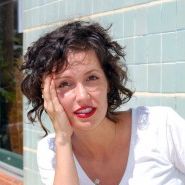