Do you believe?  Mattie believed!  Mattie Stepanek was a poet, philosopher and peace activist.  He died a month before his 14th birthday.  So very young.  Yet, in his short life, Mattie inspired so many.  When we read his magical words, see photos of his contagious smile or hear his voice on videos of shows he was a guest on (Oprah, Larry King), it’s easy to determine that this young man was an ‘old soul’ and he was here to teach us.  On Mattie’s website it states:
Mattie interpreted Heartsongs as ‘gifts that reflect each person’s unique reason for being’. And he once said ‘People tell me I inspire them. And that inspires me. It’s a beautiful circle, and we all go around together, with and for each other. What a gift.’

Mattie was just 10 years old on September 11th, 2001.  He wrote the following poem on that devastating day.

We need to stop.
Just stop.
Stop for a moment.
Before anybody
Says or does anything
That may hurt anyone else.
We need to be silent.
Just silent.
Silent for a moment.
Before we forever lose
The blessing of songs
That grow in our hearts.
We need to notice.
Just notice.
Notice for a moment.
Before the future slips away
Into ashes and dust of humility.
Stop, be silent, and notice.
In so many ways, we are the same.
Our differences are unique treasures.
We have, we are, a mosaic of gifts
To nurture, to offer, to accept.
We need to be.
Just be.
Be for a moment.
Kind and gentle, innocent and trusting,
Like children and lambs,
Never judging or vengeful
Like the judging and vengeful.
And now, let us pray,
Differently, yet together,
Before there is no earth, no life,
No chance for peace.

Before his death, Mattie was asked how he wanted to be remembered – he replied: “When people hear my name after I am gone, I hope they smile and say, ‘oh yes, Mattie — he was a poet, a peacemaker, and a philosopher who played.’ So, that is how I choose to think and speak and live each day.”  By living with intention, and on purpose, Mattie showed us how making a choice contributes to how we live and how we will be remembered.

When I informed his mom, Jeni Stepanek, that I would be writing a post about Mattie, I asked her if she would like me to include anything.  She said, in part, that she would like to encourage us to learn about the ‘For Our World Campaign’ – which can be found on the website. They hope to gather more translations of Mattie’s 9/11 poem, but more importantly, they hope the poem is downloaded (free!) and posted on websites, bulletin boards, blogs, facebook pages, refrigerators, etc., around the world as we move toward the 10th anniversary of 9/11.

As you watch this You Tube video, please consider supporting the continued work of Mattie’s Foundation by purchasing products (Jeni wrote an inspirational book about Mattie’s life, called Messenger, and Mattie wrote many poetry books), donating to the Foundation (my June ‘giving’) or helping to spread the word of Mattie’s Foundation.  I honor Mattie’s mom, Jeni, for nurturing Mattie to become more of who he was and foster what he had to offer so he was able to share his insights and messages with the world.  Thank you, Jeni.

Oh, yes, that Mattie- he was a pretty amazing human being! 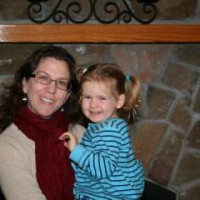 Maureen is a yoga teacher, life/health coach and an aspiring writer. She teaches yoga and leads a yoga teacher training/develop your yoga practice program for students who wan… Read full bio