7 Reasons Why All Gay (& Lesbian & Bisexual & Transgender & Queer) People Should Convert to Buddhism. Like, Right Now.

Here’s the deal. I’m a gay man and I’m tired of all the LGBTQ people out there bagging on religion.

Okay. Many of you have a point. We’ve been burned at the stake, vilified, demonized, scapegoated and generally hated for several millennia now. But does that mean we can’t have a religion of our own? Heck no!

I’ve been working on making up a religion just for LGBTQ people for years now but I’ve found that the problems with creating a theological system from scratch are way more complicated than you might think. There’s so much market research and planning and development involved that it makes trying to get Michelle Bachman elected as president look like an after-school bake-sale. You need to write holy books and scriptures. You need some kind of religious leader to galvanize around. Then there’s coming up with a crowd-pleasing set of doctrines, prayers and rituals. It’s a terrible mess and besides, who has the time these days to pull all that together? Finally I said, why not look for a ready-made religion that we can just slip in to and claim as our own?

The good news, I quickly discovered, is that there is one. It’s called Buddhism and here’s seven reasons why, especially if you’re a LGBTQ person, you should just get off your ass and convert right now.

Of the Big Five religions, Buddhism is statistically a minority. Right now there are about 2 billion Christians, 1.5 billion Muslims, 1.1 billion Secularists and 1 billion Hindus all competing for a share of the world’s spiritual marketplace. Buddhists are lagging way behind at just 400 million. Why is this a selling point? Because we LGBTQ folks are non-joiners by nature. We moo when other’s bark. Whether that’s a biological thing or a nurture thing is up for debate but let’s face it, we just don’t make a habit of following the crowd (unless it involves buying Lady Gaga records). Becoming a Buddhist means that you can identify with a credible spiritual tradition while still staying on the fringe.

I can hear the moans and groans now. “But I’m an atheist! I don’t believe in gods and devils and all that hocus-pocus!” That’s perfect because, technically, Buddhism doesn’t have any capital G gods to bow down to. Now there’s a lot of talk about devotion, but this is more about working with our self-centered habits that cause us so much grief in our lives. We don’t have to believe in a god to become Buddhists.

#3 Buddhism in not really a religion

I hear this all the time from my LGBTQ friends: “I’m spiritual but not religious”. Well, I’ve go news for you: Buddhism is not really a religion. Actually, it is a phenomenological and philosophical system which analyzes the true nature of ourselves and reality. It’s a practical system as well, designed to free us from our own habituated misconceptions about our way of existing. The result of following this system is a state of inner freedom that transcends any external oppression or circumstances that we normally think hold us back. When we realize the empty nature of ourselves and phenomena, we cease to be the victims of either. Hooray!

One of the nice things about Buddhism is that it doesn’t have any commandments about what you can or can’t do with your privates. There are suggestions, called precepts, that give guidelines for general behaviors such as not engaging in what is called “sexual misconduct”. There just aren’t any “Thou Shalt Nots”. Over the centuries some people have interpreted this precept to imply a ban on specific sexual acts (some involving candle wax and studded leather paddles) but for the most part, people agree that it just means not having sex that harms ourselves or other beings. Basically, it’s the BDSM credo of safe, sane and consensual. Not that I would know anything about that…

#5 Buddhism is not (currently) evangelical or bat-shit-crazy-fundamentalist.

Now, there was a time when Buddhist leaders and kings and emperors made it a pretty clear mission to covert the masses to this peaceful and inward-looking philosophy. At one point in human history, not too long ago in fact, Buddhists were the dominant religious group on the planet. Then Mao came along and fucked that all up but hey, that’s impermanence for ya right? Anyway, at the moment, especially in Western countries, there isn’t a big push to convert your neighbor to the meditation life-style. Buddhists don’t go from door to door on Saturday mornings looking for a debate on emptiness. This is good. LGBTQ people have been force fed beliefs that aren’t their own for too long and to join a group that practices that would just be wrong.

This one is really my personal favorite and it helps a lot with getting into character for those really complex role-playing scenarios that I’ve heard some people are into. What I really mean is that if I, like most Buddhist doctrine suggests (eff you Stephen Batchelor!), have been born countless times in countless bodies, then it means that my true gender is really beyond the typical, limiting view of either/or, male/female. In all those past lives I have been a man, a woman, an asexual amoeba and a San Francisco drag queen more times than I can remember. This time I’m a man who likes to get it on with other men. No Biggie!

#7 Gay people can be mean, catty bitches and we could all use a dose of niceness.

I once read an article that said that the creators of South Park have received truckloads of vicious, life-threatening hate mail from every major religious group in the world for their near constant poking fun of said religious groups. Except for one: Buddhism. That says to me that something about Buddhism makes it’s followers pretty nice, laid back people who don’t feel it’s necessary to fire off acerbic, jaded, acid soaked comments whenever they feel threatened or when they disagree with someone’s point of view. I’m not saying that gay people do this, like when they leave nasty responses to otherwise civil blog comments and things like that…no wait, I am saying that! But what I mean is that everyone, including myself, could benefit from taking the chill-pill that Buddhism seems to have in it’s little black medical kit for so many of life’s troubles. 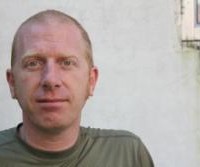 Chris Lemig isn’t afraid of the dark. He dreams in full color and lives out loud. Sometimes, when he sees that your heart is broken, his heart breaks, too. But then he p… Read full bio