Food Is Love: A Story About Vegetables.

The first time I cooked dinner for my husband was about a week after our first date.  I didn’t really know his taste in food so I decided to prepare something safe.  The meal was simple and understated, roast organic chicken seasoned with rosemary, garlic and lemon, sweet potato mash as a counterpoint and haricot vert, the wonderfully skinny French green beans that just need a quick saute in olive oil and a dusting of finishing salt.

I brought the plates to the table and we started the meal.  Within seconds he pointed to the green beans and said “what are these?”.  “Green beans, I answered.”  “Well what’s wrong with them, the color is off”.  It turns out that this lovely man who was warm and caring and all about positive growth and change had only been exposed to canned green beans!    Needless to say the creme brulee I made for dessert went down a lead balloon.

Over the next few weeks I learned the food rules that governed my lovers life.  Meat, preferably red, burgers, fried chicken, shrimp or fish, pork chops, bacon, fried okra, Coke, french fries, cookies and chicken wings were at the top of his list.  Vegetables were out!  He would tolerate a small piece of raw carrot or maybe some canned beans but that was it.   I was asked not to use onions, herbs or exotic spices when I cooked for him and please, no weird vegetables.  Men eat potatoes and corn, canned green beans and that’s it!

Oh the attraction that opposites have for each other!  I knew that the love that was blossoming between us was the real deal so I had to cope with his picky eating one, to demonstrate my unconditional love for him and two, if I was ever to win him over to the vegetable side I would have to move slow.  And slow it was.

Several months into our relationship I managed to develop a nice rhythm in the kitchen, preparing two distinct meals whenever I cooked.  Now before you overreact and start going on about the absurdity of this, remember I love love love to cook and saw this as a challenge, and I deeply love this man, more than any other person on the planet and the sacrifice of time and energy was fine with me and should therefore be fine with you.  I’m sure one of the yoga sutras will support my point of view but I can’t think of it now so suffice to say, no judgement!

My first opportunity to shake things up came when I was preparing a stir fry for dinner…two versions of course.   I was chopping green onion for my veggie version when I decided to mince them into teeny tiny pieces and slip them into his version.  I had reached my limit of trying to cook him meals without the aid of the holy trinity of aromatics, onion, garlic & shallots, so a little trickery in the name of good eating was the order of the day.   He devoured his portion, asked for more and while he was scooping it out of the wok he asked me the name of the herb I used to make the dish so wonderful.  “Green onion” I said with a sly smile.

From that point on it was uphill and over the course of our marriage my husband has let go of his picky eating habits and embraced all sorts of new foods.  Soda, fast and processed food are no longer a part of his diet and if I suggest something new the worst objection I get is “do you think I’ll like it?” to which I answer “yes!”.

This year I have delved deeply into my yoga practice, studying the sutras, the 8 limbs, exploring my dos-ha, adjusting my food intake and upping  the time I devote to my meditation. Recently I’ve been using a technique called the belly roll, where you lie over a rolled up blanket or yoga mat and breath.  Using the belly roll aids with digestion and clears out emotional blockages that have been stored in the hips.  This has had a direct and positive effect on all of my relationships with people, especially my husband and with the way I interact with food.  My husband doesn’t do asana practice but he has been observing and encouraging my study.   He has gotten curious enough to learn his dos-ha (Kapha, I’m Pitta), start doing the belly roll and learning the properties of food and how they effect him.  However, up until last month, the knowing didn’t really translate into doing.  My husband still consumed massive quantities of meat.  Good organic meat, but a lot of it.  And, not surprisingly,  he felt full and sluggish most of the time.

Last month I mentioned that October was National Vegetarian Month and he asked me what I thought would happen if he became vegetarian.  I was stunned to say the least but my answer, that he would feel better and probably lose some weight was what he needed to hear.  In the last two weeks he has cut out all red meat including pork and bacon, embraced whole grains & legumes like red rice, lentils and faro, asked for larger salads with lots of colorful veg and is even considering giving up Kraft salad dressing for olive oil, lemon and a little salt!  He dropped 10 pounds and is starting to feel the love that comes from eating the right quantity and proportions of good whole foods.

This has been a ten year journey.  I’m telling you about it because there are a lot of old sayings that underscore this story;  Good things come to those who wait,  love conquers all and enjoying the journey can be as important and fulfilling as getting to the destination. 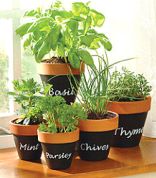 Susan Simon is a media executive who moonlights as a yogic foodie, which is underscored by the sign hanging in her kitchen, “Love People–Cook Them Tasty Food”… Read full bio