A few days ago I and several other EJ contributors were concerned about an article in which it seemed like Ben Ralston was claiming to be able to cure serious medical conditions (in this case a severe long term thyroid imbalance and depression) with a therapy he has learned called Reference Point Therapy.

As is usually the case with these kinds of claims, Ralston used an anecdotal case – which was of course inspiring and heart warming, of a woman he had done a session with who was, even eighteen months later, living free of her previous symptoms. To be fair, Ben didn’t claim he could cure any and all disease, but he made quite a show in the article of saying in only one session he was able to achieve such remarkable results. Quite an advertisement for the technique and the man.

Having been in the alternative healing/yoga/bodywork/spirituality community for roughly 20 years, this is not the first time I have heard such claims. There is always some new technique being marketed that claims (as Ralston does) to be better than other psychotherapies, to be able to do the work that previously took years in a matter of minutes. In this case RPT claims that emotional trauma is at the heart of ALL illness and that by using simple and fast-working techniques trauma can be healed (in 30 seconds claims the master teacher on the RPT website) as well as it’s resulting manifestations as illness or physical pain.

The thing is, I have found that trauma is very significant too, which made me actually feel a kinship with Ralston upon seeing some his earlier posts – but the more I have looked into RPT, the more I think it is actually not a way of working with trauma ( I would suggest looking into Peter Levine’s Somatic Experiencing or Pat Ogden’s Sensorimotor Therapy for something a bit more substantive, psychologically grounded and scientifically based) but more a kind of fresh faced New Age faith healing scam. The third level of RPT’s training is called “Mastering Miracles.” If that doesn’t give you pause, all I can say is – it bloody well should!

Don’t get me wrong, being involved as I have in mind-body healing for a long time, I have found that traumas do have a physical impact. I have clients I have helped with pain syndromes like TMJD, sciatica, low back and neck pain by working with the emotions held in their bodies. A method called Trauma Release Exercises is actually fairly similar to the work I do and fits with the approaches I mentioned positively above.

I also know that there is good evidence to suggest that positive relationships with others, states of gratitude and compassion and feeling mirrored and empathized with by someone actually produces measurable improvement in immune function and that people who do not have this in their lives tend to fare worse when struck with debilitating illness. I even actually have a client with HIV who is symptom free and now has an immeasurably small viral load in his system – perhaps our work together has helped, perhaps it is the medication I would never suggest telling him to stop taking, perhaps some combination. The truth is I don’t know, and I would never tell anyone that I have found the emotional root of HIV and can cure people who are ready to take full responsibility for their illness in one session. That would be unethical.

I must re-iterate, I mean Ben no personal or professional attack here – I am sure he is completely sincere, and may well be having positive results with some clients using this technique, probably because he is smart and kind man who people respond to, and perhaps because in the moment certain intuitive insights and shifts may well be possible, whatever technique one is using. I must also make clear that nowhere has Ben (as far as I know)  made any claims about healing HIV!

In the comments section, I and a few others pointed out that the article in question could be creating unrealistic expectations by making unreasonable claims. An anecdotal account does not provide strong evidence of a causal connection. If in fact he has found a way to really cure intractable serious diseases, this would be a massive achievement that should be scientifically corroborated in order for the perception he was creating to be ethical.  But the more we did this, the more we encountered an unfortunate, but perhaps predictable, hubris.

Ralston actually asked what was meant by “serious disease” – because he thought there was no such thing (cue the postmodern relativist New Age swirly music) in fact, he said if a disease was going to cause death, all the more reason not to take it seriously! He went on to make references to magic and faith and of course to call me and others negative and bitter for raising our concerns. He has learned the spiritual truth about illness, healing and the miraculous  – and in fact could teach me a thing or two! Oy.

The reason I think we were so uncomfortable is that people who are really sick, people who medical science cannot seem to help are also really desperate – and styling oneself as a kind of miracle worker raises some very serious ethical questions.

But this is not about Ben Ralston, I actually quite like the guy – this about the dangerous age-old big tent revival game of faith healing. This morning in my YouTube subscriptions, this video showed up about a church claiming to heal HIV and telling those afflicted with this serious disease to stop taking their medicine and believe that they have been healed by God.

Now of course there is a central question here – either you buy the belief that ALL illness is based in trauma and that by healing trauma you can heal all disease, or you don’t. If you don’t you start layering in the responsible caveats: in some cases illness has a basis in unhealed trauma, or in some cases healing unresolved trauma can play a part in recovery from some illnesses. The church above of course just thinks it is ALL about faith in God, and what better way to demonstrate your faith than to go off your medication?

I myself have this personal experience from a New Age group I was a part of in the 90’s: one of the charismatic figures in the group had HIV but because it was believed that telling anyone about it was “putting it out in the universe” and that acting as if it didn’t exist was a way of manifesting a healthier reality, he infected two others and all three are now, tragically, stone cold dead.

Perhaps then I might ask Ben and others who make similar claims if they are willing to be more nuanced, more cautious, and step back from the grandiose claims into more responsible territory. If not, then where do we draw the line?

So, by way of closing, and as a mind-body healer of sorts myself ( I teach yoga and do bodywork that addresses emotional trauma and physical pain syndromes) I think it is really important that we stay grounded, have a healthy respect for serious illness, think carefully about the scope of practice limitations of alternative healing methods and be very, very careful about claiming to be able to cure intractable medical conditions at the wave of a wand, chant of a prayer or through the power of our magical mental manifestation. Am I saying this is impossible? No, it’s just that extraordinary claims require extraordinary evidence – and if actually true, there should be no problem providing it. 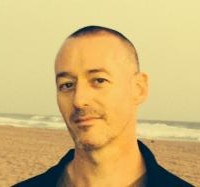