I’m Having a Homebirth!

On the facebook page of the Normalizing Homebirth Project Inc, moms were asked to share their experience of the moment they decided to birth at home:

What was the moment like for you when you said to yourself “I am having a homebirth!” ??

22 Mamas responded with the following:

I was determined, sure of myself, and excited. I was still in the hospital with my 2nd baby, and I looked at hubby and told him next time would DEFINITELY be a homebirth. A little sadness too that I hadn’t allowed myself a homebirth that time.

Relief; no more fear – it felt so right when I decided, I couldn’t imagine choosing to birth in a hospital. I still can’t comprehend why people choose hospital birth. I just don’t get it. The only explanation I can think of is brainwashing. Breaking away from that is so freeing!

When I was 13 years old I read “Every Woman’s Herbal” in which the author describes her own home-births. It seemed so normal and simple to me at that age that I never ever really considered anything else. The book was a gift from my mom for my birthday- I bet she didn’t know what an impression it would make and how it would impact the lives of her future grandchildren!

Peace. I was ecstatic and so hopeful that I wouldn’t need my fourth cesarean surgery. I was right!!! By the grace of God I found an amazing midwife to take me on and I did it!

I am actually going to be blogging about this soon. It was a transforming moment and I was like “Birth has got to be different than this!

It just felt right. My mom is a midwife, actually began her apprenticeship when I was pregnant with my first child, and it just seemed that there was no other option that fit. Women were meant to birth at home. I have had all my kids at home, brother was born at home, and most of my cousins kids were born at home and all delivered by my mom.”

Accomplished! I knew that if I pushed this baby out, breech, I could do anything. I felt like a birth warrior!

Gratitude – so very very thankful that the right person was in my life at the right time to steer me in the direction of home birth.

My first two were home births, and then my third baby was breech until 38-1/2 weeks. She rotated three full times at the end of the pregnancy. We were in full “Plan B” mode – consulting with an OB who attends vaginal breech births, going in to try to rotate her manually, packing the hospital/c-section bag – and my heart was breaking with fear over how I could protect my baby when she was in a nursery and I was in recovery. When she turned, stayed head down and finally dropped into the birth canal, I started to believe that I might actually get to have my third home birth. She was my hardest birth, but the relief and joy kept me going through it all. There is nothing better than using my own shower, being fed my own food, and being tucked into my own bed after giving birth!

Absolutely freeing…after having two hospital births, I knew there was no way I was doing it that way again.”

I felt that it was a life changing decision. I thought it would *only* change the way I took responsibility for myself and my family’s health. It actually changed my whole life. I became a midwife, and bought a birth center. 9 years, 3 home births, 6 students trained/in training, and 200+ birth assists! Beware! Midwifery care can change your life!

It was very transitional: first I knew I didn’t want an epidural, then I didn’t like the idea of giving birth at a hospital, then I looked into the option of a birth center and when I realized (with help from my husband) that the same things were brought home that they had at a birth center I decided for home. For me there is no better place to give birth than in the comfort and safety of your own home!

I didn’t realize the choosing to birth at home would change my life. I thought it was just a birth choice, but it changed the way I see myself as a woman and as a mother, the way I take responsibility for medical information and decisions, and the confidence I have in myself.

I felt confident! I had just given birth to my 1st, naturally at the hospital with a CNM. I turned to my husband and said, “We could have done this at home! The next one will be a homebirth!

Malachi was born 2.5 weeks ago, at home in the water…. and he’s a very healthy boy!  It was a great experience for my husband and me, as well as my little boy. I wish I had been able to do it with my second!

Exciting and normal! My only hospital birth was my second child because I had moved out of my home state to one where midwife attended homebirths were illegal. Fortunately there was a very homey small town hospital where CNMs attended births. They were absolutely the next best thing to homebirth. So my first, third and fourth babies were born at home. And each birth was fantastic!

When I was 18, I had the wonderful good fortune to live in a house with an apprenticing midwife. I woke up to midwifery class every Saturday morning which I eventually joined, not because I planned to be a midwife but because I felt every woman should learn about pregnancy and birth. I never even considered choosing a hospital birth after all i learned and I went on to have all 3 of my babies at home.

Peaceful. I was always scared of hospitals and especially epidurals. From the start, I wasn’t having children if I had to have them at a hospital. I’ve never had a baby at a hospital. 2 homebirths and 1 birth center birth with another baby on the way. I feel empowered, strong and like a natural woman!

I finally felt at ease about Birth. The idea of birth always stressed me out and hearing about interventions done to women actually made me angry. I hate the idea of giving up control to my body and coming out physically and possibly emotionally scarred over something that should be natural. So when I stumbled upon “The Immaculate Deception II” book at a used bookstore, I read it in one day and the idea of homebirth made sense to me and seemed to fix all the issues I had with birth. I felt at peace with birth. We decided to start try to conceive our first soon after that. We’ve have six home-born babies.

After two natural hospital births, I sat in front of my midwife pregnant with my third and was asked if I was interested in a home birth and I replied, sure but I’m not interested in cleaning up the mess. Her response that they were responsible for tidying up most of the mess and that we’d be left with only two bags, one of dirty linens and one of garbage, then she proceeded to educate me in water birth and i was hooked!

Thank you mothers as always for sharing your voice!

The Normalizing Homebirth Project Inc is a not for profit 501(c)3 whose mission is to support mothers who desire a homebirth with financial assistance and homebirth mentoring. 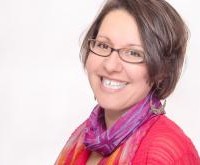 Helene Rose, MS, is passionate about supporting women to live brilliant lives and founded Be Brilliant Network LLC to serve as a portal for women to step into their radiance. … Read full bio