Child sex trafficking in your backyard.

Michelle was ten years old when she met her soulmate.

His name was John, but she only knew him by the “pet name” he asked her to call him: Daddy. Michelle and John met in an online chat room. They instant messaged one another everyday when Michelle got home from school, while Michelle’s mom lay in an alcohol-induced slumber in her bedroom. Six months into their cyber relationship, John asked Michelle if he could pick her up from school. Shyly, she concurred. That day Michelle learned that John was not in fact the sixteen year old boy he had claimed to be. With the slam of a car door, Michelle was thrust into the ugly world of domestic sex trafficking.

The above scenario did not take place in a third world country. It is not an over-exaggerated horror story I pulled from a Dateline episode; in fact, situations like this play out in supposedly “safe” suburban neighborhoods of the United States more often than we’d like to think. For the purposes of confidentiality, this particular anecdote is a fictional conglomerate of dozens of stories I’ve heard from girls I teach yoga to at a local juvenile detention center. I don’t share it to shock or alarm you. I share this story because I think you need to know that these children exist. I share it because until we start seeing the children in our own backyard, we have no hope of ending sex trafficking worldwide.

While high quality research is scarce and accurate numbers difficult to come by, experts estimate that between 100,000 and 300,000 American children are forced into prostitution, pornography, and other forms of commercial sexual exploitation every year. These children — and they are children (the average age of entry into sex trafficking is 12 years old) — are sometimes runaways who have gotten picked up by a pimp masquerading as a friend/rescuer. Other times, they are like Michelle, inadvertently stumbling into this world perusing on websites like Facebook, Craigslist, & even dating sites like Match.com.

Do not be fooled by the images of sex trafficking you’ve seen broadcast by the mainstream media. These kids are not child prostitutes, juvenile delinquents, or teenage troublemakers. They are not all black or hispanic, not all from low socioeconomic backgrounds. In fact, they very well could be your own son or daughter. If your child has access to the internet, consider him/her “at-risk.” The perpetrators do not discriminate. They look for girls (and boys) in vulnerable situations and lure them in with false promises; they entice innocent children into a dark and dangerous world under the false premise that love is waiting for them there.

One of the most counterintuitive and challenging dynamics to grasp about the epidemic of child sex trafficking in the US is that most victims do not consider themselves victims at all. Unlike women in countries like Cambodia or India, they are usually not trapped in cages, locked in brothels, or physically tortured (although it does happen). Rather, most of these twelve and thirteen year old girls are manipulated into believing that their pimps (“boyfriends”) love and want the best for them. Many are held hostage with threats like, “If you leave I will tell everyone you know what a slut you are.”

Domestic minor sex trafficking is the only instance I am aware of in which victims of sexual abuse must be criminalizedbefore they can receive help. In most states of the US, the only means authorities have to get these kids off the streets is one of criminalization — of arresting and charging them with prostitution. One police officer I asked about this told me, “If I pick a girl up and take her back to her parents, she just goes right back to her pimp the next day.” That means young girls — maybe 13 or 14 years old — are branded as sex offenders before they’ve even reached the age of consent. So, in effect, we’re telling our victims that they’re offenders.

It’s a terribly complex and frustrating situation, one that seems to upset police officers putting the handcuffs on just as much as it does feminists protesting the arrests. But without any other type of organized support system, our juvenile detention centers have become make-shift women’s shelters. For many of the girls I work with, this “kiddie jail” is the the only safe, structured living environment they have have ever known. For some, it’s the first time in their life they have felt cared for by adults who set healthy boundaries with them. But the fact remains… a detention center is not the place to heal from sexual trauma.

Prisons and juvenile detention centers across the country are scrambling to meet the complex and evolving needs of this population — from psychological therapy to legal counsel to prenatal care — on slashed budgets and dwindling staffs. Our criminal justice system is being forced to fill a hole the majority of society has yet to notice even exists. Part of me wonders why I’m posting this article on a yoga blog. Perhaps my energy would be better spent campaigning on college campuses; writing to senators, representatives, and other legislative officials with the power to do something?

“All that is required for evil to prevail is for good men to do nothing.”

I have written, trashed, and rewritten this article almost a dozen times over the past two months. It has not been an easy piece to write, in part because I find it so difficult to convey the gravity of this situation and still infuse a sense of hope that your small actions can make a difference. So let me state it now: They can. Taking appropriate measures to ensure the safety of your kids online makes a difference. Learning the warning signs and choosing to report suspicious behavior makes a difference. Teaching one class a month to kids at your local rec center makes a difference. We don’t have to do nothing.

If you ask me, the burgeoning seva movement is a testimonial to the tremendous power embedded in this community — the power that we as a collective have to enact substantial and sustainable social change. Yes, there are thousands of humanitarian issues out there constantly begging our attention. But if we’re not careful, we can get so entranced by the dire situations overseas that we merely glaze our eyes over the children facing poverty, exploitation, and abuse right here in own backyard.

Chances are, you have met a girl like Michelle. Chances are, you could be raising a son or daughter at risk of falling into a similar situation. So if this article achieves nothing else, I hope I can implore you to take two minutes to educate yourself. And if you feel so moved, consider these 5 things you can do to help combat trafficking in your own community: 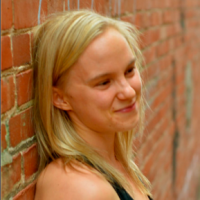