Pierre loves having fun with his friends, cracking some funny jokes (at least he is trying…) and playing sports such as squash, basketball and mountain biking.

In April 2007, we (Steffi de Jong of The Netherlands and Pierre Bataille of France) were two Masters students in the area of Adapted Physical Activity writing our Master’s Thesis on Disability Sport and Development at the University of Stellenbosch in South Africa. There, we coincidentally and by luck met Francis Kimanzi. Kimanzi is a Kenyan alumni of Mathare Youth Sports Association (MYSA Kenya), one of the most successful organizations in the area of youth empowerment through football (soccer). Meeting him was the very beginning of PlayAble’s journey.

One piece of information Kimanzi gave us stuck in our mind- his organization was delivering sports programs to over 18,000 youths in Nairobi but only one had a disability (a young man with a hearing impairment but who could communicate reasonably well while using his hearing aid). MYSA, a state-of-the art organization and pioneer in the area of sports and development was clueless when it came to disability! It was then that we realized that with our knowledge we could bring positive change to the world. We therefore proposed to help MYSA in this area and a couple of months later we hopped on a plane to Nairobi.

With no time to waste, a couple of days later we were going to visit people in different slum areas around Nairobi. What we saw was pretty shocking for a 21-year-old student from Europe who had never seen a slum area. We witnessed people with disabilities literally locked in their homes sitting in the dark with no one to talk to. One moment that we will always remember is when we met Chairman. Chairman was a young boy with a disability of about 14 years living in Huruma, a slum area in Nairobi. He could not talk or walk and was left alone during the days with no one to assist him in his daily care.

The stench in the shelter was so strong that we immediately understood that no one could even assist him to reach the toilet. His mother was helpless, a single mom who had to bring money back to the household to feed her kids and send them to school. She loved Chairman, but did not see any other way of dealing with the situation.

This was one of the moments were our passion and determination to do something for children like Chairman grew. We were and still are convinced that if Chairman only had access to sport and leisure activities, he would be able benefit in many ways:

In addition, if the sports would be used as a powerful platform to spread awareness about the abilities and rights of people with disabilities, they could even function as a springboard to access to schools, health services, employment, etc.

Today, our organization PlayAble (Able in Sport. Able in life) has managed to train 253 coaches who are leading activities for 1,256 children and over 21,000 people were included in raising awareness campaigns.  PlayAble has received five International Awards, the Unreasonable Enterprise being one of them.

But here comes Pierre’s experience at the Institute :

“Through the Unreasonable Institute, I have learned how to embrace failures and see them as concrete learning opportunities and leverage them to improve and achieve success. Things won’t work smoothly all the time (almost never) so you’ve got to deal with it and be comfortable with failing. One mentor explained that once one of his colleagues blew $25K and therefore had a meeting with his boss about it. He was clearly expecting to be fired from the company but the director just answered, “Why would I fire you? I just invested $25K in your education!” The conclusion to that is, “Fail fast, fail often and enjoy it!”

The power of relationships. This is the biggest message I bring back from the institute. At first, I thought I would bother people by talking about my business immediately. I thought they would think, “Why is this awkward guy with a weird accent coming to talk to me?” But as Daniel Epstein, President of the Unreasonable Institute, says, “Business is not business; business is people” – and he became my guru in this. We need to think that relationships are simply a social interaction between human beings and connecting on a personal level is important for successful networking. Having coffee or sharing a meal with someone is the best way to share and exchange experiences. That is exactly what we do with the world-class mentors at the institute (e.g., Paul Jerde, Greg Miller, Marc Mathieu, David Bornstein… the list goes on forever). The conclusion to this is global networking is one of the keys to success.”

Steffi de Jong, Co-founder and Impact Director
Passionate about using the power of sport for social change, Steffi co-founded PlayAble while still at university. After receiving her Master degree in Adapted Physical Activities in Leuven, Oslo and Stellenbosch and a Master degree in Implementation and Evaluation of Sport Projects at the Paris 10 University, she was committed to continue impacting lives of people with disabilities. As her main motivation, Steffi refers to the enormous changes she has seen in the children who participate in PlayAble. “A child that used to be neglected by the community can develop into someone with a disABILITY who is confident and aware of his/her rights just in a few weeks of sport participation, isn’t that amazing?!”
In her free time, Steffi loves to be active, from playing soccer and squash to mountain biking and skiing. At the moments she is not working or sporting, you’ll find her enjoying life with family and friends.

Pierre Bataille, Co-founder and Champions Director
Pierre believes in the power of social entrepreneurship to tackle global social issues and that sustainable solutions will drive positive change in the world. After completing a Master degree in Adapted Physical Activity in Leuven, Oslo and Stellenbosch and a Master degree in Implementation and Evaluation of Sports Projects at Paris 10 University, Pierre decided to follow his ambition to fight discrimination of people with disabilities through sports. He therefore co-founded PlayAble. “When people tell you that the activities you started brought meaning in their life, you know there is nothing more that can prove you that what PlayAble does is right.” 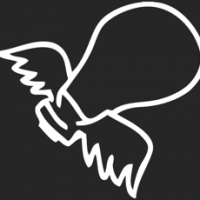