Breaking the Deafening Silence: Being a Voice for our LGBT Children.

We need a beacon for the LGBT children of this country, and for the world.

Our children need a voice, one that speaks not for them, but on behalf of them. This pillar of strength is needed now more than ever because with each day that we sit in silence— for each day that we are not reminding our children that it gets better, that there is meaningful life beyond the abuse—we lose another soul.

Most notable is the recent death of Jamey Rodemeyer, a 14-year-old boy who killed himself after enduring years of abuse because of his sexuality. His life, or more accurately, his death, touched the lives of many, and has inspired many to come out of the closet and live an authentic life.

Jamey’s death gave us a voice because it rocked us to the core, it awoke many to the fact that gay teenagers are suffering and that they are victims of systemic abuse. Members of the LGBT community are treated as second-class citizens in this country. We are unequal before the law, we do not receive many of the protections and rights that heterosexuals do, and we are vastly misrepresented in mass media.

Before the 2008 election of Barack Obama, it seemed impossible that we would ever have a black president. To this day, it is nearly unimaginable that we will ever have a woman in the White House. Now, at least one of these minority groups can look up and say, “one day I can do it! He did it, so can I”.

This is boldly empowering and offers a healing dose of empirical evidence supporting the fact that it does get better.

The LGBT community has so few public figures to look up to, and by not living an authentic life, by not living openly, we are silently sending the message that it may not get better, and that today’s fight may be one that will be fought for the rest of our lives.

We can change this quite easily, as Zachary Quinto recently did. He had the audacity to realize that as a celebrity he has the power to give our children a voice— to be a pillar of strength by living openly and honestly in the face of adversity. We need more people to come out, to stop hiding in the closet because of the fear of what the public may think. If you are not willing to be part of the solution, you are an even bigger pawn in the problem.

In 2010, the tragic death of Tyler Clementi, an 18 year-old Rutgers University Freshman whose sexual tryst was broadcast across the Internet leading to his subsequent suicidal jump off the George Washington Bridge, has gay activists and advocates screaming for a call to action. As of this writing, we are still screaming, we still demand action, LGBT persons still need our voices to resonate through the halls of every high school, college, and office building.

This story is not that of one, but of many. Hazing mainly happens in school, especially in college, when many LGBT individuals are discovering their sexual orientation. In the case of Clementi, his unspoken sexuality was exposed twice across the Internet, which begs the question: would this have happened if he were straight?

As someone who has been personally persecuted by people of the likes of Dharun Ravi, I tend to think not. Straight people have sex on TV, in magazines and in movies everyday; gay sexuality is still not mainstream. Whether the actions of the college students were out of curiosity—or just a sophomoric prank or bigotry— remains to be answered.

In high schools and colleges across the nation, kids and young adults are forced into silence for fear of retaliation. Unless a person of authority personally intercepts malicious behavior unto another student, silence follows. It takes the death of someone to instill change in schools or a community, but these changes are often short-lived and wildly ineffective, since teachers and others are often too passive to defend the meek.

Now, another person is dead. A talented and gifted musician died because of torment inflicted over his sexual orientation. If being gay had to be personified from a state of being into an emotional context, it would be love. So, in essence these people were tortured, and in some cases killed, because they found the ability to love. This isn’t a legislative problem; it is one of society as a whole – Blind-eye syndrome.

How many more people need to die before something is done? The Matthew Shepard Law helps, but it doesn’t do enough as a preventative measure.

At my high school in Massachusetts, our Gay-Straight Alliance wrote and enacted an anti-harassment policy to reduce the level of violence and hate speech at the school. This policy was left practically unenforced until the death of Phoebe Prince, which lead to an anti-bullying state law enacted in her honor. This law was written in blood, just like the Shepard law.

Politicians, such as Tom Emmer, former Republican candidate for governor in Minnesota — a candidate financially supported by major corporations such as Target, Best Buy and 3M — feels that our society does not need bullying laws. In fact, during one of his campaign speeches, he said that if he were elected governor, he would veto the Safe Schools for All bill, a bill that includes protection for students bullied because of sexual orientation, gender, race, religion and disability.

If LGBT Americans had equal rights and were not treated as a minority, heterosexual kids would grow up thinking of them as their fellow humans. Not a subhuman class that should be persecuted, ridiculed, and tortured because they love someone of the same sex. This problem will persist, more people will die, and more laws will be written in their blood until we start changing on a societal level. Gandhi said, “be the change you want to see in the world,” start practicing compassion and lets stop the deaths now!

If, growing up, our children can point to people in the public spotlight that are gay and have achieved so much, the tides will change and they will start to believe that someday this will all be worth it, “someday I will be worth it, my life does not need to end here.”

Your silence is an open invitation to let this inequality, this endless bullying, and constant fear live on forever.

We are one nation, one people, one world; get up, and show these silent children that it is okay to love someone of the same sex; get up and fight for the children whom no longer have the strength to fight for themselves; get up and force the world to wake up to the fact that we are here, we are queer and our lives have meaning and we deserve to be treated as such. 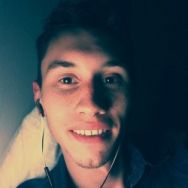 Joshua Plant is nothing. His reality is nothingness, and because he has inhabited this space, this void, he is empowered. While wearing the hat of a meditator, entrepreneur, c… Read full bio