Don’t Say You Don’t Have Orgasms.

As women who have sex with men, it’s sometimes tough to talk about our own experiences because to do so, given our cultural pressure on men to perform, is to emasculate past or present partners. It’s one of the most hurtful or embarrassing things you can say about a man, right? That he can’t “satisfy” a woman?

“There is undeniable pressure on men to “perform” sexually, for example. I try to have sympathy for men who feel this pressure — but it is difficult sometimes, because its major effect on my life has been to silence me. To make me feel as though I couldn’t ask for anything sexually. As though I couldn’t express my needs without hurting my boyfriend’s feelings or making him angry.

And even now, when I talk about this stuff, I am as vague as I possibly can be about the exact timeline. The last thing I want is for people who know me to read this and know exactly when I started having orgasms.” Source: Searching for a Unified Theory of Orgasm: Part Three by @ClarisseThorn — The Good Men Project

So, yeah… Good of Clarisse not to advertise data that might be hurtful to past or current partners.

But as she said, if the pressure for men to “perform” by “giving” women orgasms (and let me pointedly say–climax–the goal-oriented, going-over, quite masculine-defined version of orgasm, vs. the much broader sense of orgasm I prefer: the entire experience of turn-on, the wild ride of pleasure that can happen regardless of attire, touch, or venue), the effect of that pressure – combined with men’s place of power in our culture – is to stifle women’s latitude to speak of their experience.

It’s tough to make it better without naming it.

If a woman intrinsically insults a man by mentioning her own pleasure or satisfaction, and she doesn’t want to insult or hurt him, she can’t really:
– talk to him about their sex
– talk to other people to get their experiences, ideas, or inspiration
– often, even admit to herself that their sex isn’t hitting the spot, because to do so is to complain about (or even denigrate) a man she cares about and doesn’t want to hurt.
But I want to point out two important problems with this whole paradigm:

Orgasm (or climax–take your pick; we’ll hash out the distinctions elsewhere) is a potent and complex brew, the product of a woman’s biochemistry, psychology, state at the moment, practice and habits, relationship, and… admittedly, the skill of whoever’s touching her body and soul at the moment.

For every woman who’s never climaxed, there are many others along the spectrum of arousal who climax without genital touch, or even without being touched at all. As one of them (yes, I still blush, knowing my dad has internet access and could read this in the unlikely event he wanted to), I definitely take credit for the emotional, mental, and spiritual skill such surrender to sensation requires. I’m not saying such skill is available to everyone; I’m simply inviting you, dear reader, to take responsibility for your own sensation, if you’re female, and to stop taking it so hard if your favorite woman has not been climaxing when she’s with you, to the extent the two of you would like.

Did I really just need to write that? Guess so. See, in addition to your own body’s responsiveness (or lack thereof,) your own inhibition (or lack thereof,) and your current mindset (I’m guessing you’ve always got one of those), your interest in sex and your experience of thrill and/or satisfaction within it are profoundly affected by the state of the relationship. And in this venue, I’m talking very specifically to people who are, as the magnificent Esther Perel says, “mating in captivity.” You’re in a committed relationship. That means you share a life. Logistics. Finances. Head colds. Flatulence. Empty glasses (sans coasters) on the end table. Last year’s tax return (unfiled) on the mantle. Rude comments, made in a moment of hurt. The hundreds of details that make up a day together are, on balance, almost all detriments to turn-on (the way you’ve probably been living, anyway) and therefore to climax. So let’s not pin it all on the poor dude’s performance, shall we?

My intent with this post is to help create more power, more sense of possibility, between men and women. I want more orgasm, and to have that, we’re gonna have to take the conversation out of the deep freeze. Let me know in the comments how these thoughts open the conversation up for you and your partner. Or follow me on twitter; I’ll follow you back, and then you can send me a direct message only I will see. Or email. I really want to hear. 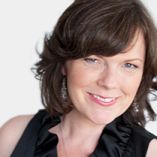