0 Boost Score Misa Derhy (1,800)
Facebook Twitter
1.8k
0
6
Share on Facebook Share on Twitter Link:
It seems a common and popular idea about Yoga nowadays is that of Yoga as physical exercise, or the practice of Yoga asanas (postural training). Yoga is then commonly taken as a system of physical education with a spiritual component, although the truth is the reverse: Yoga is a spiritual system with a physical component. The practice of asanas is yet only a small part of the complete system of Physical Culture & Education known as Hatha Yoga. Other practices of this system are: pranayamas (control of prana through the control of breath), shatkarmas (cleansing processes) and mudras (psychic gestures) & bandhas(energy locks).

In Hatha Yoga Pradipika, Hatha Yoga is presented as a sub-system or an accessory aid to the seeker of higher Yoga practices (Raja Yoga) or meditation.

Shri Yogendraji, founder of The Yoga Institute, since the beginning of last century, had prescribed a scientific method for the practice of Yoga asanas most suitable for the householders or the common modern man, keeping in mind the two main purposes or objectives of such training:

“Care of the body (1) through postural education – of course, primarily, as an aid to meditation (2).”

The practice of Hatha Yoga was necessary for the spiritual seeker to:

“… extend the period of this earthly life… thereby gaining the necessary time to complete one’s course of psychic evolution during one’s own lifetime.”

The method of practice prescribed by him is based upon the less complicated Yoga postures and their dynamic variations which are performed along with a specific pattern of breathing which became known later as the Yogendra Rhythm of Breathing. The scientific technique involves: precision, rhythm, coordinated breathing and respiratory standstills (after inhalation and after exhalation) when the posture is held for a short time. It was imperative for him to use simplified variations of traditional static postures which are too rigid and hard to perform by the untrained and unfit ordinary people.

Shri Yogendraji has then suggested a daily course of physical training which should include at least one Yoga asana of each of the following categories: initial conditioning, upward stretch, side bending, forward bending, backward bending & twisting of the spine, besides asanas for the extremities of the body, abdominal compression, inversion & final relaxation.

“The postures are carefully graded from easy to hard with a view to meeting both the individual and the mass requirements of modern age, and are so arranged that each part of the body receives proper and sufficient exercise.”

“Avoidance of strain has been kept in mind, always stopping short of actual fatigue… imparting a sense of buoyancy and well-being rather than one of exhaustion and depression.”

Shri Yogendraji did not regard his selected course of postural training as comprehensive, but as representing the essentials of Yoga physical education besides serving as the preparatory course to the further study of the static Yoga postures. According to him they are the most convenient method of non-violent physical education for the purpose of maintaining normal health of the body and the mind.

The complete and detailed description of the practices and method as prescribed by Shri Yogendraji can be found in his book “Asanas Simplified” first published in the year of 1931 by The Yoga Institute of Santacruz, Mumbai, India.

The late Shri Yogendra founded The Yoga Institute of Santacruz, Mumbai. Born on November 18, 1897, he renounced his social life when he was still an adolescent to follow his guru, Paramahamsa Madhavadasaji, a 119-year-old yogi from Bengal. Since he was such a devout disciple, he was asked by the guru to initiate the process of teaching Yoga to one and all. So he strove to prove the scientific benefits of Yoga and the specificity of its philosophy to whoever came his way. He was also the one responsible for the revival of the ideals of Classical Yoga.

Daniel Fonseca is the Co-founder & Headmaster of Wise Living Yoga Academy and has been conducting Yoga Teacher Training courses & Workshops in India and South Asia along with his wife Jeenal Mehta. Besides his formal training in Yoga Education & Therapy at The Yoga Institute of Santacruz, Mumbai, India, where he is also now faculty teacher, he holds a Diploma in Buddhist studies & Vipassana Meditation from University of Mumbai. He has then adopted the Yoga Philosophy as his way of life and he inspires his students with teachings based on Classical Yoga, Bhagavad Gita & Shri Yogendra’s methods for the practice of Hatha Yoga.
Daniel is accredited as E-RYT 500 (Experienced Registered Yoga Teacher – 500 hour level) by Yoga Alliance USA. You can find him at wiselivingyoga. 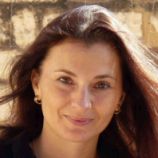 Misa Derhy is yoga teacher living in Dublin where she moved recently after 4 years living in Mumbai, India. She studied 4 years with Prasad Rangnekar, teacher of teachers, and… Read full bio