The potency of a yoga practice is in proportion to the skill of the practitioner and the relevancy of the method.

Artful practitioners compose their yoga practice so that it is functional, supportive, and in relationship with the thresholds of their life. Yogic techniques are tools and instruments which, depending on the skill with which they are applied, can be constructive and reformative, or destructive and de-formative.

In the beginning years of an asana practice, we’re primarily working with our musculature, releasing stored energy, and restoring the natural range. Five years and beyond, we begin to significantly alter our skeletal alignment and posture, body temperature and temperament, neurology and impulses, our organs and their corresponding emotions.

I think it is important that disciplined and dedicated yoga practitioners examine the relationship between their ongoing yoga practices and the phases of their life.

The bliss and euphoria experienced after a single yoga session doesn’t necessarily grow exponentially from one practice, to the next.  An ongoing yoga discipline will have intervals and phases, highs and lows, purposeful work and achievement, followed by random efforts and plateaus.

Once we pass a certain age, usually somewhere in the 20’s or 30’s, it becomes at least somewhat apparent that the well of vital energy which once seemed abundant can actually run dry. Perhaps then, we become more aware of what exactly our practice cultivates, how much energy we expend, and whether or not it is sustainable. We as individuals are indivisible from our environment, and that is why we must be responsive to our own personal environmental issues. The same practice that empowered us during one phase of our life might actually weaken us in another, the philosophy that enlightened us can eventually become burdensome, that which balanced us might one day send us over the edge.

The Qualities & Energies of Hatha Yoga

All modern yoga asana practices stem from Hatha yoga. Hatha yoga postures have been sequenced, stylized, and formatted to create and distinguish the various methods and brands of yoga that are practiced today. Hatha literally translates as “ha”—sun and “tha”—moon.

In addition to the physiological effects mentioned above, a hatha (based) yoga practice also manipulates the influence and balance of solar and lunar energies upon and within the practitioner, intentionally or otherwise. Examining one’s practice habits, temperament, and overall balance of health in terms of these subtle effects can help to develop a broader understanding of how one is applying their practice.

Below are some examples of solar and lunar qualities and energetics, the type practices to which they relate, as well as some insight from my personal experience.

Sun/solar qualities are radiant, electric, active, positive, creative, projective, outgoing, extroverted and masculine. The sun radiates heat, light, and promotes blossoming and growth. An excess of solar energy overheats and dries, creating a hot temperament and/or exhaustion, what we call a melt down, or a burn out.

Solar practices emphasize broad, expansive, stimulating, and exhilarating postures, such as backbends, hand balances, and dynamic sequences of standing poses. This sort of practice lends itself to group dynamics, as the outbound energy is shared in the collective experience, and students tend to perform for, and motivate one another, and perhaps make greater efforts when there are others to witness/applaud.

Moon/lunar qualities are reflective, magnetic, negative, intuitive, receptive, introspective, introverted, and feminine. The moon manipulates all bodies of water, including our own, pulling the tides of the worlds oceans, the tides of our consciousness, and the water in our bones and blood. Excessive moon energy saturates, creating heaviness and dampness, manifesting as psychological withdraw, passivity, hypersensitivity, depression, and of course, lunacy. Lunar practices typically emphasize stable postures, held for longer durations, so that students might close their eyes, visualize, imagine, listen, and tune inwards. Postures favored are contained, concentrated, and protective seed/egg shapes that are smaller, rounder, bound, folded, in which the breath, and even the thoughts are louder, as in seated postures, forward bends, plow poses, and meditation. This orientation can often lend itself to individual (home, self) practices or quieter, group dynamics.

Trends in Hatha Yoga in America

The image of yoga has changed quite a bit over the last decade. It was once synonymous with spiritual practice, discipline and meditation. It seemed to attract introspective, and often eccentric individuals, who were searching for a vehicle to take them further inwards. I don’t think that people seek to go inwards unless there is something about what is outside of them that is dissatisfying or alienating, so yoga generally attracted introverted individuals.

The dialog which accompanied the practice was about renouncing, moderating, and dissociating with mundane “worldly” pleasures. This is not an easy to sell to a mostly extroverted thrill seeking culture, yet it provided many inwardly oriented practitioners with a refuge and a like minded community.

Naturally, some went so deep within that they found it difficult to be above the surface, moderated themselves to the point of flattening their personality, or became detached and isolated as a result of their practices. This kept the circle of yoga relatively small.

Among today’s popular yoga brands, solar practices are dominant. Heart pumping, exhilarating, sun salutations, arm balances, and backbending seem to make up the majority if not the entirety of most class structures, while seated postures are often left for the “cool down” portion.

The dialog went from guiding people inward to outward, self-reflection to self-empowerment, self-moderation to self-motivation, celibacy to celebrations, sadhu to super-hero, simple ascetic to awesome and athletic, and humble servant and teacher to larger than life evangelical preacher. Cliches like, take it to your edge, rock out, give 110 percent, replaced the old boring, be humble, look within, and avoid extremes.

The appeal of the yoga practice grew rapidly by making it more stimulating, hotter, sexier, pumped up, and overall solar in the way that most people are accustomed to.

I think the commonality among the “gurus” involved in sex scandals throughout the history of yoga, is the fact that the gurus themselves did not have a balanced self practice, or by the looks of things, any disciplined physical or meditative practice at all. Being in a position of power corrupts, as we know well from many more examples than just yoga gurus, and perhaps the perversion of power was the result of gurus projecting outwardly to such a great extent that they had no energy left to reflect inward. That is to say, they talked about yoga, but they themselves did not practice it.

Balancing the Effects of Solar or Lunar Practices

“Fanaticism consists in redoubling your efforts when you have forgotten your aim.” ~ George Santayana

Personally, I have gone too far in both lunar and solar directions, as anyone’s practice is likely to if they do it for long enough. I only hope to offer some general observations to reflect upon, so that people can calibrate, balance, develop, and evolve with their yoga.

There are plenty of practitioners with balanced practices that serve them well inside and out. However, I have observed, in myself and others, how an attachment to a particular style, lineage, teacher, community, and image of a practice, can lead to a yogi giving more to their practice than they get from it, and exploiting their strengths until it becomes their weakness. The hand stander with acute wrist pain should learn to sit still perhaps, and the meditation practitioner who can’t stand physicality might benefit from getting off of their cushion and jumping around a bit.

For those yogis who’ve hit a wall or over stretched their boundaries, fizzled out or exploded, become detached to the point that they feel alienated, or attached to the point that they get injured repeatedly, I would recommend they consider developing those aspects of their practice that do not come naturally, that they have no inborn talent for, that they have previously considered to be too boring/or too exciting. I believe that this is the way to develop a sustainable practice.

I’ll leave you with some personal, working definitions.

A fulfilling practice fills in what is missing.

A fleeting practice leaves one grasping for what they already hold.

A wholesome practice addresses the whole condition of the individual.

A meditative practice moderates, mediates, and puts one in the middle of themselves. 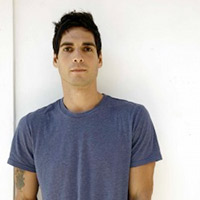