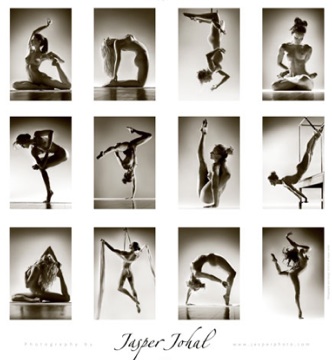 For a little more from Liz: Living & Dying on the Mat. ~ Liz Arch

The Real Unphotoshopped Me. ~ Liz Arch, Photographed by Robert Sturman

If you had asked me a few years ago about my thoughts on posing nude, my answer would have been: Hell, no!

What self-respecting woman would ever want to pose naked for public viewing? Doing ass-up yoga poses, no less? Not me.

I now stand corrected, and upside down and ass-side up. 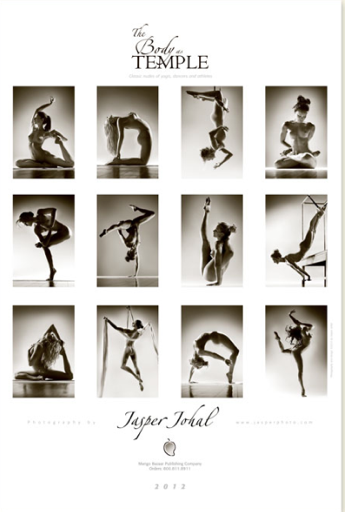 I certainly wasn’t always comfortable in mine.

But, before you write this off as another article from a skinny girl whining about her body image, let me concede. At 5’8”, I am aware that I am tall and slender. I wear a size four-six and openly admit that my ass looks great in a pair of lululemon leggings. But insecurities come in all shapes and sizes.

I come from a large Hawaiian family and I mean large in every sense of the word. My sisters and I were raised on spam, rice and malasadas (deep fried Portuguese donuts covered in sugar). My father has diabetes and so did my grandparents who both died young due to health complications.

So while I might be able to squeeze into a size four on a good day, I am fighting an uphill battle with genetics. I have womanly hips (easily hidden in tight-fitting luon) and cellulite on my ass that I’ve had as long as I can remember (even luon has its limitations). I used to refuse massages because I didn’t want anyone getting a handful of my butt jiggle. On the rare occasions when I would get a massage, I would spend the entire session trying to subtly tilt my rear toward the ceiling to make everything seem rounder and smoother. At the end of the hour, I would hobble off the table with my lower back on fire from all of the effort it took to keep my ass skyward. 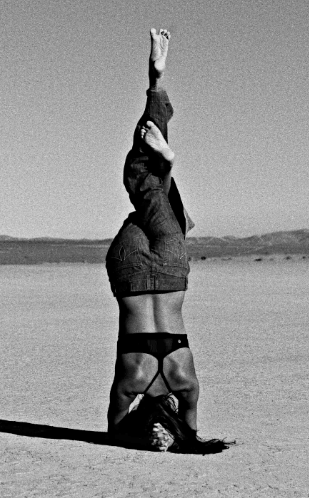 My insecurities went deeper than my cellulite.

Growing up, I was an awkward looking kid with mouthful of crooked teeth because we couldn’t afford braces. My parents let me get a boy haircut in the third grade and instead of looking like my idol at the time, Mary Lou Retton, I looked like Justin Bieber. Awesome if you’re a boy. Not so awesome if you’re a girl. To add to my awkwardness, my family owned a funeral home. Nothing paints a larger target on your back as a child than being picked up from school in a hearse. Let’s just say, I spent a lot of my childhood being teased and crying in bathroom stalls.

Thankfully, I grew up. My hair grew back, I got Invisalign braces in college and thanks to HBO’s hit series Six Feet Under, funeral home families had become cool. All was well in the world and I had, as my sister would say, “turned out much prettier” than everyone thought I would.  Thanks guys.

But that ugly duckling feeling never really went away. It ultimately manifested with me marrying a man who constantly validated all the worst things I thought about myself. I wasn’t good enough, skinny enough, and strong enough. I just wasn’t enough. Period.

It was yoga and meditation that I turned to to help me find the strength to leave an unhealthy relationship. It was yoga that helped me create a new and healthy relationship with myself. Tuning into my breath allowed me to tune out all the bullshit I had been telling myself since childhood.

All that I had learned from yoga and meditation was all tested when I got a call from Jasper Johal, one of the best fine art photographers in the yoga industry, asking if I would be interested in shooting nude for the 2012 Body As Temple Calendar. I was incredibly honored and agreed. But when the initial excitement of the call wore off, panic set in and all the old insecurities came flooding back.  The shoot is this Thursday? Thursday as in three days from now? Shit.

That wasn’t nearly enough time to prepare my body for its naked debut.

I found myself stepping onto the scale and immediately stepping off to Google the lemonade diet. Thankfully, before I could head off to the store for cayenne pepper and maple syrup, I had a, “What the f**k?!” moment. Was I really back to this place? Don’t I tell my students on a daily basis to accept and embrace themselves exactly as they are?

I wish I could say that I silenced my inner voice right then and there. But instead, I went to the tanning salon. If I couldn’t starve myself skinny in three days, I could at least fake and bake a few pounds off (that should have been the real WTF moment!). And, baked was what I got. I walked out feeling like a lobster with crispy nipples.

To make matters worse, I got my period the night before the shoot and a big fat pimple to go along with it. As I sat there bleeding, bloated, blemished and burned (are you turned on yet?), that nagging little voice popped up and told me to cancel. But I resisted the urge to slip back into old patterns.

The shoot itself was an incredibly freeing experience. The lens was able to capture what I couldn’t see, a strength that only arises from vulnerability. The final photo now hangs in my living room and when I look at it, I see much more than a naked body. I see an inner confidence that exudes outward.

Now I embrace every line, every freckle and every wrinkle. I embrace my small breasts. I embrace my hips. Admittedly, I’m still working on embracing my cellulite. Perhaps for my next shoot, I’ll do a nude version of half moon and finally show off my full moon in all its glory.

Hey, even the real moon has craters, but that doesn’t stop us from admiring its beauty. 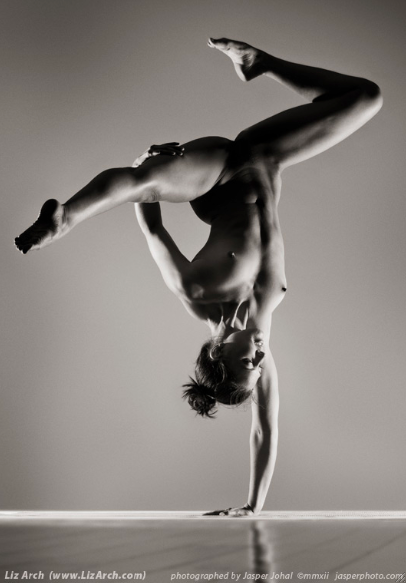 Photos: The Pure Essence of a Yogi {mild nudity}. 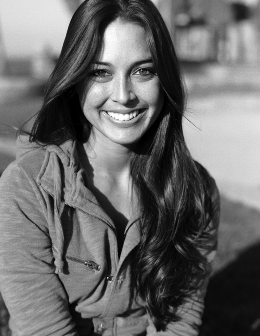 Liz Arch is the creator of Primal Yoga®, a dynamic yoga/martial arts fusion class that merges Vinyasa yoga with the playfulness of Capoeira, the artistry of Kung Fu, the grace of Tai Chi, and the agility of Budokon into a creative and mindful flow. She has over 10 years of experience in various yoga and martial arts styles including Power Yoga, traditional Northern-style Kung Fu and Yang-style Tai-Chi. She is a yoga ambassador for lululemon athletica and YogaEarth and a proud advocate for A Window Between Worlds, a non-profit in Venice, CA that uses art as a healing tool for women and children who are survivors of domestic violence. Visit her here or find her on facebook or twitter @primalyoga.