In Defense of Men. 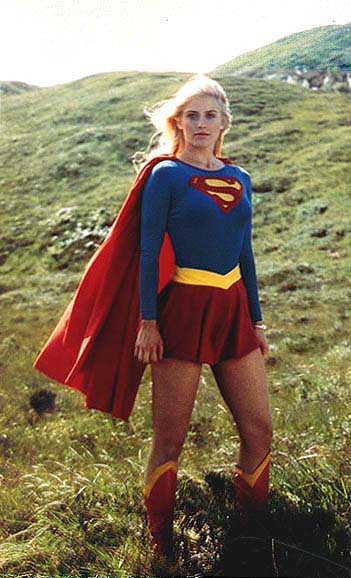 When did it become okay for women to be sexist?

I value men. I value my friendships with men, the contrast of masculinity to femininity. And yes, I know we all have both. And yes, we’re all equal. But I don’t pretend that being of equal value means that we are the same. We are different. And vive la différence!

A male friend was telling me a story about when a female yoga teacher told him in the middle of a class that no shirts were allowed. Everyone laughed and he rolled with it, and made a joke about not wanting to make anyone feel insecure. No big deal, right?

Another friend told me about a female colleague who routinely puts him down and tells him his work is “mostly dumb shit.”  If he says nothing, she keeps tearing him down—often in front of other co-workers. If he speaks up for himself, he’s told he’s being too sensitive.

I asked another friend I consider a gentleman, a good guy, if he had ever experienced anything like this. He sort of sighed and looked uncomfortable for a minute. Then, he reminded me that our mutual friend was in the habit of calling him “dumbass” and “f*ckface” instead of his name most of the time. He said he’s thought about telling her it hurts his feelings, but didn’t want to deal with the confrontation and more ridicule.

I started asking around and realized most men I asked had some anecdote about being verbally slammed by the women they knew, and then often called “too sensitive” if they bothered to stick up for themselves.

The sharing of these anecdotes all ended the same: a shrug. A slight bite of the lip. A “this kind of sucks but I’m not sure what to do about it” expression. Maybe they don’t seem like a big deal to you. Men can take it, right?

But what if the genders were reversed?

What if a male yoga teacher told a female student to strip down to her sports bra if she wanted to stay?

What if a man routinely disparaged his female co-worker’s ideas and put her down?

What about a man calling his female friend “bitch” or “c*nt” instead of her name?

How do we feel about it then? Starts to feel like a bigger deal, doesn’t it?

I’ve also noticed an ever increasing tendency—particularly among feminists or equally empowered women–to treat men as targets, not equals. Man up. Suck it up. Idiot. Jerk. Bastard. And it goes downhill from there. When did women being empowered start to equal beating up and devaluing men?

Why can’t men get mad cow disease? Because they’re all pigs.

Why do men name their penises? Because they don’t like the idea of having a stranger make 90% of their decisions.

All of these—and these were a few of the kinder ones—were from a chain email from a woman I know considers herself a feminist. Why the hate? Why does female empowerment have to go hand in hand with emasculation?

What’s even worse than the blatant, tacky jokes is what masquerades as mindfulness. A woman writes about her sexual experimentation–she’s empowered. A man does the same—he’s a pig. If a woman posts pictures of a shirtless guy, the comments are “more, more, more!” If a man posts pictures of a woman in provocative dress, he’s likely to have a mob of angry commenters after him. If a woman speaks up about rape, we rally behind her. If a man speaks out—it’s often a joke. Women being stalked or victims of domestic abuse? We react in horror and want to help. If a man…oh that’s silly! How funny, poor guy–hahah!

Being strong should have nothing to do with cutting someone else down.

I’ve learned a few things from the men I know. Things that make me pause before I respond to them as if they were made of bricks and steel instead of flesh and blood like me.

1. Men want to be listened to and heard. In our culture, many men have this need filled exclusively by the women in their lives.

2. Men want to be valued. It doesn’t feel good when your opinions are met with a slap in the face–verbal or otherwise.

3. Men are vulnerable and insecure and our society says it’s not okay for them to be either of those things. They want friendships and relationships where it’s okay to be vulnerable.

4. Men want to be respected.

5. Men want lots of different things and can’t be pigeonholed into any bullet-pointed internet list of what men want or who they are—any more than women can.

Most women I know want the things on that list too. Men want many of the same things we women do. And they aren’t from Mars or Venus or whatever the hell that book was. And they aren’t just women with penises and more body hair. We are different. But it isn’t the difference of silk and steel. The ways that they are stronger don’t mean they can’t be broken. The ways that they are different aren’t flaws.

Men aren’t made of bricks any more than we are delicate flowers.

It’s about complementing each other. It’s about being stronger because we work together. It’s the yang to the yin. It’s the jigsaw puzzle edges where each of us are different and the same. Beyond gender, beyond sexual orientation–it’s about respecting each other and delighting in the ways we come together and move apart. Enlightenment and empowerment are not about making anyone feel like they are less.

Let’s stop tearing each other down.