“The turbulent situation in Anusara threw us together. Before resigning, many of us worked closely to try to help John [Friend] make the right choices so the community could heal its wounds.

After resigning, we reached out to one another for support. The healing naturally evolved into us wanting to reconnect to and help heal our community, and to include others in a vision of a post-Anusara future.”

In a letter posted on Facebook and on their new website, the Yoga Coalition states that it is “a group of yoga teachers who have recently distanced themselves from John Friend and Anusara, Inc. Regardless of our transitions from Anusara, Inc., we are as committed as ever to excellence in the art of teaching yoga, and to our local and global communities” with the overall purpose of “collaborating and building on existing relationships, in a decentralized way that fosters creativity and allows grassroots initiative. Some of us may collaborate on projects and programs to empower our students. Some may focus on building bridges to the larger yoga community. Some of us may work to re-imagine what a serious yogic education, with a true standard of excellence, looks like.”

(For the full letter, see Yoga Coalition: A Declaration of Independence from the Anusara Community.)

While I’m seeing an overwhelmingly supportive dialog beginning on the web and Facebook from its formal inception just less than 24 hours ago, I’m also noticing comments by people who are bruised by organized tribes and are confused as to why those in the (former) Anusara community would even want to create yet another group.

This coalition, or YoCo (as some are calling it), comes not from a need for yet another hierarchical system of leadership but a broad stroke or collective of teachers who are either Anusara, formerly Anusara or Anusara-inspired looking for understanding, support and where to go from here.

Bernadette Birney is a former Anusara Certified Teacher who’s had enough of the exclusivity. In a conversation with Bernadette, the group’s unofficial communications liaison, she shared with me the vision for the coalition and how she feels it will not only be a conduit for healing but “an opportunity to explore what yoga teacher leadership looks like”.

She feels it’s time to “claim and re-claim” her own authority and for other teachers to do the same. The letter is an open invitation to anyone who wants to participate in a conversation for creating bridges for the rest of community. It is not meant to be “the cool kids club”.

“We’ve come out of a culture where there was rampant favoritism. The YoCo wants diversity.”

The letter is signed by a mixture of well-known and seasoned Anusara teachers.

These senior teachers “stepped in to fill a need and felt it was important to move quickly in what has been a dark and ugly tone of despair. Some kind of hopeful message is necessary, and it galvanized us to action. The YoCo is not the sum total of the names on the list. The names are present because we want to be as transparent as possible. It’s just the beginning of a conversation of what we might come together to be.”

Bernadette goes on to explain that this co-creational grassroots dialog is what will establish the vision for the group. While this may not be a representation of the entire group, it is her personal desire that the Yoga Coalition will build bridges into the rest of the yoga community and reach to other yogic styles beyond Anusara. Anusara has been “introverted for so long and there are all kinds of possibilities to explore” beyond its borders.

“This is just a beginning and good place to start. And, we have a long way to go.”

“I am not invested in pulling anyone who doesn’t want to come along with me. I am dropping my end of that rope.”

In fact, she is encouraging others in their efforts to create their collectives too. They don’t need to join YoCo. “They can initiate their own dialogue, create collectives of their own, and we can all create larger cooperation. We are not ‘the’ alternative. We’re just one effort in the process of endorsing others to do their thing.”

Emma Magenta, former Anusara Certified Teacher and Studio owner, also weighs in on the establishment of YoCo. In clarifying who can be a member of the Coalition, she’s “not even sure if there’s going to be a membership because it’s a work in progress.”

“our intention is to be inclusive to all formally licensed Anusara teachers who agree to the guidelines and/or standards of membership. These standards and guidelines are in development, as is a discussion regarding teachers on the Anusara path and beyond. It is not necessary to have been Certified.”

Clearly, there’s much discussion and “development” to come on this topic of membership or non-membership to the YoCo.

Emma confirmed Bernadette’s sentiment that the coalition’s objective is to be a catalyst for honest, healing conversation. She would like to see it “reconcile the value of inclusively and discernment” by putting a value on standards and guidelines.

She also recognizes that everyone will have a different viewpoint on this but is hopeful that “by working in a group with an active passionate interest in collectivity that those who are grief-stricken and confused will have a sounding board of like-minded individuals.”

She believes that the reason the YoCo has been so well received thus far springs from a longing present in the community to be connected. Through this connectivity, she stresses that the two most important things in moving forward are:

(1) helping to establish a standard of excellence in yoga educational training across all styles. And (2) the creation of a more collective model of yoga. She firmly states that the coalition’s purpose is not to create a new style of yoga but sees it more as a “guild of teachers and studios who hold similar ideals.”

“patient as we build it. It’s a marathon not a sprint. I’m dedicated to this idea of high quality education in yoga and to the ideal of trying to create and live that standard through the practice of working in community. It’s hard to build something and move forward as a group while integrating different voices into a consensus. In the end, I believe it will be a deeply satisfying work that help others and grow me individually as well.”

The YoCo will keep moving toward creating a structure that will be informed by the conversation in which everyone is participating.

“There is no preconception, other than [wanting] to be a collective of diverse voices.”

Aware that it’s not easy to step into the pain of another, YoCo hopes to start small and grow from the center out, first supporting those in pain, then as the situation becomes more stable, becoming bigger and stronger together.

Both women feel that the Yoga Coalition is genuinely acting in good faith, and after in-depth conversations with both of these women, I intuitively feel they are on to something that will no doubt impact thousands of lives. YoCo will undoubtably simultaneously draw criticism and praise, and if they prove to be as resilient as they claim, they will receive both with grace. 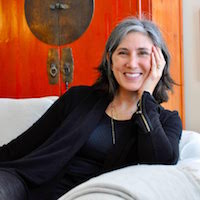