Sexual Jealousy: The Alchemy of Fury and Love. ~ Dawn Cartwright

It was the climax of the weekend workshop I was teaching.

Sunday, late morning, in the wave of bliss meditation, my lover partnered with a beautiful dancer, a good friend of mine while I prepared the group for the journey into surrender.

My attitudes with my lover, with men at that time, were strained and tight. In this particular man I saw an inability to be present and a childish need to talk incessantly about his plans. I was resentful, guarded and irritable. He was confused, anxious and nearly beaten down.

The couples created the spaces in which they would practice the meditation, arranging soft pillows and colorful fabrics, lighting candles, chanting, dancing and singing. The excitement was palpable, a psychedelic mist that filled the room as sultry rhythms of exotic music began to carry us, myself included, into the complex textures and no-mind surges of sexual attraction.

Greeting one another namaste, the pairs throughout the room began to hone their focus to the beloved before them. Fully clothed, yet naked to the core, each was invited to see this man, this woman, as all of existence; the very source of life. Together they entered timeless space where nothing else existed, no past, no future, only this.

As I gave instructions for the wave of bliss meditation, gently cooing possibility, irony flashed in front of me and I laughed to myself.

Here I was, guiding my lover into loving another—to love her well and with all his heart.

I had entered the labyrinth of tantra, of non-duality. Any resistance to this experience would leave me wandering in the bardos of emptiness and almost-love for all eternity. I had set up this meditation. I was the one who opened the door for my lover to attend. I was the one surrounded by beautiful women friends, tantricas every one. I was the one who would be liberated or destroyed.

My only hope in this case, was complete and total surrender with no idea of what surrender would bring—or even how to surrender. Yet I was also willing for anything and everything that would, could, open me.

And now tantra, in the beauty of all that it is, prepared to teach me, the teacher, and forever break my heart.

The pairs around the room appeared before me and within me as I led the meditation. It was the lovers around me who breathed my body, and the sound of their breathing whispered the map of our journey.

My lover began as I expected he would, clumsily and absent-minded, looking to his partner to take the lead. My irritation for this man grew as I watched him falter. The familiar gnawing began in my gut as I observed his tentative efforts and I rankled at his hesitations and unwillingness to lead. He was adrift among these waves and desperate for someone’s guidance.

Guide him she did, my beautiful friend. She embraced him with gentleness and love, not the wrath and punishing attitudes my frustration often dealt him. She took him in, as a woman does. She saw him for who he truly was with such love and tenderness that he relaxed, began to weep, and seemed to fall into deep quietude.

His movements, in the beginning, were stiff, his breathing, self-conscious. I could see he was intent on following the instructions for the meditation, not truly present with himself or his partner just yet. Suddenly, this began to change as something emerged from the quietude—something imbued with strength.

He gave himself to his love for this woman and met her in a way he’d never, ever, been able to meet me. I saw his eyes light up as he freed himself from his thinking and concentration. I saw his body come alive with sensitivity as he responded to every move she made.

He took her in, then offered her beauty back to her, complete with the embellishments of his own arousal and desire.

They were in rapture.

Hours and minutes passed and by the grace of all that is tantra, the meditation managed to lead itself to a magnificent completion. The many participants, my lover and my friend, lay strewn about the floor in pure and utter bliss.

I couldn’t wait to pack up the car and get out of there. I’d had it. We were through. Once we packed up this car and made it home I didn’t care if I never saw his blissed-out face again.

Right, never open up with me, but give you one chance, just one, in a workshop with someone else and you become Shiva himself.  Fine. Have her. Have any other woman—have every other woman. I’m outta here.

It was a long two-hour ride home together. I ranted. I raved. I sulked. I exercised every emotion known to woman and explored the full range of each.

I might as well have been baying at the moon for all the response I got from him. He just sat there, driving, being oh so present with me, with that irritating blissful smile on his face. Then looks of concern. And finally, an overwhelming air of peacefulness that could not be shaken.

I was ready to have an aneurysm.

It was getting late and we were hungry. We decided to stop along highway 101 for dinner. Now I could sit straight across from him and look him in the eye while I updated him, in great detail, on his transgressions.

His presence was patient and warm. He did not resist me. He allowed me my ranting and he sat, quietly, just there with me as I went on and on and on. Somehow, sitting in front of him, with him just there, no resistance, no argument, no trying to fix me or explain himself, I ran out of steam. Stillness arose between us as a space, a gap. There was nothing left for me but to feel, to be with myself. So I sat there, in stillness, and I felt.

After just a few minutes the intensity of all that I’d been feeling—the irritation, the jealousy, the anger—became overwhelming. It strained at the surface of my being like some dark orgasm on the verge of tearing my world apart.

It was here, in the silent space where my ranting had led me, that my heart dropped through my feet and shattered on the floor.

My heart broke into so many tiny pieces it seemed to completely disappear. And I realized that I loved him. I realized what I had witnessed that morning between my lover and my friend was what I wanted, more than anything. And that I wanted it with him.

The way he met her. The way he came alive in her gentle presence. How he loved her. How he emerged as the man I’d always wanted. And it wasn’t lost on me the way she made all of that possible by accepting him, the very thing I’d never been able to do.

While my shattered heart lay there on the floor, I told him this. In an instant, all the strain and tightness within me dissolved and everything I had witnessed in the meditation filled the restaurant and the space between our bodies.

I loved this man. I knew he had always loved me. And now those walls that I’d kept firmly in place for so long, walls I had fortified with my judgments and criticisms, came tumbling down making a sound I can only imagine must be the sound of a breaking heart.

As I write this woman’s story—my story—I’m in awe, once again, of the alchemy of tantra, a magical chemistry that reveals everything, even jealousy, is raw material. All of our upsets are the base metal that contains the potential to become gold.

My irritation, my tightness. my ranting, my raving? All love, only love. Love at first repressed as irritation and tightness. Love then expressed as jealous ranting and raving. Then finally, love surrendered to and felt. Loved received. Love lived.

Dawn Cartwright is a Tantric visionary, sacred writer, world traveler, and innovator in bio-energetic Tantra fusion. She discovered the path of Tantra by accident shortly after a period of life-changing mystical experiences in lovemaking. During her 20 years of teaching, she has integrated the Vigyan Bhairav roots of Tantra, Alexander Lowen’s teachings, the wisdom of Osho, and a microcosm-macrocosm approach to the body. Founder of the Chandra Bindu Tantra Institute in Santa Monica, California. www.chandrabindutantrainstitute.com 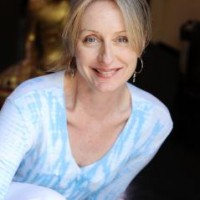