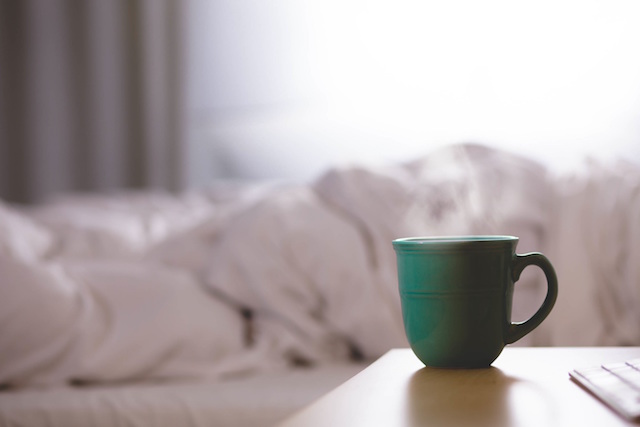 That hot cup of milk your grandmother gave you before bed may have been a powerful sleep medicine after all.

Experts link rising stress levels and elevated cortisol (a hormone released in response to stress) to the rapidly increasing number of cases of insomnia. The problem is compounded when the lack of sleep causes more stress, which again raises cortisol levels, which further disturbs sleep patterns.

Researchers have found that when bioactive peptides in milk are taken before bed, the improvements in sleep are remarkable (3-5):

Keep reading to learn how to get these benefits without the detriments of conventional milk—and learn a delicious Ayurvedic super sleep recipe!

Grandma’s hot milk before bed was scientifically validated for the first time back in the 1930s when milk and cornflakes were shown to deliver a better night’s sleep. In 1997, research done on newborns demonstrated that infants given milk had improved sleep beyond the benefits of nursing and being held.

The benefits of hot milk before bed was not only an Ayurvedic sleep remedy. In Europe, the benefits were widely known and well researched. Certain peptides, or proteins, in milk have been shown to activate the brain’s GABA receptors (4).

Drugs that activate GABA receptors are known as benzodiazepines and are widely used as sedatives for stress, anxiety and sleep (6).

In one study, 32 healthy men were given just 150 mg of these milk proteins, and in just two weeks their sleep quality improved by 50 percent (7).

In another study, over 60 women who were complaining of a host of stress-related problems, such as digestion, cardiovascular, emotional, cognitive and social disorders, were given 150 mg of the milk proteins before bed. The benefits ranged from 50 to 60 percent improvement in all of the disorders listed (8).

The Deadly Effects of Chronic Insomnia

When the body is chronically denied sleep, stress hormones, like cortisol, steadily rise. We evolved to boost stress when being chased by a lion, tiger or bear, which hopefully ended quickly when one found safety.

Today’s stress levels are 24/7, with little end in sight for many folks. Such chronic stress has a direct impact on sleep. According to a 2001 scientific poll, 38 percent of Americans received a solid eight hours of sleep. In 2009, that number was reduced to just 28 percent.

Sleep is so important for good health that one landmark study linked getting seven to eight hours of regular sleep each night to a reduction in mortality from all causes (9).

What’s worse is that people suffering from chronic insomnia were also shown to be at risk for numerous health disorders such as:

Drinking hot milk before bed has been used for thousands of years in Ayurvedic medicine for benefits that reached well beyond sleep. Albeit much different from today’s chronic stress levels, stress was still a health issue even back then.

According to Ayurveda, chronic or excessive stress would deplete a precious substance in the body called ojas. Ojas is said to be the physiological expression of consciousness, in charge of immunity, reproduction, beauty, and the overall health and well-being of the individual.

Ojas takes 30 days to be manufactured in the body, and is the result of numerous enzymatic actions that start with the digesting of food into the body’s lymph, blood, muscle, fat, bone, nerve and reproductive tissues. Once these tissues are successfully made and deemed healthy by the body, the final product, or essence, of all these tissues—ojas—is produced.

When ojas is depleted, either from stress, lack of sleep, bad food, poor digestion, excessive activity or inactivity, the body breaks down fast. Folks with depleted ojas are exhausted, can’t sleep, have no sexual desire, have dry wrinkled skin, stiff joints, accelerated aging and are predisposed to disease.

In Ayurveda, there are certain foods and herbs that are specific to building ojas, and it all starts with milk. Now, I realize milk is a controversial issue, but nonetheless, it has well-documented properties to mitigate numerous stress markers, support sleep, and build what Ayurveda calls ojas.

The major problem with today’s milk is that it is very difficult to digest. Here’s why:

Most healthy grocery stores sell non-homogenized, vat pasteurized milk that is free of chemicals, antibiotics and hormones. While raw milk may be the best, vat pasteurization is a slow and safe heating process of the milk at lower temperatures (135 degrees for 20 minutes) that doesn’t damage the milk proteins.

Many folks who consider themselves lactose intolerant can enjoy milk once again if the milk is not commercially processed and the digestion is strong.

Read more about healthy milk in my article called, Stop Eating Dairy Until You Read This Report.

Enhance the Benefits of Milk with Ojas-Building Foods and Herbs

To boost ojas and gain the predicted benefits of sleep, ojas-producing foods and herbs were cooked into the milk before bed. This is about as yummy of a drink as you will ever have:

1. Add small amounts of these to one cup of milk as you slowly bring it to a boil:

Drink one cup of the ojas-building hot milk each night for 3 months to rebuild ojas levels and support sleep patterns.

For best results, both men and women may consider supplementing with shatavari and ashwagandha (500mg of each three time per day for three months).

15 Natural Remedies for Insomnia & the Sleep-Challenged.

Bonus: 5 Mindful Things to do Each Morning.