Media stories of childhood sex abuse have filled the airwaves of late; from the Penn State trial of Jerry Sandusky to the ongoing Catholic Church scandals to the first conviction of a high ranking church official.

While these stories stir our outrage, their telling and re-telling truly only reflect the tip of the iceberg when it comes to both the enormity and secrecy surrounding childhood sexual abuse. In fact, childhood sexual abuse makes up more than ten percent of the millions of reported childhood abuse cases in the US.

Worldwide, research shows that up to 36 percent of girls and 29 percent of boys have suffered child sexual abuse and coercion. According to the World Health Organization, these statistics represent 150 million girls and 73 million boys under the age of 18 who experienced forced sexual intercourse or other forms of sexual violence. That number increases substantially when you include the vast sexual slave trade market that holds millions more children in its grasp. Most shocking of all is that even these numbers are considered to be only fractional because sexual abuse carries such profound taboos that the vast majority goes unreported by the victims themselves.

Recent revelations of the years of child sexual abuse that occurred in the Penn State locker room generated a national swell of outrage in response to the institutional efforts to cover for the perpetrator which enabled the sex abuse to continue. Just days before, Monsignor James Lynn was the first high ranking church official ever to be convicted for  the same crime of protecting and enabling other priests that were abusing altar boys. Unlike the Sandusky case where the perpetrator was also sentenced, the priests were not tried. However, what both these cases share in common is the silence, denial and shame that the victims faced when they came forward.

Sadly, our national conversation about this rampant form of child abuse too often ends with the dispensing of punishment. We refuse to delve deeper into the frequency and prevalence of inappropriate sexual behavior that impact millions of children. Like Sandusky, it is not surprising that many, if not most, perpetrators were once childhood victims themselves. Our collective discomfort with the reality of this situation creates a weighty silence that suppresses and distorts normal human sexual impulses and turns them into a distorted cycle of repeated pain.

Jerry Sandusky wasn’t an outright liar in his trial. In order for him to live with his overwhelming shame he had to reinvent what happened with all the boys he abused, just as he had to reinvent the story of his abuse as a child.

He needed help that he couldn’t ask for or even recognize.

When we refuse to host a sexual conversation that is focused on healing, it leads to misinterpretation of the lasting emotional damage for both the perpetrator and the victim.

Denial and distortion are as common to the adult perpetrators as to the children being coerced into sexual acts that they do not understand. They create ramifications in all of the other aspects of their emotional and social relationships. Those who have looked the other way in the hierarchy of the institutions are silent not only out of covering up bad press issues, but like many of us, also are clearly unable to language and determine consequences of inappropriate sexuality.

Not long ago, I interviewed ­Dr. David Knighton, a renowned physician and the author of The Wisdom of the Healing Wound and was stunned when he shared the story of his own healing journey. He identified that the source of a lifelong migraine originated from the place where his grandfather had held his head during forced oral sex throughout his childhood. Other adults must have known what was going on during the frequent trips to the basement to fuel the furnace.

Yet, Dr. Knighton revealed that the most painful aspect of his own healing was coming to terms with his memory of his grandfather as the sole member of his conservative family who really loved him. In his career, Dr. Knighton went on to invent several innovative healing tools that revolutionized the treatment of physical wounds, but admitted that had he not had the opportunity for his own healing, this childhood sexual injury would have destroyed his life and his potential.

Indeed, of all of the institutions that need reform, it is the family structure, which accounts for the largest proportion of both reported and unreported  cases of childhood sexual abuse. The injury is made that much worse by the denial of childhood sexual abuse that goes unrecognized for generations. One of the most disturbing aspects of this form of abuse is that the majority occurs with people that the child knows and often trusts. Many adult victims are ostracized from their family or called crazy for their accusations even years later in life. Remarkably, even in the worst cases of abuse where children require treatment, they are often placed back in the home with the perpetrator.

In this context, it becomes easier to understand how both child victims of sex abuse and the adults who know of its occurrences remain silent, ashamed and wounded, refusing to give voice to their suffering or legitimate accusations. Although this context does not excuse the denial of the much larger institutions for not taking responsible measures to protect children, it is clear that culturally we all participate in a culture which lacks the courage and maturity to express the depth and gravity of sexual abuse in childhood. We have grown accustomed to looking the other way instead of facing this invisible epidemic which has stolen the soul of many people’s sexualities.

I was hopeful that opening this national discussion up within the recent trial and conviction would enlarge our national dialogue about this giant elephant sitting in our midst. Instead we focused our extensive commentary on the severity of the punishment to the Penn State football program. This is a critical opportunity to refocus our commitment to sexual education because it is only through education that children will learn how to identify and communicate respectful boundaries of their emerging sexual selves. Likewise, adults whose sexual fantasies converge on potentially abusive behavior will be able to identify appropriate sexual outlets.

So long as sexual revelations are associated only with shame and punishment we will continue to suppress the truth of who we are sexually and refuse to ask the question of how we got here. What has been happening in our most revered large institutions are not isolated cases of human sexual deviance, they are the magnification of the imposed silence from decades of “just say no” to everything sexual and the historic fears of our own mysterious sexual drives. 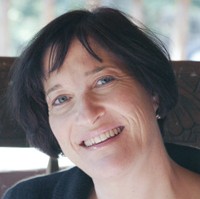