Healing Through Qigong: The Art of Breathing.

The word “Qigong“ is made up of the two words, “qi” (meaning “breath” or “gas” in Mandarin) and “gong” (meaning “technique” or “work”). Thus, Qigong basically means “breath work.”

Qigong is a technique of traditional Chinese medicine involving the regulation and coordination of breathing patterns to ensure good health.

Qigong is believed to be the result of decades of struggle by the Chinese people for survival.

It was noticed that certain breathing techniques used in conjunction with mental concentration greatly improved bodily functions. Qigong has also borrowed heavily from Taoism and Buddhism. Thus, spirituality can play a very important role in Qigong techniques. Some forms of Qigong even believe that an individual can attain higher levels of accomplishment only if he is very virtuous.

Traditional Chinese medicine operates on a simple but effective premise—that of chi. Chi is the energy or life force that travels through the human body and suffuses all our organs with health and well-being. When this flow is blocked or disturbed, there is a disturbance within the system that manifests itself as a disease. According to tradition, all that a doctor has to do to restore good health is to analyze the reasons for the block and to take measures to facilitate the free flow of energy once again.

Qigong teaches an individual to live in such a way that the free flow of energy happens always, so that he is free from diseases. As the two words indicate, Qigong deals with the manipulation of breath to achieve and maintain robust health. This art has found a strong role in the martial arts of ancient China where people had to mobilize energy and stamina in coordination with the physical act of breathing.

This Chinese healing art is an effective form of alternative medicine that uses a series of gentle focused exercises to coordinate the mind and the body. It is believed that most people use only a small portion of the energy within them. Most people get sick because they do not breathe properly. These two facts have been juxtaposed in Qigong, where proper breathing helps bring good health. As such, Qigong is mostly taught for health maintenance purposes, but sometimes the medical practitioner also uses Qigong for therapeutic purposes.

Today, millions of people all around the world practice Qigong for maintaining good health. Qigong and other related arts are still associated with meditation and martial arts. But as opposed to the past, these people are no longer the sole custodians of the intricate techniques involved in Qigong. These techniques have become extremely popular now that medical Qigong has been officially recognized as a medical technique in China.

The practice of Qigong began nearly 5,000 years ago. Today there are almost 3,000 forms of Qigong. Tai Chi is one of the more well-known forms that have more of a martial arts aspect. One of the more modern forms that I practice and teach is the moving Pan Gu Shengong developed by Master Ou. This is a healing form that balances the active and passive energies in the body, and when practiced daily, can have profound effects physically and mentally.

Pan Gu is one of the simplest forms that I practice, but it packs quite a punch and can be practiced by anyone. Although I do practice and am trained to teach several other forms, if I had to recommend one form it would be Pan Gu Shengong—not only for its simplicity, but also for its powerful balancing effect on the whole body.

Western medicine readily accepts that Qigong can improve the overall health and vitality of a person. The religious connotations that lie below the surface have occasionally proved to be a matter of controversy. However, Qigong is not a religion and can be practiced by people of all faiths. If anything, the connection we make with ourselves through the breathing and movement exercises can add to whatever spiritual path we follow because it allows us to see the oneness in everything.

We are what we eat and breathe, and we know that everything is made of energy. Because of this, we are connected with everything. It is when we lose this connectedness and become separate that disease develops. By practicing Qigong, we learn to be at home in our own bodies and reconnect with the oneness of everything.

While there are no two opinions regarding the level of effectiveness of this practice, there is no denying that Qigong does work. But you have to actually do the practice to reap the amazing benefits Qigong can offer. So don’t wait. There are thousands of practices out there that range from simple breathing exercises to complex moving forms. Find the one that works for you and stick with it. Whether you’re looking to de-stress, get back in shape, improve your balance, or manage pain, you will notice a difference if you commit to a daily practice.

I dare you to do something good for yourself today. Just Breathe. 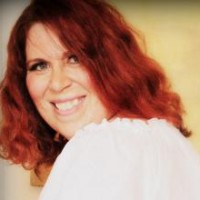