How to Find Peace During These Times of Turbulence.

“In chaos there is fertility.”

So much seems to be out of our control these days, it’s as though the relentless challenges of this century have left no global stone unturned. But have you stopped at any point to search for any silver linings? Whether it be in your own personal experience or a more wide-spread concern?

To encourage you to do exactly that I will share with you my recent experiences in India, where things not going to plan brought about a blessed encounter.

As fate would have it, the Dalai Lama’s birthday came about when I was living amongst the Tibetan community in exile, up in the foothills of the glorious Himalayas in Northern India. After the invasion of China in 1951, thousands of Tibetans refugees fled to this mountainous town and made it their home, including the Dalai Lama himself.

I had been to celebrations before in the Dalai Lama’s temple where Tibetan men, women and children displayed their abilities in that soft, somewhat sensual Tibetan dance. Where movements at times are so subtle they can seem like a last minute decision that wasn’t quite followed through. Where wonderful costumes mimicked a life once lived in the peace and serenity of a free Land of the Snows—a free Tibet.

Children and their knowledge of these cultural pursuits are crucial in this exiled world for one day they could be the generation that rebuilds Tibet.

By asking around the monastic community, I found out a few days before that the Dalai Lama himself would be present which apparently is a rarity due to political tensions. And that this was an extra big celebration due to His Holiness being awarded the Templeton Prize, for which he received a sum of £1.1 million that he immediately donated to charity.

I am very fortunate in that I have wonderful monastic friendships within this community, which I find are becoming ever more the sweeter, the deeper, the truer.

Through difficult times, through exuberant times, through monotonous times we have stayed strong. So the opportunity to celebrate this wonderful day with them resulted in me happily extending my stay in Mother India.

The festivities actually began the night before. Chilling out with the monks in their monastery we stayed up late sipping chai and cracking jokes that found existence on the precipice of our broken Tibetlish.

Their day usually begins at 6 a.m. with the hope shattering resonances of a morning gong, so naturally they were looking forward to a rare sleep in the following morning. However at about 10:15 p.m. their expectancies took a turn when Lama Buga received a phone call.

It was his friends in Tibet requesting a puja (Buddhist prayers) the following day.

My dear friend Lama Buga is named such because he has a deep-seated loyalty that I currently find very rare in my Western world. He also happens to be the puja manager, so needless to say the word went out that everyone had to be up at the usual time for a brief spell of work.

One lama didn’t get the message and despite his holiday protests that following morning, he was promptly hauled out of bed by the committed monks, for a holiday in exile is unfortunately yet another nightmare day in Chinese occupied Tibet.

I, on the other hand, was busy sleeping through my alarm clock which interestingly was the first and last time this happened during this trip to India. After I had finally woken up and was deliriously charging about my hotel room I received a phone call from Lama Buga declaring “puja finish,” which I knew to mean “come on let’s go!”

When I made it to the monastery, the monks were waiting at the entrance for me as they watched a rainbow of traditional Tibetan chubas (dresses) float by: children dressed in special outfits that used to be the norm in Tibet and women resembling oriental goddesses that made me as a westerner look so very plain.

A young niece of Lama Lobo’s showed up and was being fussed over by her mother as the finishing touches of her ethnic outfit were perfected.

Hers was a rare style of chuba so the attention she was drawing was aplenty.  Many thumbs up from the monks as they tried to convey to me the uniqueness of it accompanied by a “Chuba good!” from Lama Buga.

So, alas, with the impromptu puja, my lateness, the dress rehearsal and a habitual cup of chai en route, we were very late arriving at the big event.

Crowds had already solidly filled out the small space and I found myself stuck between them and an unceasing stream of new arrivals. I could see absolutely nothing and due to memories of Kalachakra 2012 (12 day Buddhist ceremony held in Bodhgaya, India) being close to the surface of my mind, I decided to leave for fear of being crushed in a crimson tide of Tibetans.

Those folks are a lot tougher than me!

En route with the monks!

Lama Buga, who is not a big fan of crowds either, was only delighted to accompany me.

As he skilfully weaved his way out a few feet ahead of me, he turned around at one stage, pointed into a car squashing by us and shouts “Karmapa!”

The Karmapa, who could be described as being similar in ability to the Dalai Lama for he too is a high level reincarnated Tibetan master, was right there!

And to have him pass so closely by like that you can be sure his rays were shining right where we needed them to.

And in that moment I had a realisation.

I had been lucky enough to be in the presence of the Dalai Lama three times on this trip and perhaps my uncharacteristic tardiness that morning was the work of an all-knowing higher intelligence. For what the Dalai Lama brings in compassion and openness I would say the Karmapa matches in wisdom and wrathfulness.

All much-needed qualities for the world we live in today, don’t you think?

So if in your life if things don’t go to plan I say let it go for really there is no wrong.

There is a higher plan mapped out which we agreed to before we came down to earth—it’s our soul contract. And if you take the time to reflect back and join the dots that got you to where you are today you may find that the times were everything fell apart did so, so the right path could come together. 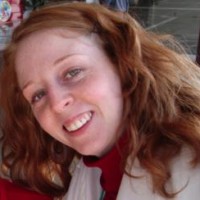