I’m White. Say I have “Neutral Ethnicity.” I dare you.

“Neutral Ethnicity“: only Canada would make up a phrase that appears so innocent but carries such insidious meaning.

The story goes that an “Asian looking” woman peering into a microscope on the $100 bill made some people in focus groups feel uncomfortable. The Bank of Canada’s report reads, “Some believe that it presents a stereotype of Asians excelling in technology and/or the sciences.” After all, calling an Asian person smart is almost as bad as saying they are bad drivers.

The report goes on, “others feel that an Asian should not be the only ethnicity represented on the banknotes. Other ethnicities should also be shown.”

So true. The old white men were doing a much better job on the bills before this whole fiasco.

Anyway, that’s not the worst part. The worst part is that the Bank of Canada made the call to “neutralize” her race, deleting her Asian-ish features and replacing them with what they’ve been calling “neutral ethnicity,” which by all accounts appears to mean Caucasian.

There are so many levels of wrong here. Firstly, I’m not sure you could call any ethnicity “neutral,” but if you are going to, white is probably the least appropriate candidate for the name. White ethnicity has been encoded with power, authority, violence, and among other things, stealing land from every other ethnicity.

I know this because I am a white person, and because I wrote my Master’s thesis on Black history in Canada. One of the major things I learned writing that thesis is that Canada is almost pathological in its ability, in writer Joseph Mensah’s words, to “black out the Black history in Canada.” Obviously it’s not just Blacks that are meticulously neutralized from history:

“As Canadians, we have the tendency not only to ignore our racist past, but also to dismiss any contemporary racial incidence as nothing but aberration in an essentially peaceful, tolerant, charitable, and egalitarian nation. For the most part, we believe we are superior to countries, such as the United States, that are struggling with racial problems.”

Some might ask why I would care about this. I am, after all, coded “neutral ethnicity,” which implies my Canadianicity is unproblematic. One could argue I have no right to learn about Canada’s racial past, or write my Master’s thesis on Black experience, precisely because there is no one who can claim neutrality.

As a fourth-generation Scottish Canadian, I am no more Canadian than anyone else who has been here for a while. My great-grandfather was a Home Boy: like many poor and orphaned children in Britain at the time, he was forced to immigrate to Canada to provide slave labor for a farm family in Canada. Regardless of what actually happened, though, my white color is all shades of oppression and violence. There is nothing “neutral” about my skin.

The words “Neutral Ethnicity” smack of the kind of Canadian hypocrisy that has been going on for generations. “Neutral” is, after all, the word that was used during the Vietnam war, when Canada was providing weapons to the U.S. without the knowledge of the Canadian public.

Canadian cultural mythology is based around the idea of multiculturalism, that we are a country that accepts all cultures and encourages everyone to maintain their cultural traditions rather than have to behave in a specifically Canadian way. The “Canadian way” is never defined or enforced. Except for with little things, like job discrimination and not being allowed on the money.

In fact, Canada’s got closet skeletons up the yin yang. Tolerance mythology pops up everywhere, including in the Heritage Minutes I used to see on TV as a kid. One of these showed a black slave arriving through the Underground Railroad into the loving arms of his family and some white Canadians in celebration of the great freedom and justice of tolerant Canada.

Historically, the loophole was that no new slaves could be created in Canada, whether born or imported, but that current slaves had to live out their life sentence as slaves. While Americans were escaping to Canada, Canadian slaves were taking the same route to escape to states in America like Michigan, Indiana, Ohio, Illinois and Wisconsin, states that had already abolished slavery, six years before Canada passed its law.

Multiculturalism itself has some dubious beginnings. It was heralded by Pierre Elliott Trudeau shortly after the 1970 October Crisis, an uprising of violence from the separatist movement in Quebec. Some saw this as a way of deterring French independence and creating a smokescreen of peace for the Canadian public that didn’t really exist. Former Quebec Premier Rene Levesque has said,

“Multiculturalism, really, is folklore. It is a ‘red herring.’ The notion was devised to obscure ‘the Québec business,’ to give an impression that we are all ethnics and do not have to worry about special status for Québec.”

Multiculturalism is probably better than a lot of alternative systems to deal with racial tensions, but many people see it as a token, a cultural myth that doesn’t really mean much. If it did, why would we be so uncomfortable putting an Asian person on a bill?

I don’t mean to say that any other country is necessarily doing this better. It infuriates me, though, to have learned all this history of hypocrisy, racism, and flat-out lying, and to see that it’s still happening, at the Bank of Canada, wrapped in the insidiousness of the word “neutral.”

Our erasures and selective amnesia in Canada today are ours, no matter our color, and we have a responsibility to own that, get honest, stop whiting out our past, and get some color on our bills already. 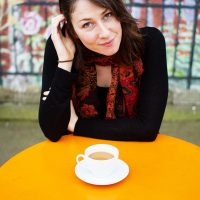