The Revolution of the Mommies: a Writer Interview with Joana Smith. 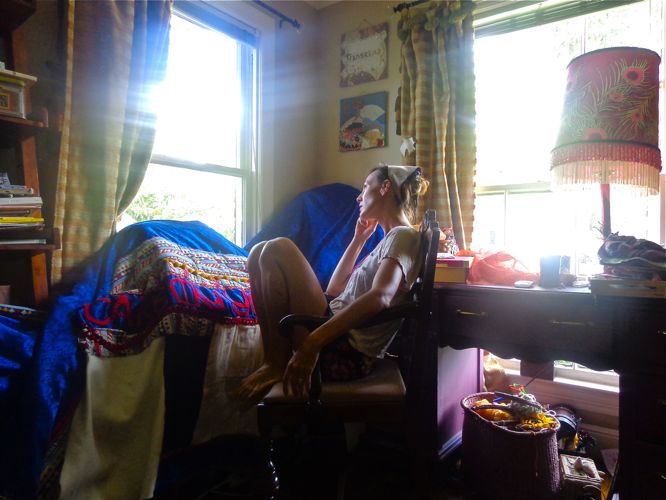 Mary King spent some time picking Joana’s brain about her creative process. Here’s how it went:

1.  Tell me a little bit about yourself—the basics.
Not that I enjoy airing my dirty laundry, but that seems to be the nature of my blog. It’s been a place where I can use art to give a voice to some inner feelings/turmoil.  The things we hide away make us sad, so it’s better to talk about it somewhere. When I first started the blog I talked about revolution. Everything was, revolution this, revolution that:  The Revolution of the Mommies. First, it was a collage/book I had made out of one of my grandmother’s photo albums that I my dad rescued out of the trash. It was the kind with the sticky pages and a lot of photos of our family from 1940s-50s were stuck inside, so I made a collage and, well…a “Revolution” about seeing our stuff with new eyes (instead of just trashing), the whole thing was a metaphor. It’s how I met Waylon, and so my blog on elephant spawned from that.

2.  Photo essays are so unique!  How do you get started?
First, I ask myself, “What is the title?” And immediately, something will pop into my head. I don’t usually doubt my first inclination, I think that’s what can cause creative blocks. See, so I just asked myself a title for a hypothetical blog, and the answer came back, “You Can Take The Handcuffs Off Now.” So, that’s what I would do. I think there’s a lot of emotional juice there.
Then I close my eyes with the title in mind and scroll down to the first image (in my mind) and there’s something; 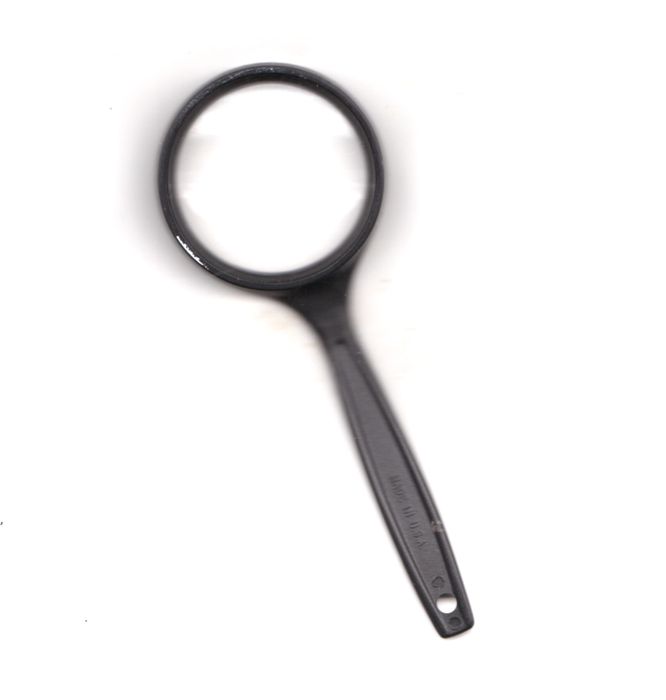 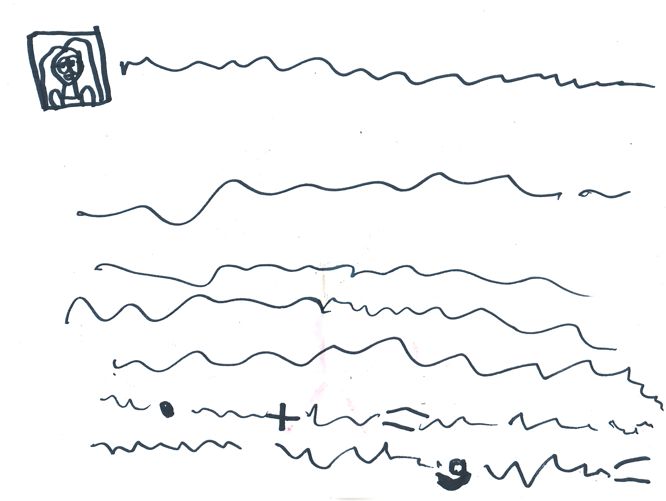 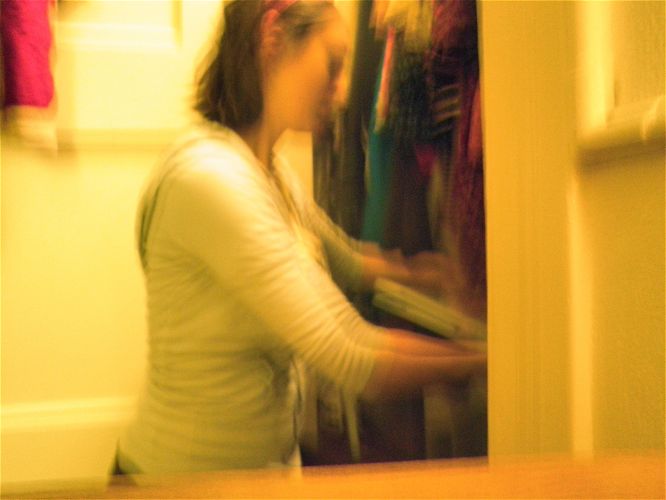 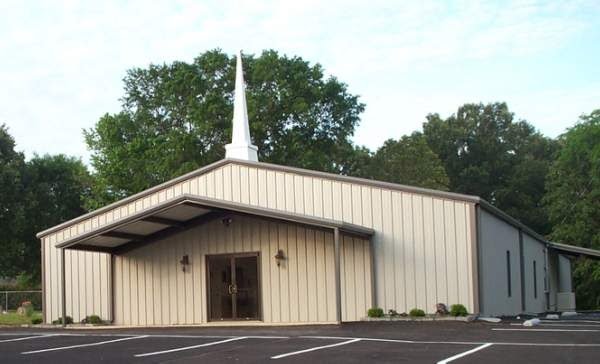 I think if there is anything that we can look at to learn from in life, it’s our problems! So in my blog I let it all be there, yucky stuff, embarrassing stuff that I need to declare.

I make it in the middle of the night when nobody in my house is up but me, listening to my favorite music, Yo La Tengo. Their song “Daphnia” just is “blog” to me—and yet, it’s not so secret because somebody somewhere can see it when they are alone.

All of our closets are completely full of our “stuff.” Emotional baggage from past, present, future. Some of the stuff in there is affecting us today. Sometimes we don’t even remember it. This blog gives me a way to get in touch with some of my stuff that’s stuck in there. I think that’s where the real healing work needs to be done, in our closets. 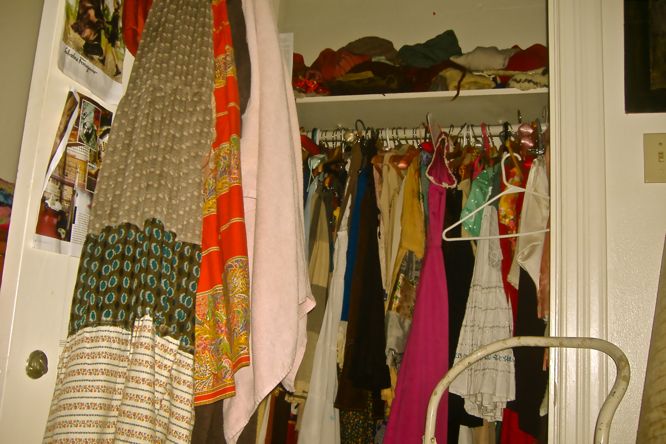 I have to take baby steps when I’m building.

Sometimes I don’t even know what’s coming next until I scroll down in my mind’s eye. In the past, it’s even gotten me into trouble! But early on I wrote down the rule for myself: “Always go to the next thing you know and stay on the trail!”

If I skip an object everything becomes messed up. Visions of the subconscious are foggy—that is their nature. It takes focus to claim that that’s indeed what you see, in order to go and manifest it. 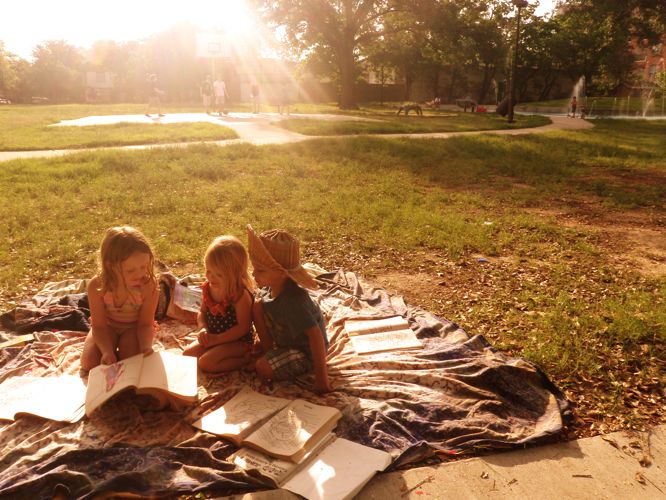 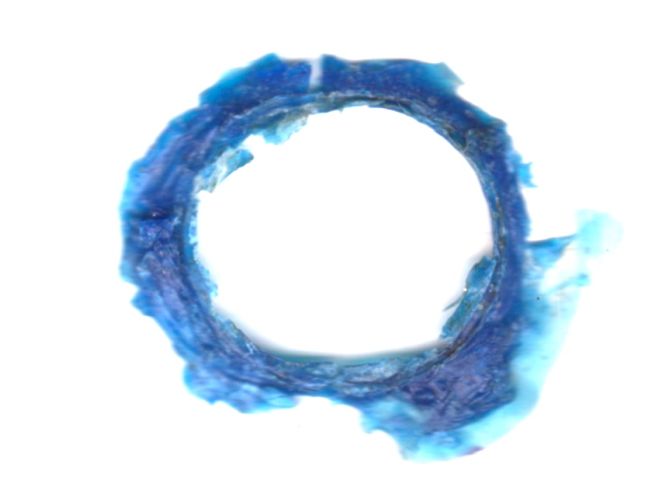 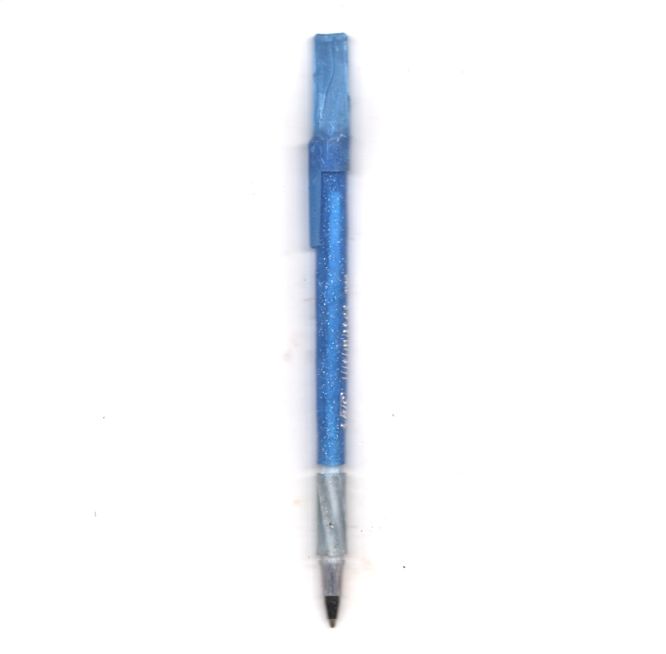 3.  What is your inspiration for your articles? Do you tend to start with a theme and find pictures or do you come across pictures that trigger the essay? Or is it some wonderful combination of everything above (and more!)?

Usually it’s whatever I find in the street that week. I ride my bike and pick up stuff I see. It’s not like I’m looking for every piece of yucky garbage, but sometimes I’ll just see something amazing or beautiful and it reminds me of that first initial post of the Revolution of the Mommies . After I did that, I started to feel that things thrown away once and “saved”  actually had more power.

For instance, this week I found this stuff: a bag with black boxes, a piece of old carpet, a zoo book about polar bears, some leaves and a CD, and took these photos. Everything I do/find recently is moving toward the current blog. so here’s the stuff!>>>>>> 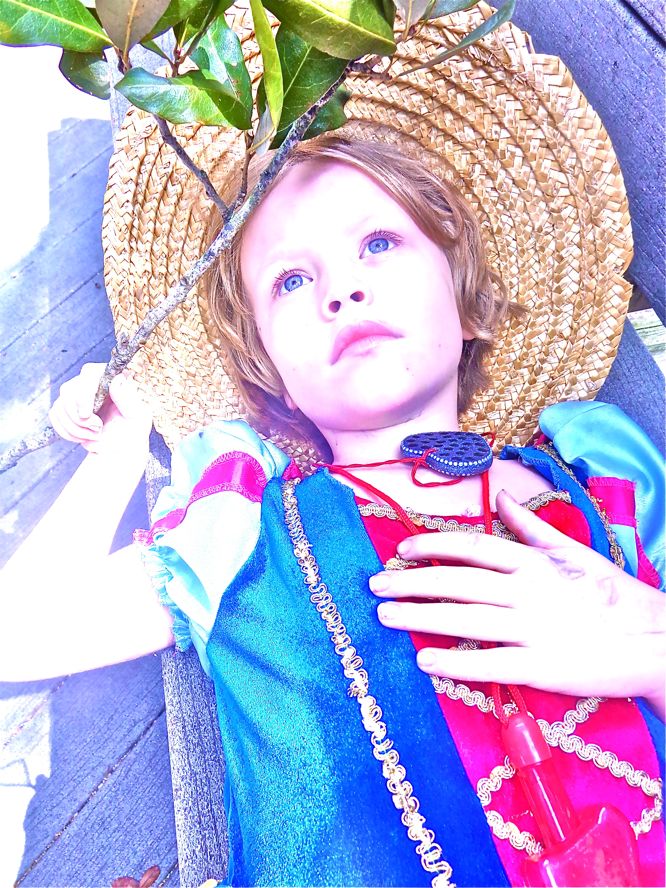 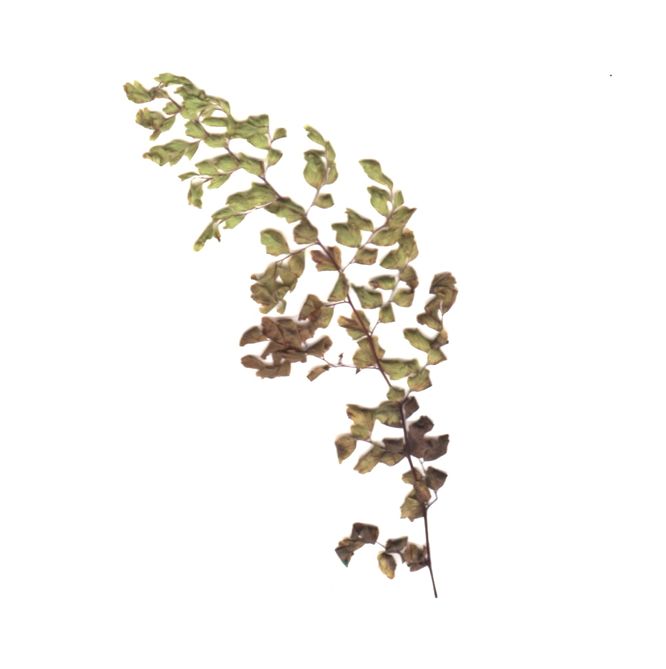 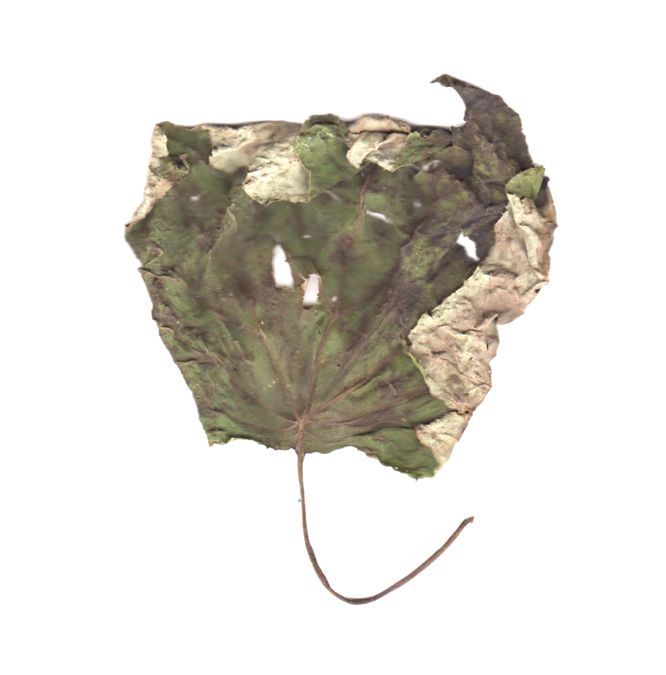 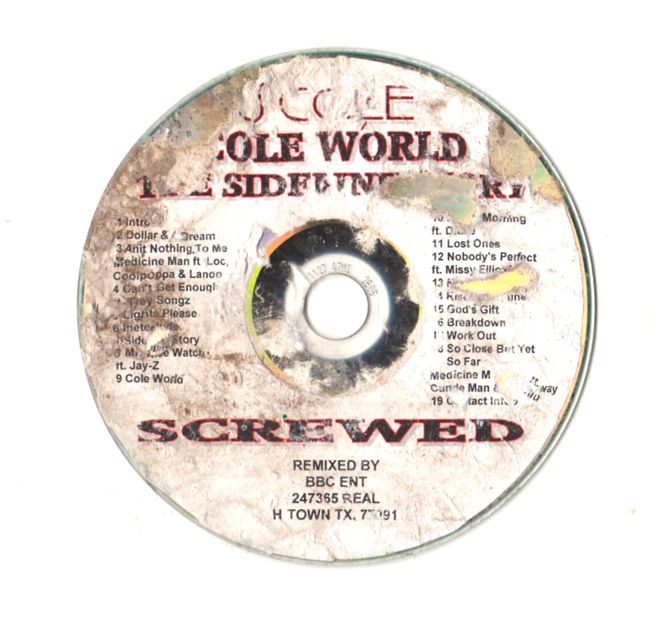 Tell me more about your process…

It can be confusing sometimes, writing straight down—maybe you noticed that the order in which things appear give the objects a particular feeling or message. For instance, I have the text, “The future of Polar Bears depends on people” and then underneath it a photo of my daughter in a Snow White costume holding a branch, and underneath that “save the polar bears” some dead leaves and a CD that says “screwed” on it. So—it’s like I’m saying the future depends on children who are like Snow White (who made a well-meaning wish on a poison apple that killed her—global warming?), dead leaves symbolize something about nature that’s dying and then the CD.

That’s just a simple example. Some people have been kind enough to call it visual poetry because it employs things like metaphor, simile. I can really show a lot by using no words, and I think it can be even more universal by using objects that we all come across. It can be very descriptive, and I can string together quite complex thoughts sometimes. That’s also why I think “photo blog” is not really an accurate description, because I’ve seen photo blogs, and they can’t be as specific as I can be with just objects.

I think a lot about the ancient Egyptian text, because that was a script of objects. I have a framed papyrus with some Egyptian Hieroglyphic text over my desk and I always think that I should be able to read it, but their objects held different meanings  to their society than ours do.

I do have to be patient in looking for the pieces, too—sometimes it helps to sleep on it. But when I’m working on a project, everything is moving in that direction, and my dreams work on it for me. I just start with that one idea and the rest then follows, follows, follows, like a train. And when I get to the bottom, I know that it’s done. 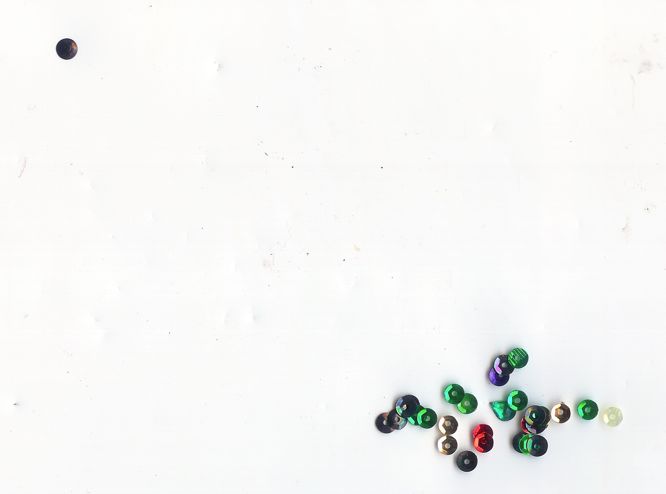 I just finished a series on “Mending” in which I used metaphors of chaos as a tangled ball of thread throughout. Everyone’s got a tale. Here’s mine…
Here’s an index>>
I really know how precious this is...
A body that produces ought to know
What is the recipe for healing?
When things get broken…

A Family That Lives Together…
How Do We Pray? (When Flowers Do…)
During that time I also did three church reviews with my friend, Sarah:
In Search of a New Church Home: Christchurch Cathedral
In Search of a New Church Home: Unitarian Universalism
In Search of a New Church Home: Ecclesia (Emerging Church Movement)
We were thinking of continuing the series throughout Houston churches this fall, holding them up to our Green standards, but recently someone confronted me about these blogs telling me that I sounded angry.
So I went back and read them, and thought they did sound a bit angry. I think it’s just that I disagree with the way church is done, in general: in a building, sitting in chairs, facing forward, one man speaking his views while everyone else remains silent. So my family has started working on an Urban Farm on Sunday and there is teaching, preaching, fellowship and prayer there. I see to it myself. We all do. 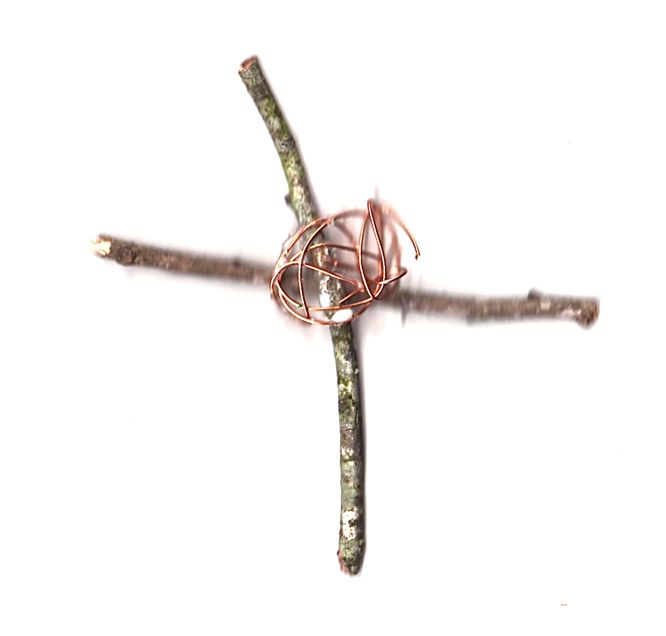 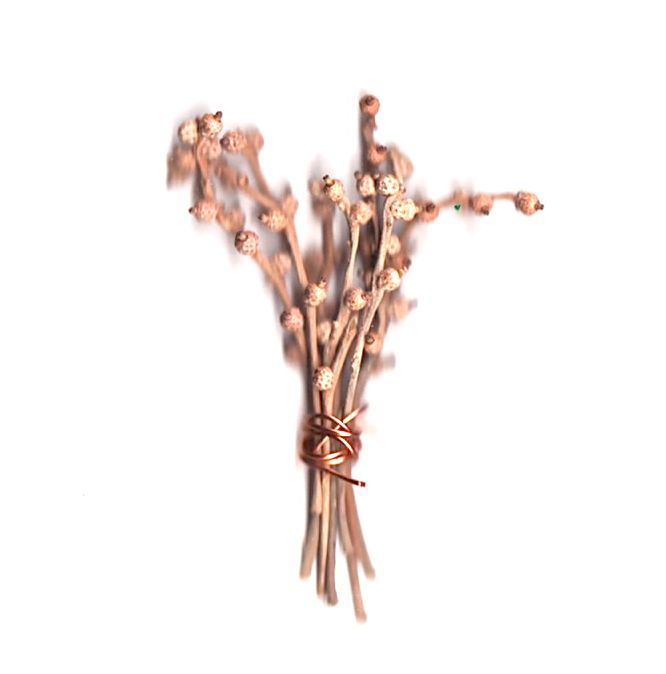 I don’t think I am going to continue blogging for elephant journal after this. I am pretty sure that whatever I was needing to get out over the years through the blogs is finished, and it feels good. I want to put my energy into the farm now, and into real life relationships with people who I can stand in front of and look into their eyes.

Thanks Waylon for believing in me and giving me a space where I can declare my heart. Bob, thanks for the counsel and being elephant’s “Daddy.” Kate and Brianna, thanks for straightening out images and helping to correct my poor grammar and just making me look good, in general, sometimes on short notice and on a Sunday. 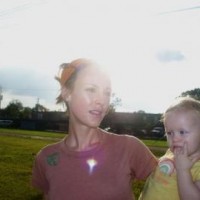