What does “Consent” mean in a Rape Culture? {Trigger Warning}

Lately, it seems I have been spending all my time fighting rape culture, particularly as it has been on display on Facebook walls everywhere.

Many times, I have thought about leaving the struggle behind to enjoy my comfortable life with my wonderful and egalitarian husband. We are newlyweds. I want to enjoy this time, not fight. I am so tired of fighting.

But my dreams will not let me.

One night, I dreamed, oddly, about boys.

I dreamed I had walked into a public bathroom, desperate to pee.  I heard the sounds of what initially sounded like sex.  Curious, I pulled at the door. It was locked.  I went to the next. It was locked.

I went to the third stall, curious, and looked over the separation wall. I saw men raping young African boys. I saw the horror in their faces. I was scared. Would I be raped too?

I decided I could not fight the two rapists. I needed help. I decided to run. As I was leaving, one of the young boys grabbed my ankle and held me there for a moment, a silent plea for help.

I weighed the consequences. Who was worth more? Me or them?

I hastily pulled my ankle away and ran out the door, desperate to get help.

Isn’t this the question women are always asking themselves? Who is worth more? Is it the man in my life? Is it my children? Is it the opinions of others? Is it my endless to-do list? Or is it me?

In my dream, I chose myself. But I was haunted by my choice for the next week.

The dream would not leave my head. It became real. Who would help us? Another man? Would he help us? Can we ever save ourselves as women or are we always looking for the He-ro?

What is the answer for women who want to protect themselves from rape? Can we? Should we spend all our time consumed with it, as I have these last months, only to be saddened by the fact that nothing much has changed when it comes to rape?

The more I ask myself, the more unanswered questions I seem to find. So I am back with a three-part series about rape: the meaning of “consent” in a rape culture, the legality of rape and what it will take to stop rape worldwide.

Which brings me back to my first question: How can we define “consent” in a rape culture?

In 1980, June Jordan wrote “A Poem About my Rights”, which ends with these lines:

I have been raped

cause I have been wrong the wrong sex the wrong age

the wrong sartorial I

I have been the meaning of rape

I have been the problem everyone seeks to

penetration with or without the evidence of slime and/

but let this be unmistakable this poem

to my mother to my father to the teachers to

the F.B.I. to South Africa to Bedford-Stuy

to Park Avenue to American Airlines to the hardon

idlers on the corners to the sneaky creeps in

I am not wrong: Wrong is not my name

but I can tell you that from now on my resistance

my simple and daily and nightly self-determination

may very well cost you your life

As women, we are socialized to believe something is always wrong with us. We are never skinny enough, smart enough, clean enough or good enough. This blame permeates into in every corner of our lives. Even when we are raped, it is usually our fault in one way or another.

So most women, spend an enormous amount of time trying to either prove their worth, or be “better” so that they won’t be punished somehow. We order our lives around the threats that come from being a woman, the worst of which being, at least in my mind, rape.

But what I feel more strongly every day is that my right to be a woman, to claim my sexuality, to own the work I want to do in the world, is critically important. It is something I am willing to fight for, instead of just floating along with the system.

The system did not protect me. It will not protect you either. The system will not protect any woman. We must begin to have the conversations among ourselves to promote understanding of what rape culture has done to us, both individually and collectively so that we can heal.

And for me, this conversation begins with the idea of consent. You would think it would be common knowledge that women do not consent to rape culture. But it is becoming more apparent daily that this is not the case. When we do not use our voices, time and pocketbooks to speak out against it, we accept rape culture by default.

The constant threat of rape taints every woman’s sexuality to some extent. How many women do you know that do not enjoy sex?

According to an article in the Journal of the American Medical Association,

as many as 43 percent of women have some form of difficulty in their sexual function.

50 percent of women have trouble getting aroused

More than half of women under 60 still suffer from low sex drive, and a quarter are unable to orgasm.

84 percent of women report they’ve done it (sex) simply to “keep the peace” at home.

For me, sexuality is so much more than “consent.”  It is joy. It is ecstasy. It is love and fulfillment.

I want men and women to aim higher than “consent.” One definition actually read, “acquiescence to or acceptance of something done or planned by another; permission.”

Perhaps “consent” is the wrong word to aspire to.

Acquiescence to or acceptance sound too passive for the type of sexual relationship I have.  I expect full equality. I believe that my sexuality is just as important as any man’s. I expect that my sexual needs will be honored. I deserve mutual and fulfilling orgasm(s) every time I make love.

I am fortunate that my husband treats me like a goddess every single day. But this is not enough.  I want more than the hope not to be raped.

I want to know that rape is not a possibility for me, or any woman.

Until that day comes, no woman will be able to completely embrace her sexuality. Because something that can be taken from you at any given time is not truly yours. 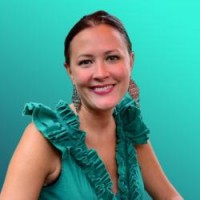