For the vast majority of my life up until this moment, I have not discussed my sexuality with anyone.

Why? Well, I’m a shy person in general, but there is one very specific reason I don’t talk about my sexuality.

Even just writing these words leaves me pausing for a moment, doubting myself.

I know asexuality is a real thing; I’ve read a lot about it online (here and here—and there’s an online community here). It makes sense that there would be a “neither” answer to the question of whether one is attracted to one’s own gender or the opposite gender (leaving aside for the moment the question of what happens when someone identifies outside the two traditionally accepted genders).

It makes sense, yet it feels like a complicated matter to identify myself publicly as asexual. Do I really want to claim my sexuality, with all its irregularities?

I had never heard the term “asexual” used to describe a sexual orientation until two years ago. I’m 30 years old and I have lived the majority of my life not even knowing there was a name for my experience. Furthermore, I discovered the term online. I educated myself, slowly learning the differences between sexual experience, sexual attraction and sexual drive (more on those later); I didn’t talk about it to anyone.

It has taken me two years to accept that “asexual” is a pretty good descriptor for my sexuality. Before I could get to that point, I had to untangle many threads of confused concepts and unexamined ideas about sexuality which I encountered all around me.

Which ideas applied to me for real and which ideas had I simply taken on because I didn’t know any better? With a thick blanket of shame covering everything, it has only been that much harder to parse.

I have never experienced sexual attraction to anyone, of any gender. I didn’t even notice until I was well out of college.

How can it be that I didn’t notice? Shouldn’t it have been screamingly obvious since at least puberty?

I think part of the reason is society’s conflation of the three concepts of sexual drive, sexual experience and sexual attraction.

First, we think, there’s sexual attraction. We are attracted to someone. If we happen to identify with the gender we appear to be, and we find ourselves attracted to those of the opposite gender, all well and good. We still encounter cultural stereotypes and norms with which we may or may not be in conflict, but at least our path is fairly well laid out.

You could also say that sexual drive is always there—either actively seeking an outlet or mostly dormant, depending on the state of our hormones—just waiting for attraction to partner with it and give it a channel.

Then, the story goes, sooner or later, there is sexual experience. The twin energies of drive and attraction naturally want to actualize themselves. There may be frustration, but given enough time, almost everyone can find someone attractive to them and willing. If they don’t, we tend to assume that they can’t, that there’s something wrong with them.

I don’t fit into that story.

If I had defined a romantic relationship then, I would have said it was an intense partnership that, because sex was sanctioned within its boundaries, made people act as if it was more special than any other type of partnership.

I just thought romance was a way to justify sex.

Maybe that should have been a clue to my orientation. Although I’ve learned since that romance and sex are not always tightly coupled (there are romantic asexuals), I have always had a hard time understanding what the point is of an exclusive partnership that is qualitatively different from a friendship.

It would have made more sense if I had realized that I am not ever sexually attracted to anyone; I am attracted to people all the time, but I do not experience sexual attraction.

I do not feel a different type of attraction to anyone than the attraction I feel to, say, my best friend. This is why I felt so confused when she got married—I wanted to marry her, too! I thought I had just as much right to be attracted to her as her husband did, but that didn’t mean I wanted to have sex with her! And that was why she married him and not me.

So I am off the path, out of the story, before it ever really gets started—at least according to society.

The desire for a romantic relationship never came to me, but the desire to fit in socially became more painful the older I got. A year or so after I graduated from college, I realized that I was in a shrinking minority of women my age who had not had a romantic or sexual relationship. I began to wonder what was wrong with me and to feel truly alienated during conversations that centered around sex. I felt I had to hide my lack of experience, gloss over my different views on attraction.

Usually, when I tried to process my confusions and feelings of being different from others, the questions and suggestions started coming.

“Is it because you were violated?” (Fear of being sexual and lack of sexual attraction are not always easy to tell apart, but the process of discernment is made that much harder when people assume trauma is the basis of everything.)

The truth is, I wanted (and still want) to experience sex; I have a strong sexual drive. I want to explore the possibility of having biological children. I want to feel free to say those things and also say that I do not experience sexual attraction…and there isn’t anything wrong with that.

I think a lot of the shame I’ve felt around my sexuality has more to do with my lack of sexual experience than with my lack of attraction. Most people do in fact have sex, and most do it for the first time before they reach 30. There are certain ideas that tend to be stuck onto those for whom this is not the case.

They’re repressed. They’ve experienced trauma. They have horrible social skills. They’re hyper-religious. They’re too picky. They’re in denial. They have no libido. They’re letting their fears get in the way of living a full life.

I have to remove these ideas from me even as they cling on like burrs, because I can only see them clearly to examine them if I don’t unquestioningly let them stick to me. I can see that there is no necessary connection between any of these ideas and a lack of sexual attraction.

Or, in fact, a lack of sexual experience.

Sexuality, so personal and so intimate, sometimes so hard to talk about, is not always, as some might assume, automatically expressed. If it does not follow paths that are well understood, there might not be enough support for a person who wants to explore its meanderings. It might go underground or into disguise; that is no proof that there is something wrong with it.

If I had known at 12 or 14 that asexuality exists and is a valid sexual orientation, I might have started my exploration then.

I’ve often felt like I am less of a woman because I haven’t engaged with others sexually and that is not okay with me.

Truthfully, I think I just haven’t felt supported in thinking that there could be options other than casual sex with no emotional connection on the one hand, and sexual attraction leading to a relationship within which sex occurs, on the other.

Neither of these options feels right to me. I claim that truth now, even knowing it may someday change.

I like to think there may be someone reading this who can relate, who may have different particulars in his or her story but who may have similarly felt a lack of support for exploration of a sexuality that didn’t fit any of the norms. This is why I write this. This is why I break my silence, even though it’s uncomfortable.

To that person: You aren’t alone and there’s nothing wrong with you. You get to tease out the truths from the untruths, and you get to let go of the ideas about your sexuality that don’t feel right, and explore further the ones that make you curious.

May you enjoy the journey. 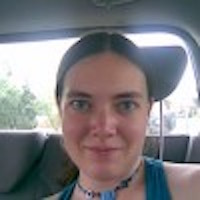