Everyone has a different reason to run. Some people run for fitness, others to compete. For some, running is just a way of life, an extension of who they are. For others, running not only becomes a metaphorical extension, but a necessity—a key component to their survival.

It doesn’t matter how long you’ve been running—once you’ve begun, once it envelopes you, once you experience the physical and mental changes—you’re in it. And no matter how many miles a week you run, whether it’s three, five, 10, 20 or 30 miles and beyond, you’ve become a part of something bigger than yourself. You’ve finally come to understand what drives people to run in rain, wind, snow, blistering heat and punishing cold.

Pushing through personal boundaries always brings clarity, and more often than not, clarity comes alongside pain, frustration and struggle. Getting up in the dark to pound out mileage before the day begins is more than a choice—it’s a survival tactic. It’s a way to face the unknown head-on, with the strength, clarity and confidence that pounding the trails, the pavement or the treadmill brings.

Some people lift weights, others cycle. But to run is to rely on nothing else but ourselves. To run is to put complete confidence and stock into this bag of bones we were all given and transform it into a well-oiled machine, pushing it to the most extreme limits of what we can physically and mentally handle. We run to test ourselves and our endurance, to see exactly what we’re capable of. We run to hear the answers to our questions. We run to connect with our divinity.

And sometimes we run to overcome limitations. At the age of 14, after 10 years of dance classes and softball practices, I was told I should never run. The doctor called it “dry tendons,” whatever the hell that meant. I was recovering from a knee sprain and receiving one of the most detrimental diagnoses of my young life, that moment was all it took to put a block on my physical potential.

At 31, I found myself in spinning class, the first serious stance I had taken on my fitness since joining the gym three years earlier. My knees had always been my handicap, my crutch, my reason for not being able to do things. In my mid 20s, my friends were calling me an old lady because of how much pain I was in all the time. Pain from inactivity, inactivity from that voice in the back of my head, cunningly whispering, “You can’t do that, you’re too weak. Your knees will give out, you have no strength, you’re not capable.”

But at 31 years old, I found myself spinning twice a week at 5:45 am, all through the summer and winter, and a strange thing happened. My thighs began to transform from two blubbery masses into something sturdier, something with actual form. I pushed myself harder and harder with each class, and with each passing day, a new sense of stability washed over me. I was becoming stronger. My knees were becoming stronger. I was becoming able and capable.

That whisper haunted me during those classes, and the harder I pushed, the louder it got. But I kept pushing.

A few months before I started spinning, in April of 2011, I joined a friend for a run at some trails down the street from my house. A few of my friends had started running recently, and I was pissed that something as silly as a sore knee and an ancient diagnosis was holding me back. So, I said, “Screw it!” and joined one of them for a run. I did better than I thought I would, making it about half a mile before I needed to walk. The two mile jog (well, walking and jogging for me) was monumental—my knees weren’t sore. My shins were burning, but my knees weren’t sore. There was hope.

I started running inconsistently, whenever I could meet up with my friend. I started spinning in June of that year, and about a month and a half later, joined another friend for her runs. This particular friend was training for her first half marathon and ran with me on her off days. We schedule morning runs, beautiful runs at the same trails at 5:30 in the morning. I still remember the morning I did my first 5K—for some reason, I was running and breathing easily that day. I just kept going and at one point when I asked her how far we’d run, she looked at me and said, “Do you really want to know?” I immediately said no and kept going. After about 10 more minutes she stopped, turned around all smiles and announced, “Congratulations! You just ran your first 5K!”

That was it—I was hooked. Weight started falling off me immediately, I continued spinning to further strengthen my knees, and we signed up for the Covered Bridge Half Marathon in Quechee, Vermont the following summer. From August of 2011, when I started running consistently, to June of 2012, I had become an official runner, lost 25 pounds and did what the doctors told me I would never be able to do. I conquered 13.1 miles at 2:22 (with one bathroom stop) and changed my outlook on myself and my life forever.

Everybody runs for different reasons. I run to do the impossible. I run to live and thrive to remind myself, every single day, that I can do anything I set my mind to. 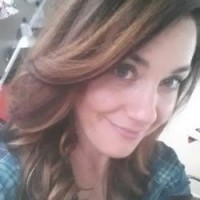