What Do We Not Understand About Money?

From the so-called “sequester” to the ongoing Eurozone crisis, it seems that no one in charge of making big decisions about money really knows what they’re doing.

Nations around the world lurch from one economic crisis to another while economists bicker over competing theories about who’s to blame: the rich, the poor, the bankers, the brokers… or maybe everyone, including bakers and candlestick makers.

We get so obsessed with “making money,” and so worried about how our governments, banks, and investment firms are handling our funds, that it’s easy to forget that money is a completely human invention that depends on our belief and faith in it to have any power at all.

I sat down with philosopher Jacob Needleman, author of the classic work Money and the Meaning of Life, to discuss why we may have more to gain from deeply examining all the meanings of money than from trying to devise yet another strategy for managing it.

What do we not understand about money?

Needleman: In our culture, one of the great potentials of money is that it can help you see yourself as you really are—that is, it can provoke a confrontation with hypocrisy that leads you to see what you’re really doing and what you actually believe. For most people, that’s going to be a profound shock.

Let’s say your best friend asks you to spot him a hundred bucks. For some, that’s easy; for others, it can mean an uneasy moment of assessing what they really feel about a friend. Or let’s say that you have a great plan for a business that your friends are all enthusiastic about… until you ask for some investment money. In such moments, things become very real and concrete. You find out what you really believe in, as opposed to mere ideals that you like to say you believe in.

That’s a good thing about money, in a spiritual sense. Money can serve many kinds of functions. It can also be an instrument of love, a genuine gift.

There’s some historical evidence that money was an invention meant to help people share things and experience communion—like sharing bread. As communities became bigger and more complicated and simple barter became impractical, money became a representation of something meant to be shared. The first real coins that were made were imprinted with gods or other divine symbols on one side and some kind of material symbol on the other side, like a castle or other important building.

So money was originally meant to be a symbol of both spirit and materiality, to help us manage our lives and our interrelationships. It was not meant to divide us into classes or warring factions; it was meant to be unitive. Gradually, of course, as things both decayed and developed, money became what it is now, a much more complicated central fact of our lives.

I don’t think we can understand the problems of money until we understand human nature. Money is what it is because of what we are; how could anyone dispute that?

But I think most people respond to money as if it’s a fact or force of nature that’s beyond our control. It seems to be imposed upon us, as part of a divine or natural order, and yet it’s a total fiction we’ve created on our own.

Needleman: Yes, but what isn’t? Imagine that you’re a party talking to a stranger who’s pretty dull, and you do everything you can to get away from him. Then someone else whispers to you that the stranger is quite wealthy. Does he suddenly become more interesting? Are you tempted to think that if you get close to him, become his friend, somehow some of his money will “rub off on you” or become yours? How much of money is a fantasy in this way, an imaginary or magical force?

Well, I’ve always thought that a lottery represents a dispensation of grace—it’s as if God comes down from heaven and just gives us this magic stuff that eases all our problems. Or at least we think it will. To me, that’s the compulsion of gambling, or that desire to sidle over and be friends with the wealthy person—it’s a substitute for the grace of God.

Needleman: Paper money itself is a fantasy, or representation of magic in that way. It’s not “real” in the way that a cow that you could get milk from, or barter with, is real. And it’s not even the same as gold, which to many people seems more real despite its intrinsic uselessness.

People are constantly searching for some way to establish value, and they choose something and just assign great value to it—hence the “gold standard” that some people believe we should return to, in lieu of all this paper money with no real “value” behind it.

It’s as if the gold standard becomes the last article of faith when the religion of money is otherwise failing us. We arbitrarily decide that gold is incorruptible; it simply cannot lose its value, as if by fiat.

Needleman: When enough people believe such a fiction, it’s no longer a fiction. A pragmatic definition of reality is “any fiction that everyone believes in.” And obviously, many people live out their whole lives believing in many such “realities.”

Even Henry Ford, the iconic American capitalist, once said that if people were told what was really backing up their money, there would be riots in the streets the next day.

In fact we’ve seen that happen across many cultures, including ours, when money suddenly seems to lose its value—which is to say that we no longer trust in it, in the way that we usually do. There’s a very real sense in which we can look at our whole creation of money, as a system, as a kind of Ponzi scheme. It only works while you have faith in it; besides that faith, there’s nothing “real” about it.

And on a day to day basis, the condition of the economy seems to have less to do with real circumstances than with whatever we believe is going on. Wall Street goes up and down depending on the relative insecurity of brokers and investors at any given time, rather than real data-driven changes in the market.

Needleman: It all rides on promises and beliefs, depending on how much we feel we can trust the fantasy of money from moment to moment. Money certainly seems very real when you put it down on the table to buy something, but if you take a closer look at what that money actually represents and how its value is determined… no, it’s just not real. But if money is fake, then what is there about our lives that is real?

This is a crucial spiritual question. The economist Max Weber showed that capitalism is fueled by religious fervor, the Calvinistic belief that amassing wealth proves you are one of God’s elect. And I think just about everyone does revere wealth, even those who say they don’t care about it. Stick a couple hundred-dollar bills in their face and see if they keep saying that!

From time to time there arise movements to live communally in a spirit of equality and shared resources, shunning individual wealth, and 90 percent of those movements fail within one generation. Why? Because they don’t honestly take into account human nature, which includes desire, greed, egoism, and a drive for individual power.

We certainly don’t live in a culture in which you’re shunned if you start making more money than you need for yourself or your family! That attitude simply wouldn’t even occur to us; “making more” is always a good thing. Yet the spiritual message of many traditions is that as a “child of God” we really need nothing but grace, or salvation or enlightenment. It just seems impossible to actually live by that attitude on a daily basis.

Needleman: Yes, because you do need food, shelter, and safety for you and your family. You need to deal with threats on all sides, from other people and from nature itself. You need to invent, adapt, and develop as a human being, otherwise you simply can’t function. To an extent not really seen before in our history, all these necessities of being now require money as a means of practical exchange.

Now we do have the capacity for what Lewis Hyde called “the gift”—the capacity to give with no expectation for return or reward, and no hidden egoism.

While altruism often turns out to be good for the giver, there does exist genuine altruism without a self-serving motive. The moment that we do start calculating the possible returns on a gift, then it loses the entire quality of a gift, and just becomes a form of exchange again—and quite likely a dishonest exchange, because now we are pretending to give while awaiting a return on our investment.

When you really give, you are free of the mentality that normally drives us, and that drives most of culture for that matter. You come into contact with a deeper aspect of your being than you would know otherwise, a part that’s not subject to hypocrisy, social convention, or religious propriety. It’s the part of us that’s “real” in a way that money is not, and I think that there’s a fundamental human drive just to be real… maybe even more fundamental than the drive to survive, succeed or get rich.

Jacob Needleman in his library. Photo by D. Patrick Miller 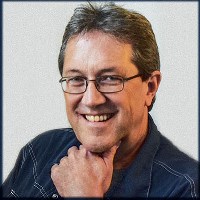