Toronto Mayor Rob Ford has been in office for 900 days; in that time, he has wreaked havoc on this beautiful city that I call home.

It’s no secret that he isn’t, ahem, widely cherished and loved, in the City of Toronto, especially amongst anyone that has a heart beat.

He’s done a lot of questionable things since is induction as mayor in 2010 and despite concerted efforts to push him out office, so far everything has failed.

“Rob Ford, Toronto’s conservative mayor, is a wild lunatic given to making bizarre racist pronouncements and randomly slapping refrigerator magnets on cars. One reason for this is that he smokes crack cocaine. I know this because I watched him do it, on a videotape. He was fucking hiiiiigh. It’s for sale if you’ve got six figures.

It began like this: We’ve made fun of Ford before for his bizarre pronouncements and nude pictures. Last week, we got a tip from someone claiming to have a videotape of Ford smoking crack. Would we like to buy it?

The tipster made the following claims:

• There is a video of Rob Ford smoking crack cocaine, taken within the last six months.

• Rob Ford purchases his crack cocaine from a crew of Toronto drug dealers that service a veritable who’s who of A-list…Torontonians? Torontites? Anyway, a lot of prominent people in Toronto purchase and enjoy crack and powder cocaine, and they all buy it from the same folks. The same folks Ford buys it from. Ford’s longtime friend, people on his staff, his brother, a prominent hockey analyst, and more.

As evidence of his claims, our tipster provided the photo above. It shows Ford hanging out with a number of people. The gentleman standing to his right, flipping the camera the bird, is Anthony Smith. Smith, a 21-year-old college student, was killed two months ago outside a Toronto nightclub in a gangland-style shooting. A photo, from a CBC story on his murder, is at left. Smith was, according to our tipster, a kid from the same neighborhood as the dealers who service Ford, and the photo was taken while Ford was going to the neighborhood to purchase and smoke crack cocaine.

If you’re curious about the photo’s veracity, at left is another photo, from the National Post, of Ford wearing the same sweatshirt.

Needless to say, the story intrigued me. I asked the tipster for a screengrab of the video to verify that he had what he claimed to have. He refused. If I wanted to see the video, I was going to have to go to Toronto. He sounded confident enough. Certain things that he told me checked out. So off I went.

We sit idling in his car, making small talk. The tipster calls the owner and talks in language other than English. “He’ll be right down,” he says. Fifteen minutes pass. “Waiting for the elevator,” he says. Ten minutes pass. A young gentleman opens the rear door of the car and gets in. The two men speak in a language other than English. The young gentleman immediately exits the vehicle. No video.

The tipster looks at me: “The battery is dead.” The young gentleman—the owner of the video—needed to go back upstairs to charge the battery on the device that contained the video. We wait. More small talk.

The owner of the video returns. He thrusts a device, a phone with a touchscreen, in my face. “Can I hold it?” I ask.

I crane my neck. It plays.

Here is what the video shows: Rob Ford, the mayor of Toronto, is the only person visible in the frame. Prior to the trip, I spent a lot of time looking at photographs of Rob Ford. The man in the video is Rob Ford. It is well-lit, clear. Ford is seated, in a room in a house. In one hand is a a clear, glass pipe. The kind with a big globe and two glass cylinders sticking out of it. In the other hand is a lighter. A slurred voice off-camera is ranting about Canadian politics in what sounds like an attempt to goad Ford. “Pierre Trudeau was a faggot!” is the one phrase the lodges in my mind. Ford, pipe in one hand and lighter in the other, is laughing, and mildly protesting at the sacrilege. He seems to keep trying to light the pipe, but keeps stopping to laugh. He is red-faced and sweaty, heaving with each breath. Finally, he finds his moment and lights up. He inhales.”

So, Rob Ford is an  alleged crackhead. And, because we live in this time and age, naturally Gawker has started an indiegogo campaign to try and raise $20,000 to purchase the video.

Like any Torontonian, I will admit that part of me is not surprised; Rob Ford (and everything I’ve read and experienced of him through the media), colors him as a rotten person.

He’s not a nice man and he gets angry and he’s fat and his face is always red and he’s an idiot and he’s racist and homophobic and he hates cyclists and the arts.

Setting aside the jokes, the judgements and cheap shots, the bottom line is this: Rob Ford is still a human being.

And he needs help—that much is clear. Maybe, just maybe, if we turn some of that hate into love, he can receive the help he so desperately deserves.

For more on Rob Ford (and this story) check out the following:

Today, we are all Rob Ford

Beyond the Rob Ford embarrassment is a broken Toronto 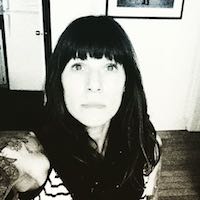 Bryonie’s life is rooted in the belief that when we come from a place of love, anything is possible. When not teaching yoga or writing her heart to the bone, she can be fou… Read full bio