As a teenager, I was imaged obsessed.

Entranced and mesmerized by the top models—Kate Moss, Natasha Poly and Gisele.

Size zero was the ultimate goal.

I am a product of a generation quite different and contrasting to that of my mother’s; hers was the curvy, Hollywood bombshell ladies that I watched on-screen growing up. Mine was the lollipop look imbued controversially by Rachel Zoe, Nicole Richie and Lindsay Lohan.

To be de toute beauté: this was the thing.

Accordingly, a number of girls I knew stifled their bodies, unconsciously eroding and often destroying, the most important of all relationships: with themselves. They were enamored with only one model of fulfillment: the ‘parfait’ body.

I watched as those around me began to compete with themselves, with improbable earnestness, going further and further to feel some sort of validation in our skinny-obsessed culture.

As women, we are rejecting our innate sensitivity and femininity in place for having utter control over every aspect of our lives.

That is, essentially control of our bodies and emotions. Instead of triumphalism and acceptance of our womanly traits—intuitive, gregarious and volubule—we are cultivating dispassionate approval and prioritizing of the material things.

Not one to be left behind, I joined in the race and my focus and unrelenting determination led me down a path of self-destruction—which, some feared, I would never recover from.

Seeking control, I too began a disordered relationship with my food. It took only but a few comments from the boyfriend at the time to catapult me to a whole new level of scary.

Early on in our relationship, I remember him commenting on my body—noticing how my backside had become markedly bigger and cheekbones were no longer as pronounced. Instead, cushioned by fat deposits—according to him, anyway.

I blushed, never really surveying the exact size or proportions of my anatomy.

That night I hardly slept; the panic that ensued helped conjure a controlled based demon that began to take precedence over my every thought and resultant action.

A lot changed from that moment on. I remember whenever we went out for dinner, instead of opting for my favorite chicken Caesar salad dressed in heavy mayonnaise, oil encased croutons and bacon, I chose a garden salad, with a light vinaigrette dressing on the side, always seeking his approval.

I started to feel uncomfortable even eating in front of him; instead, I sat there detached and desolate. The problem with this was that I spent a lot of time with him, and so resultantly, my body started to shift from its supple, curviness which had used to be one of my main features. My focus and determination for perfection was personified .

As the weight started to shift, his praise for my incredible stomach and tiny thighs encouraged me to be even more constrained. I felt compelled, in his company, to think, act and feel in a certain way. If not, I feared I would lose him.

And I wanted to keep losing; size six wasn’t small enough. Fait accompli. One day, at a promotional modeling gig, the size six dress had become a pool in which I was swimming. Enthralled, I looked around the room for someone to high five. Waif-like, I had become.

It was the first time I really felt confident and satisfied, and was gleaming with accomplishment. Growing up, I’d never been a ‘fat kid’—but I did have breasts and a butt that captured the attention of many.

I never really identified with anorexics or bulimics, at the time. In retrospect, I could call myself a ‘passive anorexic’—what does this mean? I simply (and intentionally) forgot to eat—this is the easiest way I can explain it. Everything in my life began to be masculinised, in a way that was devoid of emotion. I loved the feeling of transparency, especially of lightness.

Dissociation with my self felt oddly intoxicating.

At this time, I was working in the most exclusive bars and clubs, and was constantly surrounded by beautiful people. The who’s who of the city. I remember being glorified by having ‘The Body’—and was constantly asked what my secret was.

This baffled me. Quite significantly, actually. My secret? To what exactly—control or happiness? But I am not happy, I thought. It’s a strange thing, because I never once looked down on woman who maybe the opposite of how people defined me as ‘The Body’. Women who had body fat, no protruding collarbones, full bellies, dimpled legs—I never judged.

The judgement was only for, of and by myself—and so the equation to get that was simple.

Starving, exercising, partying, hardly sleeping. An incredible array of thoughts and actions that I felt I had to maintain in order to be worth something; I lost any ability  to see myself for what it really was. Validation came from others’ opinions—when I looked in the mirror, I saw nothing.

Praise and affirmation from the person I thought was the love of my life was the only thing that kept me elevated. University at the time was boring the shit out of me; my friends were obsessed too with their own images, spending hours on end getting ready for a night out of escapism and seeking lustrous adventures.

I scorned suggestions that I was getting ‘too thin.’ The disconnection with my physical self impeded me able to empathize with what my friends were trying to tell me—much time would pass until I finally had an awakening. 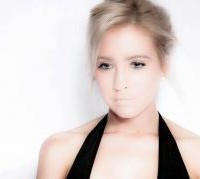