I am a strong introvert.

I only recently discovered there was terminology that described me so accurately, which also helps to explain my current attitude about practicing yoga within a community.

Like many introverts, I have tried over the years to conform to a Western society, catering mostly to extroverts. As they say in Britain, “It did my head in.”

I don’t feel comfortable in crowds, don’t like loud, noisy places, only talk on the phone when absolutely necessary and don’t see the point in small talk. I avoid parties or limit my time at them severely and value my time alone.

I do have friends and relationships I cherish. My work is meaningful to me, and I spend time volunteering regularly.  I adore animals, nature and travel and enjoy people of all kinds in varied situations.

But I know when I have hit my limit. I know when it is time to retreat to a place I feel safe to recharge my batteries.

Yoga used to be one of those places. I like, or rather liked, practicing in classes.

My first yoga class of memory was in New York City at the Himalayan Institute around 1986. The beginner’s yoga series was taught in a small dark carpeted room below the bookshop. What I remember is a sense of serenity.

I felt so much better after the class.

The teacher was kind and soft spoken. She gave instruction on the poses but no spiritual discourse was given and, from what I remember, not many hands-on corrections. You were left to be at peace in your space, which naturally allowed your mind to wander to contemplate the other limbs of yoga.

I moved to Los Angeles in 1989 and immediately set upon finding a yoga class to take here. I thought this would be easy as LA had the reputation of being the “healthy” place.  I mean I had just come from the mean streets of New York City, so finding a class in Los Angeles like I had there would be a piece of cake.

I took a few classes and floated around, but the most I found is what I call Yoga Simon Says.

The classes felt more like a Jane Fonda workout with a bit of eastern philosophy dropped in for effect.

After awhile I gave up.

Fast forward to 2000 when a new friend reintroduced me to yoga—I was reluctant but slowly began dipping my toe back in the big yoga pool and enjoying yoga classes again.Before 2000, I missed practicing with people but wanted to be left alone while doing it. My little incognito space was comfortable.

Over the years, I have seen my little incognito space shrink. This began to crystallize in 2009 when I participated in a yoga teacher training that was lead by a well-known teacher and his cult of personality.

(I partially attribute this cult-like aspect of yoga to the monetization of yoga and the cultivation of the yogi/ spokesperson. Every yoga teacher now seems to be a brand.)

Most yoga teachers now spend copious amounts of time on lecture and opinion replete with numerous sound bites from the current tome of the moment. This is enhanced when the teacher is 23 and expounding at length on her/his deep and mystical understanding of how the world works.

Usually, this same teacher will spend more time gathering up the students to perform demos on how to perfectly imitate the teacher’s version of the pose.

My worst nightmare is when I am asked to “find a partner” and spot each other. And if I don’t copy the teacher’s technique perfectly, I get adjusted. Often these adjustments are performed by someone with no prior knowledge of any injuries sustained on my body, the body the adjuster just touched.

If that isn’t enough, a soundtrack of background music chosen based on the current mood of the moment fills every possible opportunity for quiet contemplation.

The class inevitably ends with the obligatory Om or Namaste.

This same class could have happened at a 24 Hour Fitness, except the room I left was filled with Hindu statues and people wearing overpriced yoga garb who paid a lot more than 24 Hour Fitness charges. (At a commercial gym, I would surely have been spared the talk.)

For the past few years, I have been a yoga gypsy. Moving from studio to studio and class to class searching for one I could relate to, one that made me want to go.

Nothing has felt right.

Today, yoga has turned into such a scene and has become difficult for me to be incognito and have a truly personal experience. Suddenly, I am expected to be part of the yoga community, and from where I stand, much of it is ephemeral.

Countless people are serving up “Spiritual Junk Food.” It tastes good and feels satisfying going down but not long after, you are starving and want more.

The lack of nutritional value in what you are being fed turns you into a junkie. And then the attachment happens, the attachment to all the things which yoga was originally designed to rid you.

As an introvert, becoming a part of the yoga community is difficult. The yoga I fell in love with has become oppressive to me. And it feels like no one else notices the hypocrisy.

Yoga in a group setting is a unique opportunity for people to share an experience, exchange energy and feel connected without having the social obligations that come along with other gatherings. But it seems that so many other factors have now influenced how classes are conducted.

Many individuals who come to classes see yoga as not much more than a form of physical exercise with a bit of a pop-spirituality pep talk thrown in as a feel-good bonus.

So, what is an introvert yogi to do?

Home practice is always an option, but when did yoga become more about the teacher and less about the practice itself?  What happened to the other seven limbs besides asana?

It has been almost 30 years since my first class in New York City, and I have yet to find another teacher that has impacted me as much. The respect she showed her students reflected the respect she had for the practice. 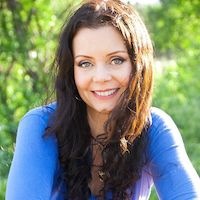