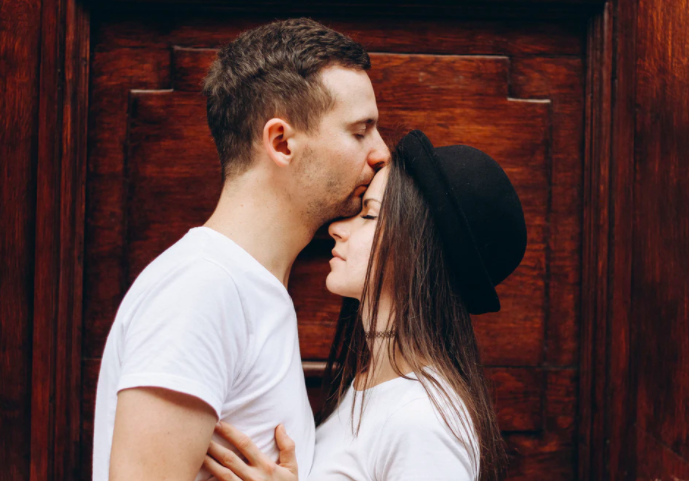 For over two decades, I have worked with men and women from around the world to help them improve their relationships.

I have noticed a common thread of unhappiness and disappointment throughout, a mĂ©lange of musical partners and dead end relationshipsâ€”patterns which can be avoided once we understand the hidden dynamics operating behind the scenes. Let me start by telling you about Trent.

Trent was ready to foreclose on love. All of his relationships had been short-lived. None had lasted more than a year and he no longer trusted in his ability to make good choices.Â  The women he chose fell into one of two categories: the â€śchronically dissatisfied” or the â€śDamsels in Distressâ€ťâ€”the ones he felt he needed to save.

These particular women, Trent later learned, felt that they had never received enough from their mothers. Believing they had been short-changed by the one person who was responsible for caring for them when they were small, these women projected a feeling of deprivation onto their partner, the next person in line to care for them. Their complaints about each â€ślove gone wrongâ€ť all shared a similar quality: â€śHe didnâ€™t give me what I needed. He never gave me the love I deserved.â€ť The more they clung to this early feeling, the less likely they could see their partner for who he really was and for what he was truly able to give.

The women in the second category felt very familiar to Trent. He could rescue them from their deepest pain. He could understand their hidden needs. He could read between the blurred lines of their desires and their dislikes. In the initial months of the relationship, Trent would feel inflated like a hero. A champion of love.Â  That is, until his feelings disappeared and his heart felt like a block of cement.

As a boy, Trent would try to ease his motherâ€™s unhappiness. For as long as he could remember, his mother was sad and lonely.

Trentâ€™s father could do no right in her eyes and, eventually, with all of his attempts to please her thwarted, he began spending more time away from home. From a young boyâ€™s perspective, Mom was alone and Dad was absent. Thatâ€™s when Trent, sensing a hole that needed to be filled, dove in. He was a good boy, sensitive and caring, the perfect rescuerâ€”skills he would employ in later relationships. He would give his mother what his father could not, and imagined that his love made her happy. Trent became the gleam in his motherâ€™s eyes. He became her raison d’ĂŞtre.

While it felt good to try to make his mom happy when he was young, it became burdensome as he grew older. He realized that he could never give her what she needed. He could never fully take her pain away. It had been a fruitless undertaking.

A parentâ€™s role is to give to a child; a childâ€™s role is to receive from a parent. When this order is reversed, a child can struggle in later relationships.

This was the case with Trent.

The natural wants and desires of his partners felt like a cascading torrent of demands. His body would tighten to the degree that he would say yes when he meant no and no when he meant yes. When Trentâ€™s relationships reached this point, they rarely lasted very long.

Trentâ€™s early dynamic with his mother caused great suffering in his relationships. His baffling shutdowns and rapid departures were destructive forces that both embittered him and enraged his partners. Intimacy and longevity with Trent didnâ€™t stand a chance.

Choosing unhappy women he felt he could save, Trent would initially be the hero, only to become the villain by leaving the women who loved him. Having hurt several partners, and numbing himself one too many times, Trent finally took time off from his relationship pain and put time into understanding his relationship patterns.

Breathing Can Clarify Your Feelings

In taking time for himself, he learned to set an inner boundary with his mother. In his mindâ€™s eye, he visualized standing far enough away from her where he could relax enough to feel his breath filling his body.

With his breath flowing, he could feel the emotions and physical sensations that gave him cues to know what he wanted and what he didnâ€™t want.

In time, he was able to differentiate between his desires for closeness and sensations that alerted him that he needed to step back and integrate what he was experiencing.

At the same time he distanced from his mother internally, he maintained a warm connection with her externally. Instead of continuing the pattern of giving to her, he was now able to receive from her. He could take in her love without having to give anything back.

Bonding with the Same-Sexed Parent Can Strengthen Your Relationship

His feelings for his father were also obscured by the fact that his mother preferred his company to his fatherâ€™s. Trent stood in his fatherâ€™s place as his motherâ€™s emotional partner. Feeling responsible for her emotional needs, Trent had little option to stand anywhere else. It was as though his father had been shoved behind a curtain where Trent had no access to him without his mother pointing the way.

In getting close with his father, Trent discovered what a great guy he was. It was shocking to learn that his father had always been there waiting for Trent to come to him. Trent just couldnâ€™t get to him, and his father had no way to pierce the dynamic that separated them.

The experience of reconnecting with his father was extraordinary.

With his father at his back, Trent felt as though he was tapping into an endless source of strength and masculinity.

Eventually, it changed the way Trent felt about himself. He now felt ready to resume looking for a partner. But he had questions.

After understanding the dynamics of his own childhood confusion, Trent wondered what sat on the other side for women. If a close relationship with his father was crucial for his ability to bond with a woman, what kind of relationship would a woman need to have with her parents so that she could have the best chance of succeeding with a partner?

What type of woman would make a good partner?

Hereâ€™s the bottom line: Look for a woman who genuinely adores her mother. If she has remained trusting and vulnerable to her motherâ€™s love, if she delights in receiving her motherâ€™s tenderness and care, she will receive similarly from you. Your relationship will also be strengthened if her mother and fatherâ€”whether they stayed together or notâ€”demonstrated care and respect for one another. Now letâ€™s turn the tables.

What type of man would make a good partner?

If he attempted to satisfy his motherâ€™s unmet needs and supply her with what she felt she couldnâ€™t get from her husband, look out. This man is likely to have difficulty appreciating your needs. Â Fearing that you will want too much from him, the way his mother did, he is likely to put his guard up by shutting down physically or emotionally when he feels heâ€™s getting too close to you.

Our partnerâ€™s relationship with his or her parents can be a trusted indicator of how frustrating or fulfilling our relationship can be. If thereâ€™s one takeaway, it would be this:

A solid bond with the same-sexed parent can be insurance that your relationship will endure.

With this principle as your guiding light, you now hold an essential piece of the relationship puzzle and can be more prepared when itâ€™s time to pick your life partner.

A Pema ChĂ¶drĂ¶n Quote for when People Annoy the Sh*t out of Us.

When Grocery Bill feels more like a Mortgage Paymentâ€”Try This. {Partner}

Where Were You when You Heard that Roe v. Wade was Overturned?