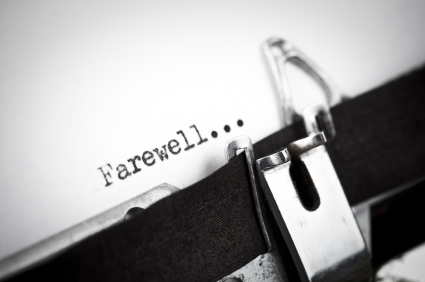 Breaking up is (nearly always) hard to do, but breaking off friendships is far more difficult than ending romantic relationships.

The reason is that at some point, most of us are aware that romantic relationships (even marriages) may end, but many of us see friendships as being for life. As one good friend put it, after awhile you become almost like family.

After having had two friendships end in the past year, I wish I had paid more attention to my gut and saw the signs that were there, but I chose not to see.

1. Your friend only contacts you when they need something.

We all have friends we may not be in constant contact with but turn to immediately in times of crisis. However, I am not talking about those situations or those people.

I’m talking about friends who only contact you if they need help moving, need to borrow money, or want to complain about their significant other but never reciprocate when you need them.

True friends are there for each other. Sometimes when they need you, it’s impossible to drop everything right then and there, but a friend will make a point to be there for you when you need them.

If it feels like your relationship is all give and take with you being the one who is giving and them taking, then it may be time to re-evaluate the friendship.

2.  They discuss things you shared with them without your permission.

We’re all guilty of this.

However, it’s one thing to share that your friend has gotten a new dog or moved to a new place and another thing entirely to share personal information you know they wouldn’t share with just anyone.

In this day and age of social media and blogging, some people seem to deliberately mine others for information to use for material or anecdotes.

Even before the age of the internet, some writers did this including author/social gadfly Truman Capote who famously betrayed the trust of his socialite friends including Babe Paley and Gloria Vanderbilt for his planned roman a clef Answered Prayers. (Indeed, he revealed such intimate details of the former’s philandering husband, CBS founder William Paley, that he left no doubt who the “inspiration” behind his characters were.)

While most (thankfully) will never have to worry about being the inspiration for a writer of Capote’s status, nearly everyone today has a blog, and I do know people who have had things written about them without their knowledge or consent.

In one case, an ex who was still “friends” with her ex-boyfriend wrote many unsavory things about him and even suggested he suffered from various mental illnesses. While she did not name him, she included so many personal and work-related details that anyone with Google could have found out who he was.

Frankly, I would not call a person who does that a friend.

Also, bear in mind that some people just want the personal stuff so they can feel better about their own situations or use it against you at a later time. Again. that’s not a friend.

If you suspect you are being mined for personal information for whatever reason, ask yourself if this is a case where you are constantly being asked to reveal personal things about yourself but your friend reveals little or nothing about themselves. If so, it’s possible you are being used and you don’t even know it.

Being a friend and loving unconditionally does not mean that you cannot criticize someone, especially if you feel they are going to do something they’ll regret and/or hurt themselves or others.

Granted, constantly criticizing someone or judging their every decision is bad, but sometimes tough love is in order.

I’ve had friends dole out tough love to me and while I did not want to hear it at the time, I later thanked them for it. As I mentioned in a recent piece, any relationship, including friendships, are going to have periods when the two of you disagree and even times when you do not speak.

It’s to be expected.

If someone wants unconditional love and never any criticism, then I strongly advise them to get a friend of the four-legged variety and not a human one.

As someone who hates losing friends, I know first hand how hard it can be to end a friendship. However, just like I hope none of you would stay in a romantic relationship that isn’t working, I hope that none would stay in a friendship that simply is not working or is making you feel drained and unappreciated rather than adding to your life.

Ending a friendship—even a long term one—need not be dramatic or nasty. Simply saying that you no longer feel like there is a place in your life for it or saying goodbye and that it’s time to move on, while thanking them for the memories, may be more than enough.

Cutting negative friendships out of your life can help you focus more on the ones that are working. Treasure them like the precious gifts they are.

6 Ways to Spot the Energy Suckers in Your Life.