7 Ways to Help Someone Who is Grieving. 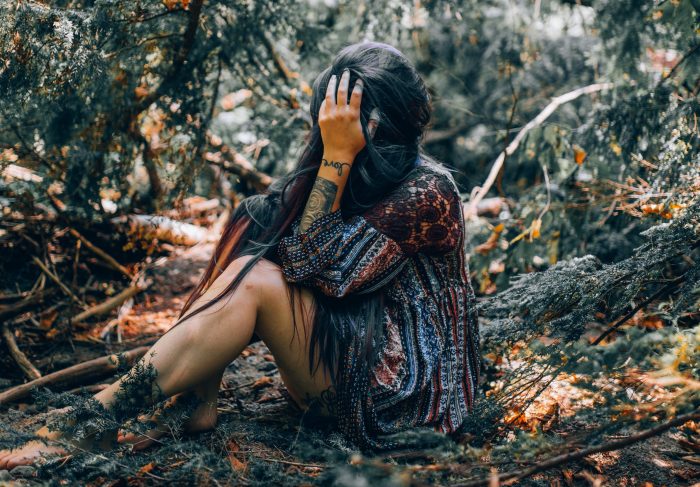 We tend, as a culture, to be uncomfortable with anything that isn’t efficient, productive and easily distilled into an elevator speech. As an Irish friend once said, “you Americans think you’re supposed to be happy all the time.”

I learned a lot about grief from Buddhist practice, enough that I became open to the needs of someone in pain, overcoming my own awkwardness and performance anxiety. I learned that it was not about me at all, but about helping the grieving person to function, to process, to ride out the storm of death, divorce, or serious illness.

Last year I lived through an epic darkness in which my mother died and my father’s cancer took his ability to speak and swallow. I had, then, my first major experience as the “grieving party.” It was a hard time, but it also completed my education in how to offer real help to someone who is suffering a loss.

Everybody meant well, and every word and gesture came from a place of caring, but the truth is that people did some stuff ranging from merely unhelpful to destructive and disturbing.

I offer you what I learned, in the hope that it will help you be the best possible support for those in need, and to avoid the inevitable awkwardness that comes with facing the raw and jagged pain of someone you care about.

1. When my mother was dying, and after she died, it meant the world to me when someone just came and sat with me.

The best “sitter” was my friend Penny. She was warm, and managed to be “normal” in a way that was not at all callous. She asked how we were doing, told us something about her day, and then followed our lead. She expected nothing from us. She talked if we wanted to talk, or sat in silence and offered her loving presence. She let us weep without visible discomfort, and knew when it was time to leave without being asked. She was a blessing.

Lots of people said “call me if you need anything,” but I could not have given them directives if my life had depended on it. For months I was in an alternate universe, trying to get through each day. I was overwhelmed with logistics, funeral details, making phone calls, dealing with financial arrangements, and trying to run two households and keep my job.

The people who really helped were those who just…did stuff. After the first burst of casseroles passed, close friends told me that they’d bring dinner every Monday.

And they did, for months: dad’s neighbours gave me a schedule of times when they could sit with him so I could go to work or spend time at my own house; another friend insisted that I call her when I was ready to clear out my mother’s drawers and closets so that she could help and then drive unwanted items to Goodwill.

I didn’t have to think about any of those offers of help. I just had to say “yes” and “thank you.” And I did.

3. Try to not say those things that people say when they don’t know what to say.

After mom died, we were told that “it was just her time,” that she was “with God now,” that “at least she wasn’t suffering any more” and that we should be comforted by the thought of her in heaven.

None of this was helpful. Some of it actually hurt. My mother was Jewish, and did not believe in heaven. My father is an atheist who does not believe in heaven or God. I’m a pretty tolerant Buddhist, and I’m generally not bothered by religious references, but hearing the “it’s all for the best” stuff was like being slapped.

Even if you know someone was suffering and is probably better off dead, you are not ready to hear about how it’s really fine that she’s gone. Because even if you may, someday, be able to wrap your mind around the truth that  death was the kindest thing, it’s not, and may never be fine with you.

The best things people said were “I’m so sorry for your loss” if they didn’t know mom well, and something about loving her and missing her if they did. With a hug, it was even better.

I will confess that I still have the dishes in which people sent food after mom died. I will also admit that, at one point, we were throwing away perfectly good food because it couldn’t be easily frozen and we could not eat five dinners in one night (I could barely eat one). We were incredibly grateful to the people who sent food so I didn’t have to think about it, but it was much easier if it appeared in disposable packaging and could be frozen for later use.

I didn’t have it in me to decant a pot of soup into plastic bags, put them in the freezer, wash the pot and return it to the generous provider. I just didn’t.

My lifelines, besides my immediate family, were people who showed up and kept showing up for months. They texted to check in. They called just to say “how are you today,” or tell me a funny story. One sent me a beautiful card every week or so. Most people will move on with their own busy lives, and/or feel that they are unable to offer more than they’ve given. I don’t judge that. I do know, though, I felt a solid little lifeboat of love built by the folks who gave in ways that took only minutes but meant the world to me.

I got lots of advice, particularly when my father was at his sickest, and I was his live-in caregiver for three months. The advice was often about dad’s attitude, and the fact that he would probably recover faster if he was more “positive.” (Not an easy trick if you’re naturally dour, you have cancer, you can’t eat solid food and your wife of 51 years has just died).

This was really, really not helpful. We were grieving a number of losses all at once. We laughed sometimes, we cried a lot,and we talked about mom, and we took each day as it came. I felt guilty and like I had failed every time someone suggested that I should also be “jollying him up” in some totally unnatural way.

I know that it wouldn’t have helped him to be told him directly that he might, in some way, be causing or worsening his cancer with his “negativity.”

It was really hard for me to summon the energy to tell someone that I just couldn’t look at old pictures of my mom on that particular afternoon, because I would break into a million pieces.

I felt awful when someone pressured me to come over for dinner and I just couldn’t drag myself out of the house.

I was sad, I was tired, and on top of all of that I was being rude to people who wanted to help me. What I loved was an easy out, something like “I’d love to show you these pictures I found from your mother’s retirement party, but not until you’re ready. Let me know.” Or “We’re making extra enchiladas and we’d love it if you joined us, but if today’s not good we’ll ask again soon.”

And when I was ready, I looked, I ate and I was grateful.