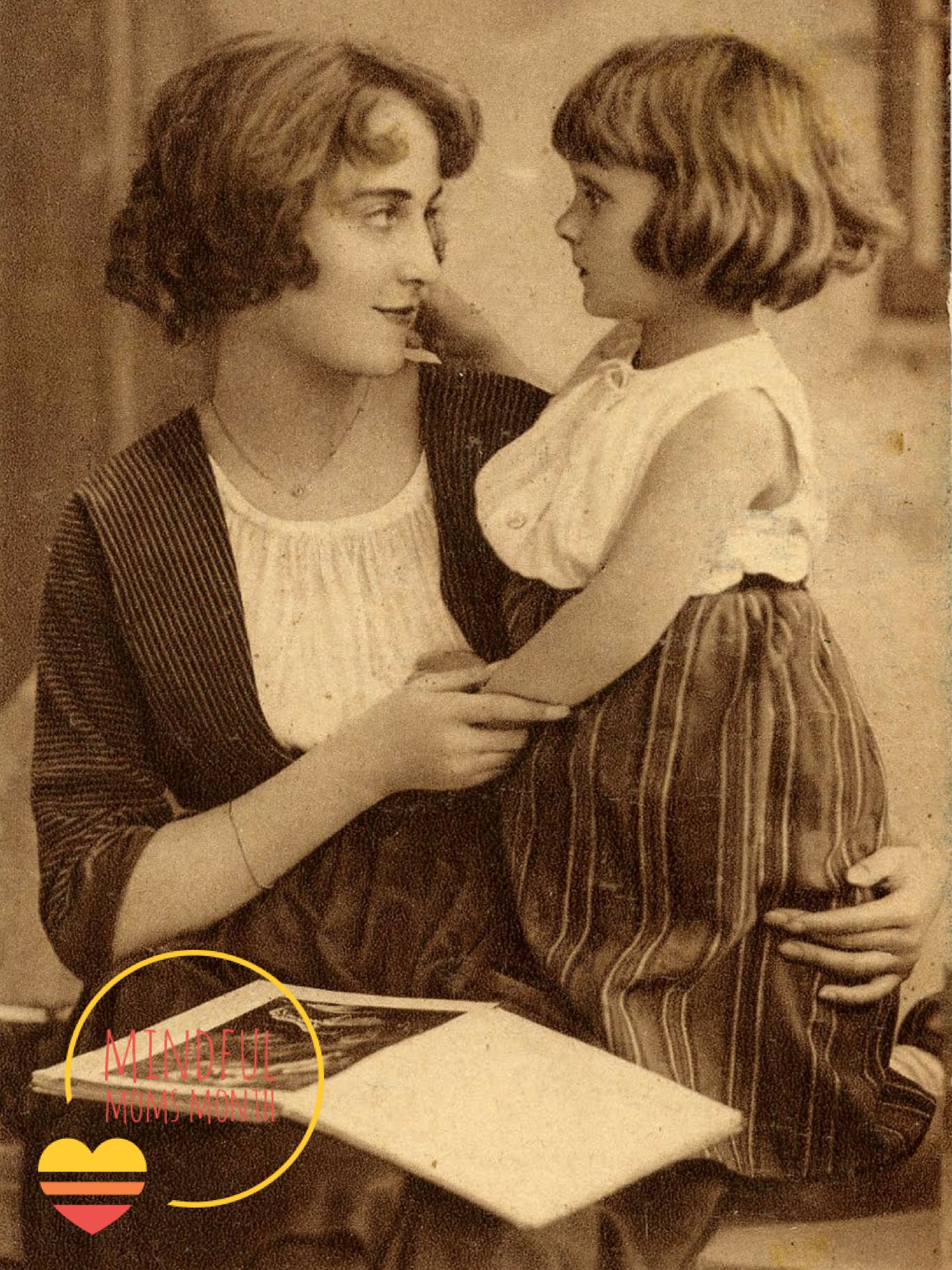 I remember talking to another new mom at a mom’s group when my son was a newborn.

The other new mom was clearly connected with her infant daughter; I could almost see the cord of love twining them to each other. I could see it in the gentle but sturdy way she held her daughter and the way she smiled and gazed at her—while my son alternated nursing and crying, nursing and crying, we chatted.

I nodded, but not because I agreed that a good mother wouldn’t forget to turn the baby monitor on. I nodded because I had that voice, too. It seemed to have arrived about the same time as my son’s placenta and was equally unpleasant, but unlike the placenta, it carried no nutrients.

Unfortunately, four and half years later, the sneaky, unpleasant voice still pipes up. I was bringing my son to school this morning, and in the bright sunlight, I noticed that his shirt had a few small pink smears on it, most likely dribbles of frozen yogurt.

My mind raced. Getting dressed this morning had been a battle, as my son is still in his monochromatic clothing phase. It is “Wear your class color” day at his school today, which meant his friends and teachers from the Green Room at his preschool would be wearing green. After a brief, heated discussion, I realized that my son would wear his favorite matching grey shirt and shorts instead.

“Honey, there’s not a Grey Room at your school, unfortunately,” I replied.

“Mama, make it the Grey Room!” he demanded.

So as we were walking and I noticed the stains on his grey, not green, shirt, I quickly decided that the easiest thing would be to let him wear his soiled shirt. He didn’t care. But the Good Mother did. A Good Mother wouldn’t let her son wear a dirty shirt to school! And a Good Mother would’ve noticed the stains before she left the house, she hissed. I shooed the voice away, but she popped back up when we arrived at my son’s school and I saw the sign for the school potluck, which happens to be tonight. I had forgotten all about it, and I have no idea what to bring.

A Good Mother would have a casserole, the voice whispered. Apparently, the Good Mother voice comes from 1955.

I am curious about whether dads have a Good Father voice. I often hear people saying, “Scott is such a great dad.” My husband is a great father. He is affectionate and fun, and he spends a lot of time with our kids. He bathes them and changes diapers and takes them out for ice cream and tries to soothe them when they’re sad. But it occurs to me that we set the bar much lower for fathers than we do for mothers.

Because all those great things that my husband does, I do, too. I smother my kids in hugs and kisses. I say, “I love you,” with my words and my actions throughout the day. I take them to the beach with their friends and keep them reasonably clean and reasonably well fed. I read their favorite books to them over and over again until the words feel like they’re melting my brain. And still, the Good Mother voice pops up to remind me that it’s just not good enough.

One of the hardest things for me about being a mom is that I make about 107 little decisions every day, and most of the time, I am totally winging it. Unlike work at a paid job, I don’t get regular feedback on how I’m doing.

So I think that as moms, we need to tell each other, “You are such a good mom.” And we need to really hear it when our friends or family says it to us. We all parent differently. We parent from our personalities and from our wounds. From our heads and our hearts. We parent from our unconscious family patterns and from tips on books and blogs. And it is never perfect because we are human and messy, and our kids are human and messy.

Honestly, the Good Mother— the one in my head— is not much fun. She doesn’t laugh when her son makes a joke about boogers. She is so busy baking casseroles and folding underwear that she misses out on dance parties in the living room.

When I quiet the Good Mother down, which requires a good deal of mental duct tape, here is what I think makes me a good mom: My kids know they’re loved. They are growing. They trust me. I keep them safe. And they go cuckoo with delight when I pick them up from daycare.

And maybe, just maybe, by cozying up to my imperfections, my laundry list of weaknesses, I can teach them that they don’t have to be perfect, either.

I’m a good mother. Say it with me, even if your kid is wearing a yogurt shirt today like mine is. Say it if you have no idea what’s for dinner. Say it after you raise your voice because your kid won’t get in her freaking car seat. Say it out loud to yourself. Say it to your friends or your wife or your own mother.