10 Weird but Awesome Habits that Aren’t Just for Hippies. 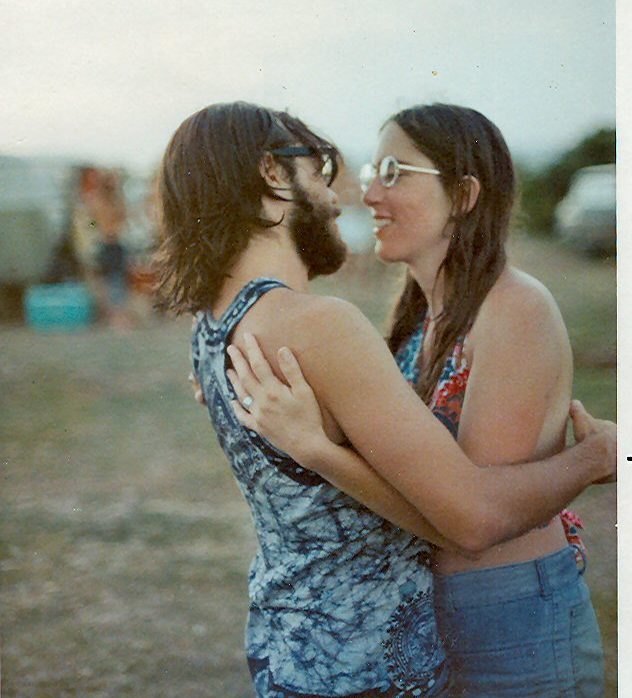 Bonus! 5 Peculiar Things that Could Change Your Life.

If you’ve read elephant journal for any length of time, you know there are some pretty unusual practices that some yogis follow.

The thing is, most of us aren’t some kind of crazy hippie saints who only buy organic and never swear or do anything silly. It’s not an either-or; there are a lot of “weird” yoga habits that are pretty awesome, even if you aren’t ready to abandon your occasional dish of gelato or hibernation with a great show on Netflix.

Jennifer and I decided to share a few of our favorites with you.

I know, I know, so many people think that all yoga practitioners are patchouli-scented, Nag Champa-burning hippies.

While I happen to completely adore Nag Champa, this stereotype is really an untrue caricature of most yogis.

Still, there are some “weird” yogic habits, tools, products and secrets that really aren’t just for hardcore yogis. Like these…

This has gone so mainstream that if you’ve read too many brain-eating amoeba articles and things that make you afraid that your water isn’t sterile enough, you can now buy over-the-counter products from brands like Arm & Hammer.

As someone with chronic sinusitis, two surgeries for a deviated septum under my belt and soon going on my second sinus surgery, I can personally vouch for how well this works. Even my pharmacist father says that nasal rinsing is nature’s decongestant.

What are you waiting for? Get to it—especially with cold and flu season on the horizon.

Okay, so maybe altars aren’t exactly for everyone, but putting special items in a special place just for your yoga and meditation practices is a sure-fire way to ensure that you’ll actually do just that—practice.

I’ve had so many people tell me that they “aren’t motivated” to practice at home. Do you know what I nearly always think? You don’t need an entire room—hell, you don’t even need a space larger than your mat—but you do need to place items that you enjoy looking at or being around (such as a favorite picture, figurine, or—ahem—gemstone) in one, un-moving spot that’s almost guaranteed to make you want to spend time there

I’m personally not into soy milk (or soy anything, really, anymore), but I am into cooking from whole ingredients. So what exactly is unprocessed food?

Let’s just put it this way: the closer it looks to the way that it started growing, the better. (Yes, this means you have to cook, and here’s another secret—cooking can be fun.)

At least this shouldn’t be just for hardcore yogis.

We can all give back in our own ways, and it doesn’t have to cost you a dime. Often, the most valuable thing that you can offer to another is simply your time and your presence.

Examples: sit with a friend and listen—don’t talk. Re-gift a book that touched you. Clean the house for someone who finds it difficult to manage (to name a few).

You know what? It’s not only the more dedicated yogis that enjoy their practices so much that they want to hop on their mats every day—maybe spending a good portion of their earnings on classes—or who simply love yoga.

Here’s a tip: if you don’t thoroughly look forward to going to your yoga class, then maybe you should try another teacher, style or facility. (There are lots of fish in the yogic sea.)

Or perhaps you’re the introverted, private sort? Go to classes initially, to learn proper form, and then practice with podcasts at home. (Psst—yogajournal.com—it’s free.)

In short, I firmly believe that anyone who gives a regular yoga practice a shot will come out loving it. After all, you feel too great afterwards not to. ~ Jennifer White.

I know.. I’m asking you to do what to your what now? But truly, second to neti pot, scraping your tongue is an easy opportunity to take a few minutes to improve your health.

Most people either love it or hate it, and it’s become kind of a hippie cliche, right up there with the ubiquitous coconut water. If you like sour tastes, you’ll find it appealing more quickly. When I was first diagnosed with Celiac Disease, kombucha became my go-to remedy during the healing process.

If you have any kind of digestive upset, if you are fighting off a cold—or even if you are just looking for a healthier alternative to soda—give it a shot.

If you have even a semi-regular yoga practice, you know breathing is important. If there is no attention to your breath, it isn’t yoga. It’s just stretching. But besides the ujjayi breathing, which most of us are familiar with, there is a whole “limb” of yoga devoted to pranayama or breathing practices.

Bhramari, or humming bee breath, feels incredibly silly the first time you do it. Then, it feels awesome. It’s an especially helpful practice for anyone who acts, sings or speaks in public on a regular basis, as it not only clears the physical throat, but clears the throat chakra and calms the mind.

Here’s how it works:

While we’re on the subject of breathing, Nadi Shodhana is a wonderfully energizing form of pranayama. All of these specific types of breathing are not what we are used to in the West. But think about it… if you are willing to believe that a little vial of some mystery crap called 5-hour energy at the gas station checkout register can boost your energy, why not try a simple breathing technique for a few minutes instead? I like to take a few minutes of Nadi Shodhana practice while my afternoon tea is brewing.

Here’s how you do it:

For many of us, Savasana can be the hardest part of our practice. Yoga nidra takes this time of letting go one step further. I used to jokingly call it “yoga nap,” but it’s really much more than that. Taking some time for yoga nidra can be both restorative and a great creative boost.

For those of us who push and push and like to keep ourselves right at the edge, the practice of letting go is a necessary addition. If no one in your area leads a yoga nidra class (many studios and shalas do them on an occasional basis) there are some wonderful podcasts and CDs to help you do a guided yoga nidra at home.

So, incense, chanting and crazy hippie habits… It’s possible to enjoy them—and still swear, go out to non-organic restaurants and have the occasional craft beer.

Let us know what your favorite weird hippie habits are in the comments!

Bonus: As a beer nerd and hippie wannabe, I enjoy drinking this green craft beer: