The Simple Secret to Avoid Being Boring.

I’ve just finished writing a book—it’s not the first book I’ve written and it’s a quick read, but I thought it was one of my better works.

I put a lot of research into it and managed to combine what I thought were some intriguing ideas on neurobiology with yoga and awareness practices. I sent it to my editor and when he got back to me his response went like this:

“Well…here goes,” is never a good way for your editor to begin.

When it was over, he ended with, “…and it’s…dull.” Up until that point, I had been revising the book in my head. But upon hearing those words, my heart sank.

I interrupted and held back from pointing out the irony of him calling me dull. Good editors are not paid for their winning personalities.

I listened patiently as he explained all of the reasons why the book was dull, and what he hated about it. I agreed to send him a check for our sadomasochistic encounter, opened up the computer and re-read my book.

It was only his opinion. Maybe the pacing was off, or I just needed to change the tone, or revise chapter two. I could be more clear about the basal ganglia of the brain interacting with the reticualar activiating system and its impact on the evolution of human awareness. All of that could be fixed. I couldn’t fix dull.

I finished reading. I came to the conclusion that yes, it was a little dull. In fact it was about as interesting and clear as the instructions for the IKEA bed frame I had just unsuccessfully tried to put together. (And that at least had pictures.)

I had gotten so caught up in the process of writing, thinking, analyzing, and researching, that I never even thought to think: was I really interested in what I was writing?

Was it something that moved me? Was I having fun?

I put the book aside, got out of the house and got out of my head. I spent the day hiking and meditating in the mountains. Nothing special, just what I felt like doing.

I have come to realize that if you never fail greatly, you will never have great success.

Failure is never a waste of time—it’s a step on the path. I had to think; what else in my life am I doing that is good, but dull. Am I writing and creating with heart? Am I really living fully? Am I doing the things I love each day? I know I’m doing good things, even great things some days, and compared to how things were, my life is pretty great. I’m fortunate, I have a business, I teach yoga and meditation, I write, I get to travel. But some how in my life there had crept in a sense of dullness.

Adjective 1. Lacking in richness or intensity.

It’s as if there is a part of my brain that puts a limit on the amount of joy I can have each day.

I won’t get into details about the neurobiology of the Reticular Activating System or the Basal Ganglia in the brain, because that would most definitely be dull. Basically we are hardwired for safety and certainty, and as a result a measure of dullness. Our brain would much rather have the certainty of an unfulfilling job or relationship than risk the unknown.

Even if we are not happy, at least that unhappiness is predictable.

When I have stagnation in my life, I’m often tempted to go to the other extreme. In fact I’ve been seriously considering a move to Thailand. On the surface that seems like a great idea, but as they say: wherever you go there you are. And eventually once the newness wears off I would still be stuck with myself.

Not that there is anything wrong with that. I’m good company if I do say so myself. And I would be in a tropical paradise, with beaches, fresh mangos and maybe even monkeys. (I saw a beer drinking monkey from Thailand on Youtube once.) At least things would be different.

But I also know that all newness wears off. I’ve taken a lot of leaps of faith in my life and that often ends with a fall involving some mangling or at least a really badly sprained ankle.

I’m interested in steps of wisdom, not leaps of faith.

Is it possible that just small steps could make our lives more interesting and joyful? It may not seem exciting, but brain experts say that you should start by taking a new route to work or a new trail while hiking.

Or maybe you get really crazy and try a new yoga class, or even take a break from yoga and do something really scary like Salsa dance class. (I’m still sore from that one.)

Small steps seem to be working for me. I am already feeling more interesting. (Surely not because I actually am.) But at the risk of dullness, I am creating new neural pathways in my brain and experiencing the world in a slightly different way. And if you change your experience just one percent each day, in 100 days you won’t just be 100 percent changed, you will be exponentially different, because all the new experiences will have a cumulative effect.

But be warned, because once expanded, your mind can’t go back to its old state. If you do this long enough, you may start doing things you never would have dreamed of, spending time with people you never would’ve known, even in a radically new relationship or career, and you could become, dare I say, interesting?

Change is a dangerous thing.

But if you keep creating little changes, then maybe escaping to Thailand and eating mangoes and drinking beer with a monkey might seem dull compared to what you are actually doing with your life. You can’t imagine the future you can create by simply changing a moment of your present.

Who knows, by then the idea of changing a single neural pathway in your brain each day and reconditioning your reticular activating system might seem like the most interesting thing in the world. 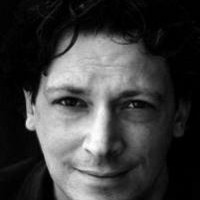