We never know what the Universe has in store for us.

As hard as it is to not know what’s going to happen from one moment to the next, we must trust that there is a force greater than us. This force, the Universe, is guiding us and looking out for us, even in the moments we feel all alone.

This has been my experience in life and after making the decision several years back to change my life completely, I have learned to have patience and trust and that all is going according to plan. The plan may not have ultimately been mine, but I know that the Universe has wonderful things in store for me and that’s a comforting feeling to be sure.

Throughout my journey I’ve learned some very valuable lessons that I would like to share with you.

Two years ago everything changed for me. I ended my marriage and moved from my safe, cozy, familiar life to a city where I knew virtually no one. A clean slate, I thought. A new life.

I knew that I was was starting fresh, but I didn’t really give my new life much thought as I made my plans. When I say I didn’t give it much thought, it wasn’t in a naive or irresponsible way.

I had a job and a place to stay, but beyond those things I just knew and trusted that everything else would fall into place and that it was all going to be okay.

How did I know this? Well I believe in a little—no, a big thing, called the Universe. I trusted its guidance when I made the decision to separate from my ex-husband and start fresh and knew there was a plan for me. A plan that was much greater than what I had in mind.

I didn’t know all of the details of that greater plan but could feel it inside of my heart. My heart—that loving voice that told me there were bigger and greater things out there for me.

When I made my decision to move, I started by looking for a job. I knew I would not move without being employed as I was not in a financially stable enough position to do so, so I scoured the online job sites until I found a job that appealed to me.

I ended up flying to two interviews—both on my own dime!

I could feel in my heart that this was going to work out and that the job was going to be mine, and it was! Three weeks before I moved I found out I got the job! I felt so strongly that the Universe had my back on this one that I had actually booked my ticket without knowing for certain the job was mine. It was a risky move, but the feeling was so strong, I went with my gut and took the plunge and it paid off.

I also knew that having a place to stay was a pretty important piece of the plan, so after telling close friends about my plans to move, they offered their home to me for a few months until I got on my feet. These happened to be the only people I knew in the city and what a blessing it was to have them open their home to me and to have their support to make the transition that much easier.

It can be hard to just “see what happens”—especially if it’s not in your nature to have such a carefree spirit—but trust me, it’s for the best.

I had these big, amazing plans based on making lots of money, loving my single life and meeting a close group of friends straight away. I think because I had a plan in place, I was that much more disappointed when the plan failed. With no set plan there are no expectations, and thus you will not be as disappointed with the situation (or with yourself) if it doesn’t go quite how you thought it would.

I hated all of the alone time I had with myself. I had never had time to get to know me. Who was this stranger I was living with?

“Who am I?” was a question I asked myself quite a bit, and I had no solid answer.

In addition to having expectations of loving my bachelorette lifestyle, I had great plans of attaining a close group of girlfriends immediately. Little did I realize that it’s a heck of a lot harder to meet “bffs” in your thirties! I managed to befriend a woman from Chile, with whom I spent most evenings and weekends. But in the end she was not such a great bff after all: there were lots of tears and one-sided conversations.

Needless to say I was thoroughly disappointed with myself because I had had such a hard time with it all. I was left feeling like a failure in the grand life I envisioned. I came very close to packing it in, admitting defeat, and moving home. And then what? I’d have to show my face to family and friends and say to everyone I left behind, say “Yeah, you were right. I made a mistake. Can I come home now?”

No. I decided that was not going to happen and so I stayed.  (Although…as you’ll see in the next lesson, admitting defeat is not always a bad thing. We do sometimes have to experience defeat for one reason or another.)

Looking back on everything now, I would not have put as much time and energy into the visions and the planning. Instead, I should have let the Universe guide me and see how it all unfolded. This leads me into the next lesson…

Lesson #3: Know when to admit defeat (and when to recognize that you are being tested or challenged by the Universe).

For me, this life experience was a challenge of growth and determination, so I rose to the occasion and accepted the invitation to grow. And it paid off!

Alternatively, had I risen to the challenge, stuck it out for another year and still ended up unhappy and miserable, at least I would have been able to look back on that experience and proudly say, “I made the move, made tough decisions along the way and although I experienced much growth, it is time to return home.” I would have been okay with that.

I had to know that I truly gave it my all and gave it the best shot I could. At that time, a year and a half ago, I hadn’t reached that point yet, which was why I stayed. So, if one thing fails, be open to trying it a different way, and so I did.

I recognized that living on my own was not the most beneficial situation for me to be in so I sought out a roommate. Did I think my ‘roommate’ days were over? You betcha!

I knew it had to be though, and so the woman from Chile and I moved in with one another and all was going wonderfully. During this transition time, I looked at my experiences up until then and when I say ‘looked’, we’re talking Sherlock Holmes with a magnifying glass!

I am in tune with the Universe and recognized these tough moments not as setbacks or failures, but as moments of learning and growth. There were certain things I needed to experience and the situations I was finding myself in were providing that growth that I so desperately needed.

Be open to what comes your way, even if it something you thought you would never do. It might be happening in order to teach you something valuable.

Recognize that what you may see or feel on the outside is often disguised as deep spiritual and emotional growth on the inside.

Had I not been in tune with my Self and recognized my experiences as opportunities of growth, I would have likely found myself back in the city I left and you wouldn’t be reading this right now.  Fortunately that is not the case, however.  I pride myself on being in tune with my Self, and with the Universe, and so I saw that my time here was not complete and I had much more learning to do than I had originally thought.

I am thankful for that awareness and so I continue to listen to my inner guide and watch for the signs, which continue to point me in the right direction.

The above was my situation about two years ago and it’s been about two and a half years since I made my move.  Within the past year and a half, as the Universe unfolds in the magical way that it does, I now find myself married to an amazingly warm, open, generous and loving man and we just welcomed our first child into the world five months ago.

Had I sat here a year and a half ago, in the apartment I shared with my roommate and wrote to you about my thoughts of how my future looked, being in an amazing relationship and having a child could not have been farther from my mind.

The Universe always has a greater plan for us but we tend to suffocate or extinguish its plans with our own. We often believe that we know what is best for us when, in my opinion, we often don’t.

There is a plan in place for each and every one of us and whether or not we are privy to all of that Divine information in the beginning is the Universe’s decision. We are on a need-to-know basis with the Universe and we must trust that there is a higher power guiding the way. The one thing that I love about myself is the same thing that I dislike about myself and that is: I follow my heart. Yes, it can be very frustrating sometimes and can get in the way a lot, but ultimately, that is what I trust and that is what I know to be the truth.

That Divine feeling in your soul that whispers, “You know the way”, that feeling of love and certainty, well, that’s the Universe making itself present to you and reassuring you that it’s all going to be just fine.

Do You Trust The Universe? 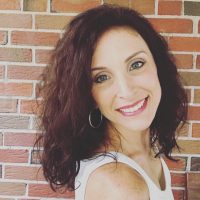